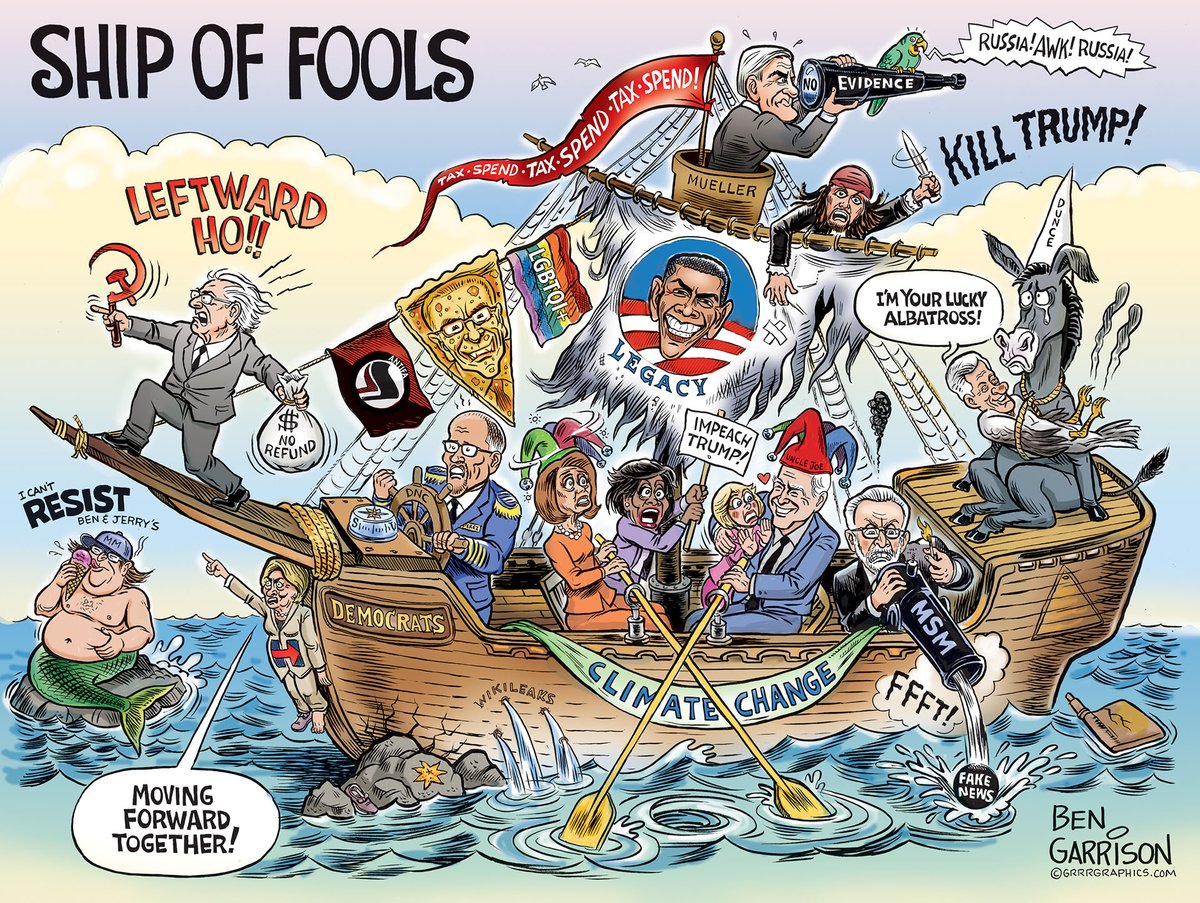 1. WE ARE A NATION OF IMMIGRANTS No, we’re not. We’re a nation of citizens. This country was built on legal immigration, and the ones who made it through learned the language and assimilated. Many didn’t get in. Today’s scenario is 15 million illegals ridiculing those who played by the rules. Legal immigrants wait 15 years to get green cards and many bring a ton of jobs with them. The Statue of Liberty doesn’t say “Give me your tired, your poor, your huddled masses yearning to breathe free, and all their relatives.” Learn the difference between legal and illegal.Oh, and don’t give me that old “They’re doing jobs Americans won’t do” line. They’re doing jobs Americans won’t do – for that price. In Canada, there are no Mexicans and the landscaping still gets done. They use teenagers.

2. THIS COUNTRY WAS BUILT ON SLAVERY  This old trope. A few rich Southerners had slaves. Then there was a civil war and America’s bank account dropped to zero. After that the country was rebuilt from scratch without slavery. As Pat Buchanan put it, we didn’t start slavery. We ended it.

3. WE STOLE THE COUNTRY FROM PEACEFUL INDIANS We fought them for 400 years. They fought against us, alongside us, and behind us. Fighting for land has always been part of the human race, long before we landed here. Asia, Africa, Europe, we’ve all done it but only one country is told to feel guilty for it. Today we would call this “stealing”. But for a long time, this was considered acceptable behaviour. Before we got here the Indians were fighting each other, and yes, it was savage. War Before Civilization: The Myth of the Peaceful Savage describes horrific mass graves from way before we got here. Indians used to shoot arrows into their victims for hours after the guy died so he’d be stuffed in the afterlife. Oh and the smallpox blankets is a myth.

4. AMERICA IS RACIST  Studies show that white people are actually the least racist group. Getting rid of all the racists would mean America would be almost all white. Therefore, fighting racism is racist.

5. BLACK YOUTH ARE TARGETED BY WHITE MEN Fact time. Black youth are in danger but it’s not white men killing them. Over 1,400 more black Americans murdered other blacks between 2010-2011 than were lynched from 1882 to 1968. Despite making up just 13% of the population, blacks committed half of homicides in the United States for nearly 30 years. In 2012, black people – at just a fifth of the size – committed almost 1,000 more murders than their white counterparts. It would take cops 40 years to kill as many black men as have died at the hands of others black men in 2012 alone. Black and Hispanic police officers are more likely to fire a gun at blacks than white officers. Blacks are 18.5 times more likely to kill cops than be killed by cops. Let’s not forget the black on white rape.

6. PRO-LIFERS ARE SEXIST Most women are pro-life. To ignore their rights while touting abortion is sexist. Also, gender-based abortion is becoming more popular. We’ve seen how that goes for women in China. It ain’t pretty. So stop using abortion rights as some kind of proof there’s a war on women when the opposite is true.

7. WE NEED FREE HEALTH CARE Not so fast. Have you seen the way Obama’s administration handles money? We’re 17 trillion in the hole. That’s a lot. Seventeen trillion seconds ago we were cavemen trying to figure out fire. This country is rife with severe obesity and millions upon millions of illegals. We don’t have the cohesion and health that other free health care countries have, so this perfectly reasonable idea is actually impossible until we sort our shit out.

8. AMERICA IS GETTING WORSE The air has never been cleaner. We’ve never lived longer. Crime is at an all-time low. By virtually every possible metric, life has never been better. Traveling, eating, sex, fighting – all safer than ever. The list goes on and on. I saw a homeless man today checking his iPhone while he asked for change. If you think things were so much better back then or in another country, get in either a time machine or plane and go there and let’s see how long you survive.

9. DIVERSITY IS OUR STRENGTH When it comes to restaurants this is true, and that is why people always use restaurants to prove it. By any other standard, it tends to go pretty badly. We should be encouraging everyone to err towards the same values. Assimilation leads to a sense of fraternity and that means a cohesive society. Why do you think Japan is so successful and get along so well? They are packed in there like sardines but they don’t mind because they’re all the same. When integration is discouraged you get Balkanization.

10. WE’RE ALL EQUAL You realize the children of geniuses tend to be smarter than the children of stupid people, yeah? This is why they ask sperm donors questions. That’s what happens when idealists have to practice what they preach. They scoff at eugenics until it’s time to make a baby. They love the gay lifestyle until their son bringshome a tranny. They love diversity until it’s time to choose a place to live or a school for their children. They pretend we’re all equal but they insist the government enforce this because they secretly know it isn’t true and in fact see themselves as superior to everyone else. They’re free to think that, but before going on a rant about it, maybe they should look up some basic facts first.

RTWT at: My Pensieve

Next post: 101 of the Most Useful Websites and Web Apps

Previous post: Midnight in the Labyrinth of Good and Evil