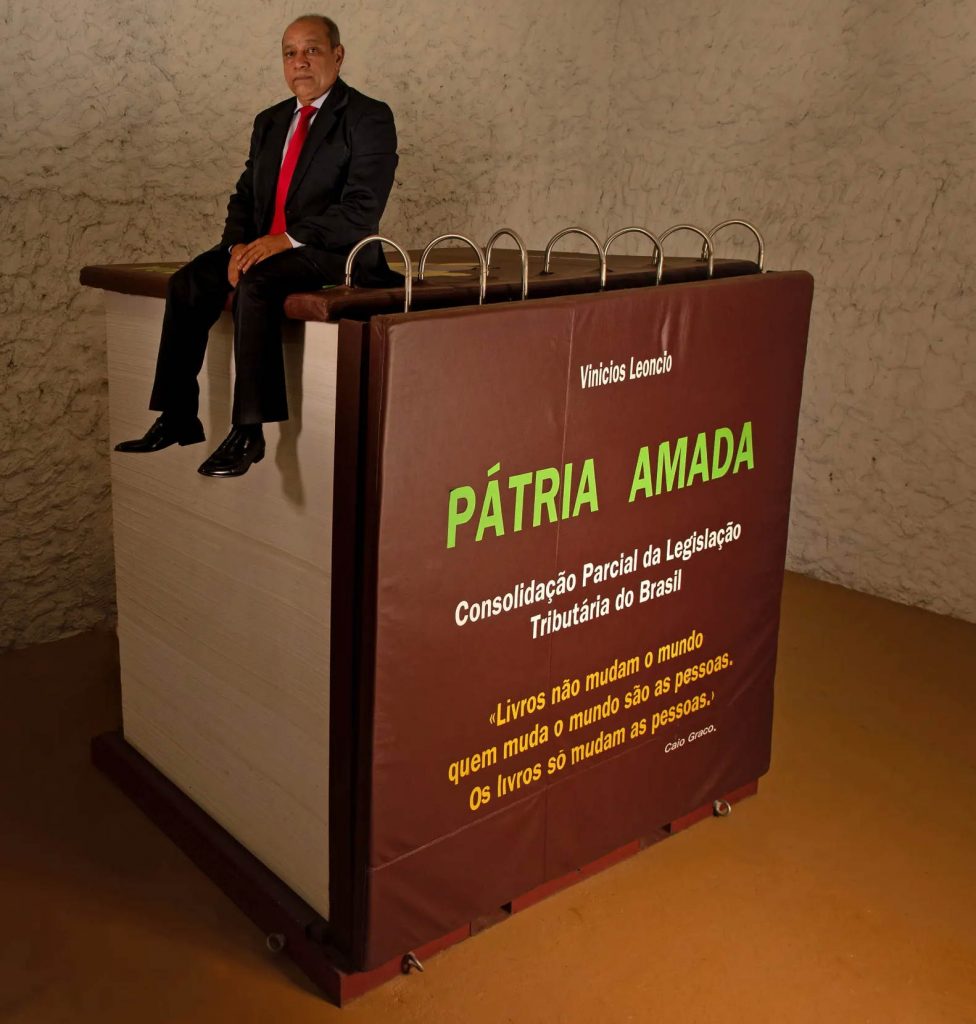 In Brazil in 2014, a tax lawyer named Vinicius Leôncio created one of the world’s largest books as a form of protest.

The result of 23 years’ work, Pátria Amada (Beloved Country), is a 7.5-ton testament to the ridiculous immensity and complexity of Brazilian tax laws. Leôncio was the first to bring together every Brazilian tax code in one volume (complete for only a brief moment, as 35 new tax laws are added to Brazilian legislation each day). Its 41,000 pages mean that the book is 2.10 meters thick, towering over any prospective reader. Leôncio spent R$1 million (£205,000) of his own money to print the book in a shed, using an imported Chinese printer accustomed to cranking out billboard posters. He spent an average of five hours a day researching and collecting the laws, with a staff that grew to 37. Three heart attacks, a divorce, and a new marriage failed to dissuade him from his task of highlighting “the surreal, punishing experience” of dealing with a tax system gone haywire. “I simply thought that something should be done about the humiliation we must endure to pay our taxes in this country,” he said. — From cut-out confessions to cheese pages: browse the world’s strangest books

Next post: Joe Biden Today: On the Road Again…. to the nearest empty parking lot