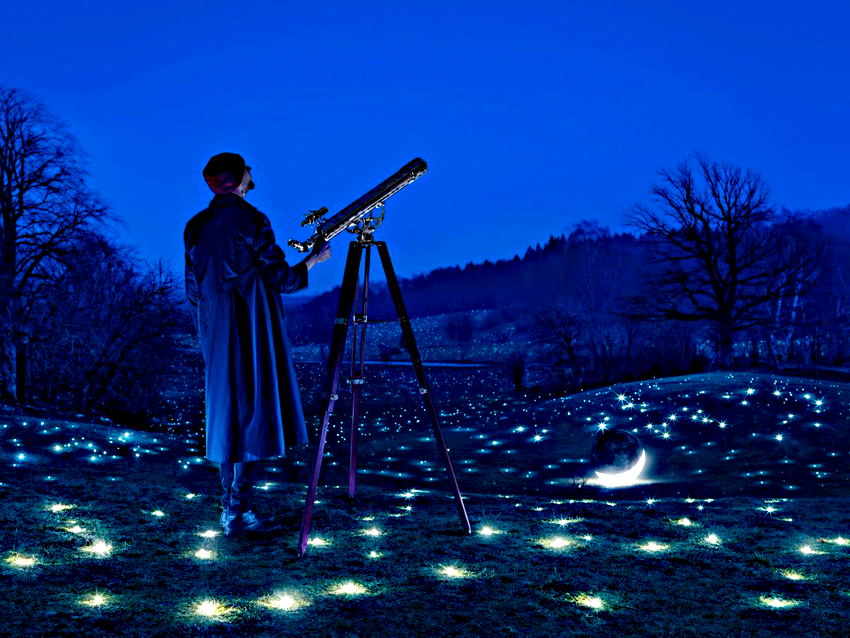 Starting from a brief standing sleep, I was horribly conscious of something fatally wrong. The jaw-bone tiller smote my side, which leaned against it; in my ears was the low hum of sails, just beginning to shake in the wind; I thought my eyes were open; I was half conscious of putting my fingers to the lids and mechanically stretching them still further apart. But, spite of all this, I could see no compass before me to steer by; though it seemed but a minute since I had been watching the card, by the steady binnacle lamp illuminating it. Nothing seemed before me but a jet gloom, now and then made ghastly by flashes of redness. Uppermost was the impression, that whatever swift, rushing thing I stood on was not so much bound to any haven ahead as rushing from all havens astern. A stark, bewildered feeling, as of death, came over me. Convulsively my hands grasped the tiller, but with the crazy conceit that the tiller was, somehow, in some enchanted way, inverted. My God! what is the matter with me? thought I. Lo! in my brief sleep I had turned myself about, and was fronting the ship’s stern, with my back to her prow and the compass. In an instant I faced back, just in time to prevent the vessel from flying up into the wind, and very probably capsizing her. How glad and how grateful the relief from this unnatural hallucination of the night, and the fatal contingency of being brought by the lee!

Look not too long in the face of the fire, O man! Never dream with thy hand on the helm! Turn not thy back to the compass; accept the first hint of the hitching tiller; believe not the artificial fire, when its redness makes all things look ghastly. To-morrow, in the natural sun, the skies will be bright; those who glared like devils in the forking flames, the morn will show in far other, at least gentler, relief; the glorious, golden, glad sun, the only true lamp—all others but liars!

Nevertheless the sun hides not Virginia’s Dismal Swamp, nor Rome’s accursed Campagna, nor wide Sahara, nor all the millions of miles of deserts and of griefs beneath the moon. The sun hides not the ocean, which is the dark side of this earth, and which is two thirds of this earth. So, therefore, that mortal man who hath more of joy than sorrow in him, that mortal man cannot be true—not true, or undeveloped. With books the same. The truest of all men was the Man of Sorrows, and the truest of all books is Solomon’s, and Ecclesiastes is the fine hammered steel of woe. “All is vanity.” ALL. This wilful world hath not got hold of unchristian Solomon’s wisdom yet. But he who dodges hospitals and jails, and walks fast crossing graveyards, and would rather talk of operas than hell; calls Cowper, Young, Pascal, Rousseau, poor devils all of sick men; and throughout a care-free lifetime swears by Rabelais as passing wise, and therefore jolly;—not that man is fitted to sit down on tomb-stones, and break the green damp mould with unfathomably wondrous Solomon.

But even Solomon, he says, “the man that wandereth out of the way of understanding shall remain” (i.e., even while living) “in the congregation of the dead.” Give not thyself up, then, to fire, lest it invert thee, deaden thee; as for the time it did me. There is a wisdom that is woe; but there is a woe that is madness. And there is a Catskill eagle in some souls that can alike dive down into the blackest gorges, and soar out of them again and become invisible in the sunny spaces. And even if he for ever flies within the gorge, that gorge is in the mountains; so that even in his lowest swoop the mountain eagle is still higher than other birds upon the plain, even though they soar.

Next post: Just when you thought your were safe in your house…