You Own You |     There is a simple reform that addresses the abuses of the tech giants, as well as some of the other problems created by technology. You own you. That means your personal information, your image, your words, they all belong to you and anyone using them must have written permission. If FaceBook wants to sell your demographic data to some marketing company, they must have your written permission and not just through the abuse of leonine contracts. You have to consent to each sale. This is not a new idea. Your credit record is not something the credit bureau can distribute without your permission.

Trash Food    In America, class lines run parallel to racial lines. At the very bottom are people of color. The Caucasian equivalent is me—an Appalachian. As a male Caucasian in America, I am supposed to have an inherent advantage in every possible way. It’s true. I can pass more easily in society. I have better access to education, health care, and employment. But if I insist on behaving like a poor white person—shopping at secondhand shops and eating mullet—I not only earn the epithet of “trash,” I somehow deserve it.

The term “white trash” is class disparagement due to economics. Polite society regards me as stupid, lazy, ignorant, violent and untrustworthy.

I am trash because of where I’m from.

I am trash because of where I shop.

I am trash because of what I eat.

Participating in such a feast is considered proof of being very cool and very hip. But it’s not. Implicit in the menu is a vicious ridicule of the people who eat such food on a regular basis. People who attend these “white trash parties” are cuisinally slumming, temporarily visiting a place they never want to live. They are the worst sort of tourists—they want to see the Mississippi Delta and the hills of Appalachia but are afraid to get off the bus.

Mesmer said that animal magnetism crackled all around us, though it was especially concentrated in human nerves. He claimed he could cure illnesses by manipulating this invisible fluid in the ailing body. His theory did not seem as implausible in 1784 as it does now; it crossed ancient humoral medicine with the best accounts then available of how electricity and magnetism worked. Mesmer had made a few false starts in Austria, including the time he promoted a theory of “animal gravitation,” before taking Paris by storm in 1778. While he called his practice animal magnetism, his opponents would coin, and his successors would eventually adopt, the term mesmerism. He Blinded Me with Science | Lapham’s Quarterly

How Two Thieves Stole Thousands of Prints From University Libraries –    So instead of loitering in the library all day, cutting at their leisure as they had done everywhere else, Kindred and Green devised a different plan. Departing from a theretofore successful criminal formula would seem to most thieves to be a bad idea, especially if they were driving a car bursting with evidence of their prior success. But the theft of rare books from libraries has traditionally been so easy that it instills in even the least talented thief the idea that he is a criminal mastermind. So Kindred thought his plan was flawless. He broke in late at night, found a spot in the stacks with the largest concentration of books with prints, picked out his favorites, and then lowered them by rope out a window to Green below.

A Six-Foot Lizard Is Terrorizing a Florida Family. Trappers Can’t Catch Him.   A giant Asian water monitor has been prowling around the Lieberman family’s backyard since Sunday. “My wife is scared to go in the pool,” Zachary Lieberman told The Beas

In upstate New York, an ecstasy-inspired psychedelic temple rises –   The couple, who have been together since first meeting (and dropping acid) in 1975, previously ran an art space in Manhattan. After closing down their Chelsea outpost in 2009, Alex and Allyson moved upstate, where they have been running their collective and a psychedelic variant of a bed-and-breakfast. Their Wappingers Falls location hosts monthly full-moon festivities, as well as large concerts and events. Placing art at the very center of their faith, the estate already features large-scale architectural artworks, such as the three-story gazebo-temple Altered States made by artist Kate Raudenbush, who describes herself as “New York-based, Burning Man–bred.”

Does Mr. Fred Reed have a mouse in his pocket? Has he returned from his self-imposed exile to Trashcanistan*-on-the-Baja (*this being the kinder and more printable of two names I use to describe Turd-world #&!!holes, the one that I would have chosen being one that rhymes with Spitholia)?

The one from whence he regularly lambastes us poor, ignorant boobs about how we’re doing it wrong, whereas his chosen, um, Spithole having vastly better manners, healthcare, and all-around good sense than the land of his birth, (provided we leave out mentioning the endemic corruption, impending descent into Venezuelan levels of socialism, the lamprey-like relation it enjoys with us gabacho gringos, the utter dependence upon our sufferance of those pilfering predations, the hypocritical stance it takes about its own immigrants as opposed to the ones it regularly lobbies for with regard to its own native under-educated criminal thieving murdering export to America’s lands, and the random appearance of bodies hanging from overpasses and heads in duffel bags or randomly scattered alongside the odd ditch down there in Paradise)?  Raconteur Report: Not In The Mood For Hypocritical Lecturing

How I Came To the Story –    Around the fire at night I learned of famous climbs and climbers. The talk was of men and women who had been real heroes and heroines, back in the days when mountaineers were more explorers than the athletic achievers that so many of those getting to the tops of peaks today have become. In Washington State we had history-making luminaries like Willi Unsoeld, Jim Whitaker, Marty Hoey (she would have been the first woman to summit Everest if she had not fallen 6,000 feet to her death while climbing it). We had Fred Becky. A close friend of mine, call him Wild Man Dan, had tagged along with Becky to the top of several pinnacles. Author of the three-volume Cascade Alpine Guide, Becky was a genuine explorer, making more first ascents, and naming many of these mountains, more than any other North American climber in history.

Richard Powers’s Pulp Surrealism   Initially, he paid lip service to genre conventions, sneaking his modernist sympathies in by the side door, as gaseous, abstract backgrounds for rocketships and space cadets. But as soon as he saw what he’d gotten away with, he upped the ante. His cover for Childhood’s End (1953) by Arthur C. Clarke was an industry game-changer: who knew SF readers would snap up a book whose cover features a reptilian god’s eye in a pulsating, blood-red sky, a naked man caught in its pitiless gaze?

“OH, THAT’S GOT TO BE A FOREST.”  I zoomed in more closely to the crater, the actual sides of the mountain, and I could see that they were this smooth granite. It was an inselberg. The sides were steep, smooth, fortress-like. And that’s when the excitement came because if you can’t get up there, then that forest is unique, extremely special, highly undisturbed, very rare. You’re looking at a site where no humans have been before, or at least very few humans have been before. How Google Earth led a team of scientists to discover a rainforest on Mount Lico –

Then there was a man who lived in the hollow down the road, in a cabin with a dog named Bear. He played the banjo, the jaw harp, and the “gittar,” and he carved faces into wood. I adored him. He built us a log house in a clearing on the hill that rose into the woods at the far end of our property. We moved out of our farmhouse, he moved out of his cabin, and we all lived together on the hill, with the hackberries and beeches and oaks gathered around us, and he was my father then.  The Unbearable Lightness of Being My Father

Garum –    Slaves and laborers made the aromatic fish sauce by chopping up whole fish, including their guts, and tossing them into large clay pots with salt (amounts varied). The concoctions were then left to ferment for at least nine months under the hot Mediterranean sun while halophilic, or salt-loving, bacteria from the fish’s guts helped break down the flesh. 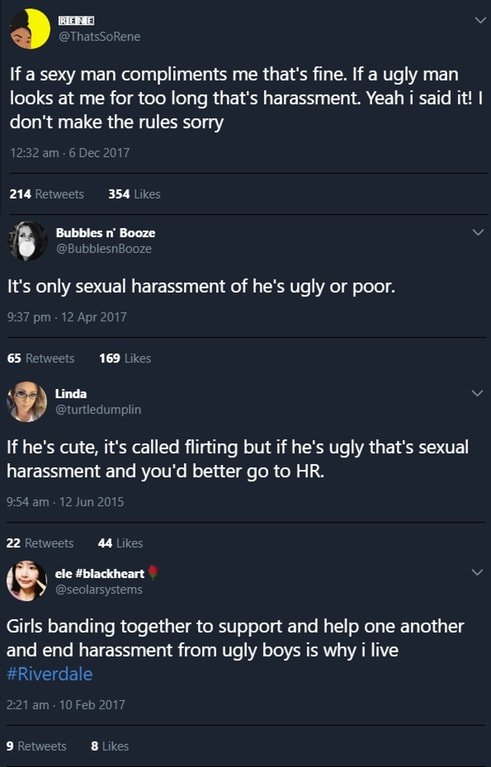 Previous post: Jim Daniels: You Bring Out the Boring White Guy in Me