Strange Daze: Premonitions of Civil War and “The Soul of the Rose” 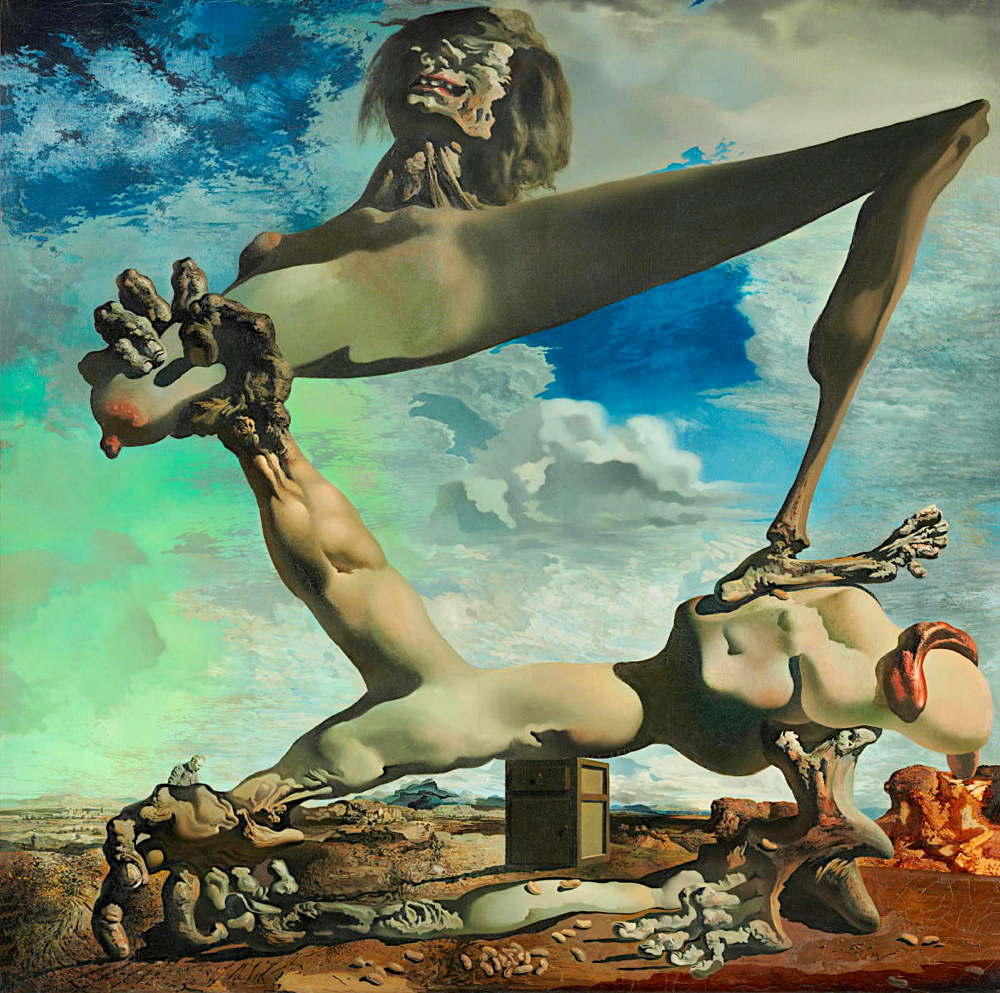 The Second American Civil War – by Paul Fahrenheidt Not only will America have a Second Civil War, but it will be a Second War Between the States. As a matter of fact, I can fairly accurately predict what the battle lines will look like:

The war will not be “Urban v. Rural,” like many make it sound. In fact, it will be fought in all terrains, climates, and regions of the country. Why is this? Because “Team Red” and “Team Blue” is the Occam’s Razor way of understanding the way things stand currently in the United States. Team Red includes everyone from our side of things (BAP sphere included,) to just shy of Normie or Corpocons. Team Blue includes everyone from Shitlibs to Antifa, to regime shills and (likely) military loyalists.

Blue Cities in Red States will get with the program very quickly. Red Hinterlands in Blue States will do the same, though the latter will have less reason to do so (especially if they share a border with a Red State.) Regardless of how it exactly shakes out in the weeks and months between “Crisis” and “War Starts,” the battle lines will (at least initially) be drawn on state borders.

Dali: In this picture I showed a vast human body breaking out into monstrous excrescences of arms and legs tearing at one another in a delirium of autostrangulation. As a background to this frenzied flesh devoured by a narcissistic and biological cataclysm, I painted geological landscape that had been uselessly revolutionised for thousands of years, congealed in its normal course.  The soft structure of that great mass of flesh in civil war I embellished with a few boiled beans, for one could not imagine swallowing all that unconscious meat without the presence (however inspiring) of some mealy and melancholy vegetable.  ” (Salvador Dalí, The Secret Life of Salvador Dalí, translated by Haakon M. Chevalier (New York: Dial Press, 1942), p. 357) The savage and brilliant Margaret Anna Alice is asking why a lot in A Mostly Peaceful Depopulation. Here are some questions she poses concerning… TOTALITARIANISM

Why are governments, public health agencies, the media, Big Tech, and “experts” stoking fear instead of calmly assessing the data and attempting to dispel panic—like every responsible authority has done for genuine crises in the past?

Why are all of these entities speaking in unison with a single voice as if everyone has been handed the same script?

Why are they covering COVID 24/7 on every available outlet, drumming up the death tallies and case counts and behaving as if it were the only newsworthy story on the planet?

Why are people all suddenly parroting the same phrases like “social distancing,” “New Normal,” “Build Back Better,” and the Orwellian double-think gem “together apart”?

Why does it seem like everyone has suddenly lost their capacities for critical thinking, reasoning, logic, and scientific analysis?

Why are they encouraging discrimination against those who refuse to comply with unscientific and nonsensical guidelines?

Why did they turn the world into an open-air prison?

Why are governments patterning their policies after Biderman’s Chart of Coercion? 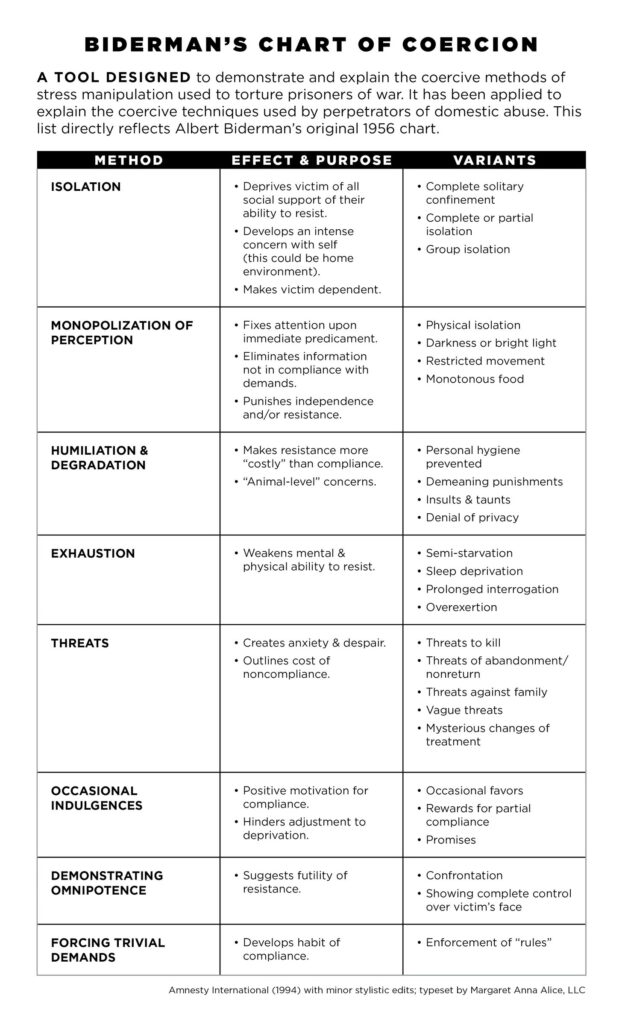 More, MUCH MUCH MORE at A Mostly Peaceful Depopulation. “The Soul of the Rose” by John William Waterhouse She is an embodiment of femininity, beauty, and sensuality, completely immersed in her experience of sniffing the rose, seemingly oblivious of the world around her. Her eyes appear closed and her head is slightly tilted upwards as he holds the rose to her nose. If we look closely, her red lips almost blend in with the rose held against them. We wonder, is the woman just an extension of the rose itself?

An interesting fact about the woman is that she could have been either the model Miss Muriel Foster or Beatrice Ethel Hackman, who was younger. Both women were models for Waterhouse for several of his paintings.

If we look at the surroundings, it is evident the woman stands in a courtyard of sorts. Behind her, in the lower right part of the composition, is a plant pot and what appears to be a sliver of a window just above it, the rest of the building is out of our view. She is possibly in an enclosed garden. And Robin’s magic punch… it packed a punch.

The smell of Coppertone sunscreen was in the air along with honeysuckle, and farm animals – and the occasional backfire of a muscle car.

Dave’s dad was in good form, charming the ladies, young and older.

The kids swam in Dave’s pool, and ran all over the backyard grass.

After the July 4th festivities and parade, we retired to Craig and Julie’s beautiful winery and sipped delicious wines and wine slushies. The Delta Breeze kept the afternoon cool.

This is the greatness of America. And it is about the people.

As we were leaving to drive 15 minutes back to Sacramento, another friend who was returning from an out-of-state trip shared photos of July 4th protesters who closed down Interstate 5. And they were allowed to shut down the freeway. The contrast was stunning. Oil from U.S. reserves head overseas as gasoline prices stay high | HOUSTON, July 5 (Reuters) – More than 5 million barrels of oil that were part of a historic U.S. emergency oil reserves release aimed at lowering domestic fuel prices were exported to Europe and Asia last month, according to data and sources, even as U.S. gasoline and diesel prices touched record highs.

Lori Lightfoot today: “The toxicity in our public discourse is a thing that I think we should all be concerned about.”

You’d think with all the thousands of folks getting shot in Chicago every year someone would at least get one right. But no, she is still consuming oxygen on her way to her final state: Compost. The Second American Civil War – by Paul Fahrenheidt The bottom line is that the Federal Government is undergoing one of the greatest manpower shortages it has ever experienced. Most of the individuals they’re losing are competent white men in the case of the civilian side. In the military case, the ones leaving are disproportionately Senior NCOs and Junior Officers. That is, E6s (Staff-Sergeants)-E9s (Sergeant Majors) and O1s (Second Lieutenants)-O3s (Captains.)

For the non-military minded readers, Senior NCOs and Junior Officers are (functionally) the most important parts of the Army. They are responsible for the execution of nearly all actual missions thought up by the higher-ups. This will in essence mean that the military will have too many brains and not enough limbs.

All of post-war leftism is embedded in this tweet

The hatred of our basic nature, the medical-science solutions to undoing its fairness, the bureaucratic committee that decides when you’re measurably fit to form a family, the call to the mob to make it the new law. It has it all https://t.co/89gIMRA8uW

Yes, it is A HALF HOUR… but you can speed it up if you just like to see a good deed done well.

They make oversized “Healthy At Any Size” wheelchairs now pic.twitter.com/SSNIGtGndT

“Cleaner throws out ‘rubbish’ Sala Murat artwork.” Why, you might wonder, does the word “rubbish” sport scare quotes? You are right to wonder.
The art work in question consisted of “Works made out of newspaper and cardboard, and cookie pieces scattered across the floor.” Oh dear, Oh dear: “the cleaner had handed them over to refuse collectors, thinking it was rubbish left behind by workers who set up the Mediating Landscape exhibition.”

Here’s a rough rule of thumb, a working principle, if you will: if an intelligent janitor or maid cannot tell the difference between a genuine work of art and an art-world fraud that is visually indistinguishable from a pile of rubbish, then the agglomeration is a pile of rubbish and should be treated accordingly. This will not be the romance of 1861-1865. Names and legends will be born, as they are in all wars, but they’ll be a small conciliation to the sheer weight of loss that will follow. I doubt it will break America, but it will age it. Even our ideals on the Right-Wing side of things, our justified hatred of the current order and hope to change it, won’t be enough. We may even forget it after the first five minutes, when no one will remember why the war was fought in the first place. Only that we’re Team Red and they’re Team Blue.