Our culture trains men to be failures, to be indecisive, broken and confused. Authority figures prepare men to be losers. Parents, teachers, films, commercial advertisements, and the news media guide children towards a future that no longer exists. They train their students for an economy that was sent overseas.

Then adults mock them for being lost.

It’s all so tiresome.

DRIVE HIM FAST TO HIS TOMB. Anthony Fauci says that he’s experienced rebound Covid symptoms after taking a Pfizer’s antiviral Paxlovid – which studies now show is NOT effective for people who are vaccinated

I am so proud of my strong, beautiful daughter for not allowing this to faze her. She continued to smile and pose for the picture like a Queen.

No child should be pushed to the side for a photo op. PERIOD!! https://t.co/TA50EntDoq 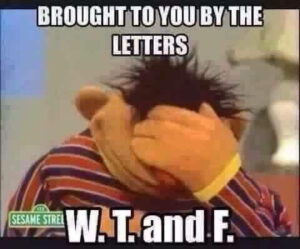 Are all these people certainly guilty of breaking the law? No, not at all. Epstein—like a good and diligent intelligence asset—was careful to surround himself with legitimate and entirely clean individuals, along with his fellow accomplices. Do they all need to be questioned and investigated thoroughly, though? Yes, a thousand times yes; one hundred percent. I’m surprised the innocent among them are not fighting tooth and nail to clear their names.

“Here, a government entity sought to punish an individual for engaging in a brief, quiet, personal religious observance doubly protected by the Free Exercise and Free Speech Clauses of the First Amendment. And the only meaningful justification the government offered for its reprisal rested on a mistaken view that it had a duty to ferret out and suppress,” Justice Neil Gorsuch wrote in the Court’s opinion. “Religious observances even as it allows comparable secular speech. The Constitution neither mandates nor tolerates that kind of discrimination.”

“And then I saw President Trump push the Secret Service agent out of the Oscar Meyer Weiner mobile, scream ‘yippee ki yay motherf****r’ and drive off into the sunset.” It Was Easy For The Goths To Invade Rome. This Is The Reason Why 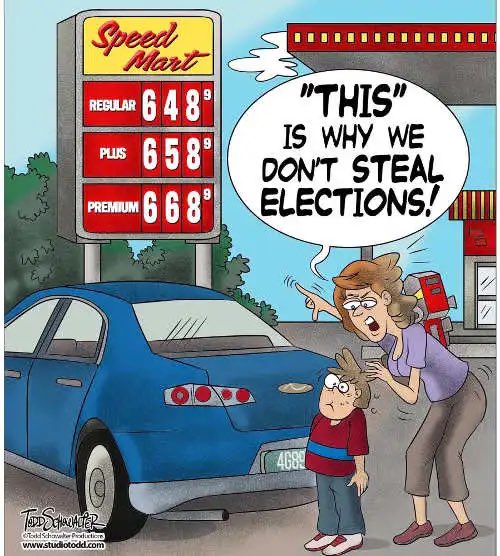 Servant of the Corrupt —By October, the first episode of a new show, Servant of the People aired on Ukraine’s 1 1 channel, in which Zelensky played the leading role: a high-school history teacher who unexpectedly becomes President of Ukraine and is committed to fighting government corruption. 1 1 is owned by the 1 1 Media Group, one of the largest Ukrainian media conglomerates, whose owner, according to the Atlantic Council, is none other than Kolomoisky himself, giving him “significant political influence in today’s Ukraine. His media assets were used to promote the 2019 election campaign of President Zelenskyy, whose hit shows previously aired on Kolomoisky’s network.”

The Servant of the People series itself was produced by Kvartal 95, the company founded by Zelensky, whose partners were implicated in a network of offshores by the Pandora Papers. After Zelensky’s ascension, key figures of Kvartal 95 joined Zelensky’s administration. Ivan Hennadiyovych Bakanov, for example, went from head of the production studio to the leader of the Security Service of Ukraine under Zelensky.

The show literally created Zelensky’s presidential persona, effectively allowing him to build an unofficial campaign against the incumbent administration until March 2018, when a political party named after the television series was registered with the Ministry of Justice. In December 2018, Zelensky officially announced his presidential candidacy on 1 1.

The Management of Fanaticism – PJ Media

This weird engine is 18th Century CE; It allowed researchers to work efficiently with up to 8 open books at the same time. pic.twitter.com/98Qy9siWML In Beijing, the Communist Party, having decided it would eliminate the COVID-19 virus from China, has embarked on a program of population-movement control unparalleled in human history. Therefore Xi will persist against the virus, just as Putin will continue to batter against Ukraine, not in the hopes of actually solving the stated problem but because in ideological totalitarianism, fallibility is not an option. Because they are in violation of the First Law of Holes (“if you find yourself in a hole, stop digging”) the problem unsurprisingly gets bigger. Russia has threatened to deploy nuclear weapons to the Baltics if Finland and Sweden join NATO — which Putin’s invasion impels them to do. China’s COVID controls may fail to control the virus but still succeed in damaging its economy and stirring up political unrest. But no matter, gods cannot err.

Graveyards, false gods, I scuff
At pettiness which plays so rough
Walk upside-down inside handcuffs
Kick my legs to crash it off
Say okay, I have had enough
what else can you show me?

And if my thought-dreams could be seen
They’d probably put my head in a guillotine
But it’s alright, Ma, it’s life, and life only

Next post: Long Read of the Day: Fourth Letter to My Vaccinated Friend – James Kullander