Strange Daze: Messing about in reality boats down in Antarctica 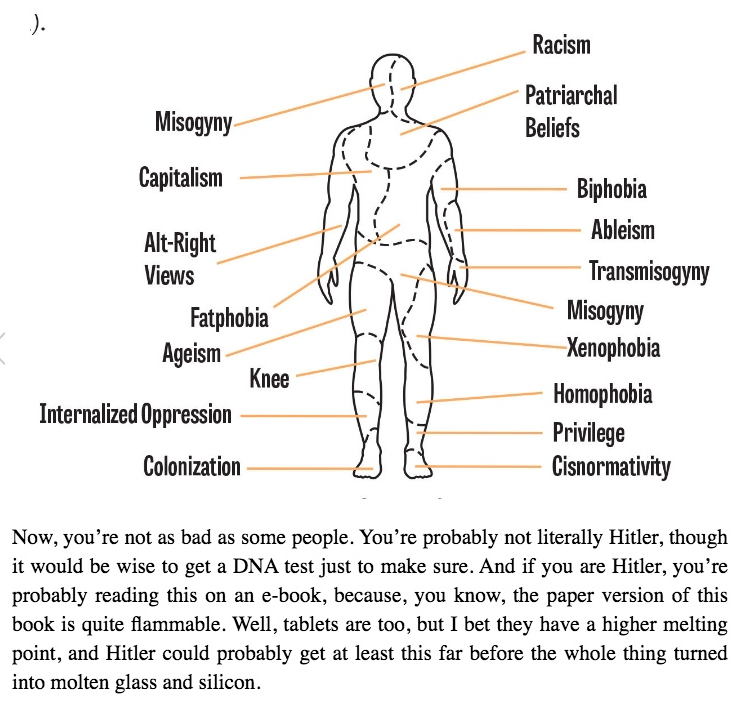 Vietnam’s Wild Weasels  Purposely easy to see on radar, the Weasels would zoom back and forth close to suspected SA-2 sites to see if they could provoke a Fan Song or Fire Can radar to stay on long enough to locate it and attack. 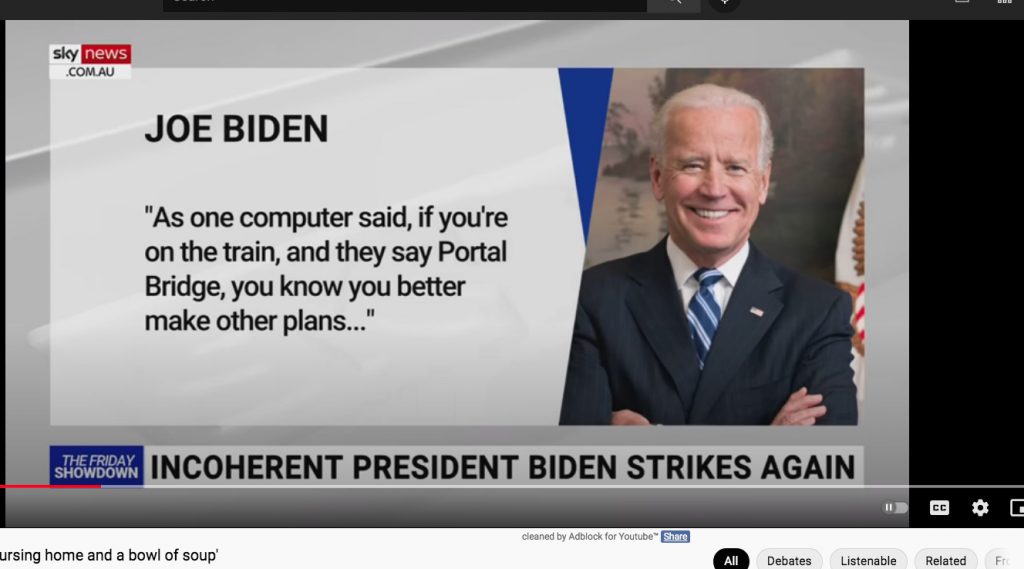 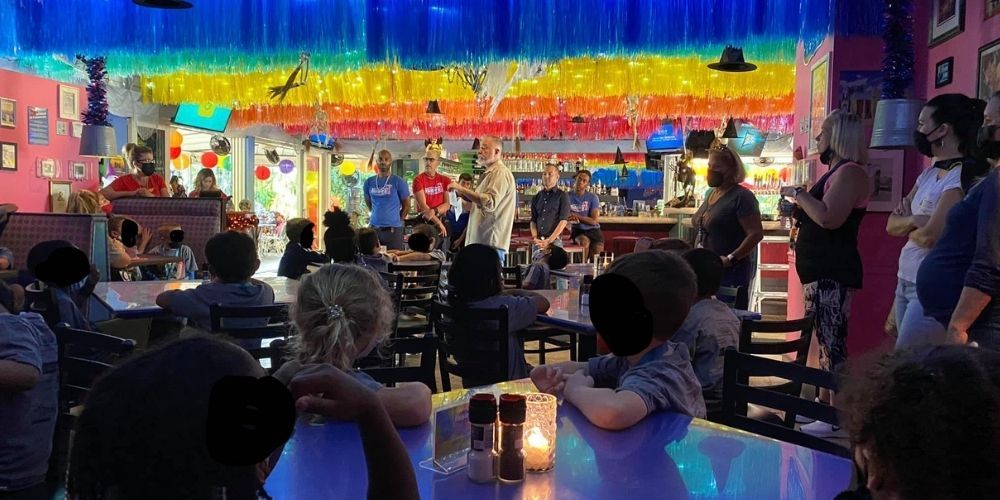 Florida school board member takes elementary school students on field trip to gay bar: ‘SO honored’ “They also visit a local restaurant, Rosie’s Bar and Grill, which is within walking distance from the school and opens early for the students. The bar and restaurant was not open to the general public while students were present inside. When the business opened, students transitioned to a separate, outside location to order and eat their meals. School board member Sarah Leonardi accompanied Wilton Manors Elementary school on a field trip to a LGBT bar which features menu items like: The Big Girl Burgers, Rhoda Cowboy, Ivana Hooker, Hellena Bun, Georgia Bleu, Young Ranch Hand, Willy cheesesteak.”

U.S. officials believe that a DJI Mavic 2, a small quadcopter-type drone, with a thick copper wire attached underneath it via nylon cords was likely at the center of an attempted attack on a power substation in Pennsylvania last year.

U.S. officials believe that a DJI Mavic 2, a small quadcopter-type drone, with a thick copper wire attached underneath it via nylon cords was likely at the center of an attempted attack on a power substation in Pennsylvania last year.

These mentally unstable people are teaching your kids pic.twitter.com/f7tpzuBDSl

Fischinger designed an abstract animation for Disney’s 1940’s hit, Fantasia, but quit without credit because Disney altered his designs to be more representational. 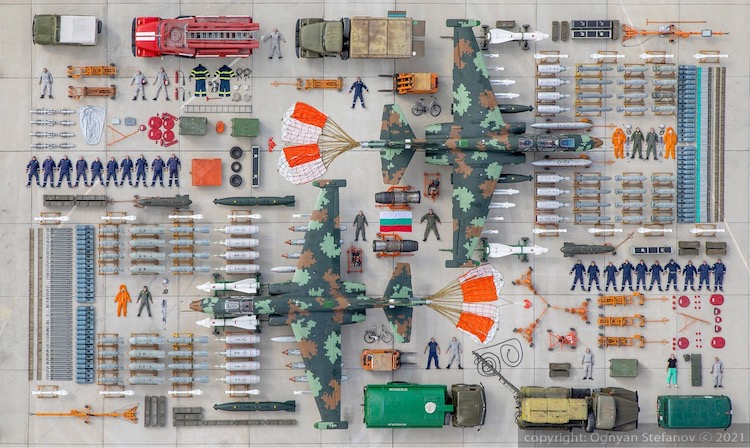 Ognyan Stefanov (@ognyan_stefanov_airphoto) • Instagram  At first glance, this photo looks like it’s made up of toy model planes and mini figurines. However, each person is real and every object is life-sized. The aerial image was taken by Ognyan Stefanov, the official photographer of the Bulgarian Air Force who joined the team to take part in the Tetris Challenge. The fun trend involves neatly organizing work equipment on the floor and photographing it from above.

The bet by Dissidents is that reality still has some role to play in the life of the West and those disgruntled and disillusioned will at least entertain an alternative rooted in the natural reality of mankind. Alternatively, the various tribes of the Right will see that going backward is not an option, so moving forward into a moral philosophy rooted in natural reality, however imperfect and incomplete, is the only option. In this regard, the Dissident Right is the optimism tribe on the Right.

“Believe me, my young friend, there is nothing – absolutely nothing – half so much worth doing as simply messing about in boats.”

There comes a time when the creator takes pity. After so many centuries of this, after so many years of humans missing the mark, of wandering from the path, of rising and falling and warring and dying, of eating the fruit, again and again, the creator stages an intervention. He comes to Earth in human form to show us the way back home. Most people don’t listen, naturally, and we all know how the story ends. God himself walks on Earth and what does humanity do? We torture and kill him.

The cable news programs were giddy, not for the outcome of the races, but for the fact that they could go back to their favorite game of make believe. The anchors put on their serious faces and could pretend to be neutral observers. The experts could come on and explain what it meant, as if they actually had special knowledge. Each channel had a carrying on like the local weatherman explaining the election map. They were children reunited with their old blanket at grandma’s house.

In the pages of Scary Mommy, where progressive ladies roar, Elaine Roth wishes us to know about her mental health problems:  “There’s a running monologue whispering in the back of my mind. Maybe it’s whispering in the back of your mind, too. My running monologue isn’t unique to me. Countless women across the country — maybe across the globe — experience a similar monologue. It results from a shared trauma, and it’s got a name: Patriarchy Stress Disorder [!], or PSD [!!].” 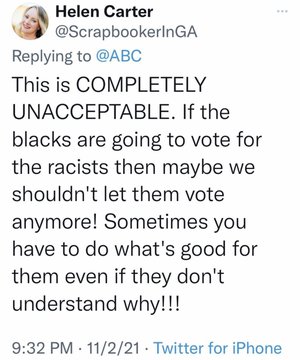 AT&T’s Racial Reeducation Program According to a senior employee, who agreed to speak on condition of anonymity, managers at AT&T are now assessed annually on diversity issues, with mandatory participation in programs such as discussion groups, book clubs, mentorship programs, and race reeducation exercises. White employees, the source said, are tacitly expected to confess their complicity in “white privilege” and “systemic racism,” or they will be penalized in their performance reviews. As part of the overall initiative, employees are asked to sign a loyalty pledge to “keep pushing for change,” with suggested “intentions” such as “reading more about systemic racism” and “challenging others” language that is hateful. “If you don’t do it,” the senior employee says, “you’re [considered] a racist.” AT&T did not respond when asked for comment. 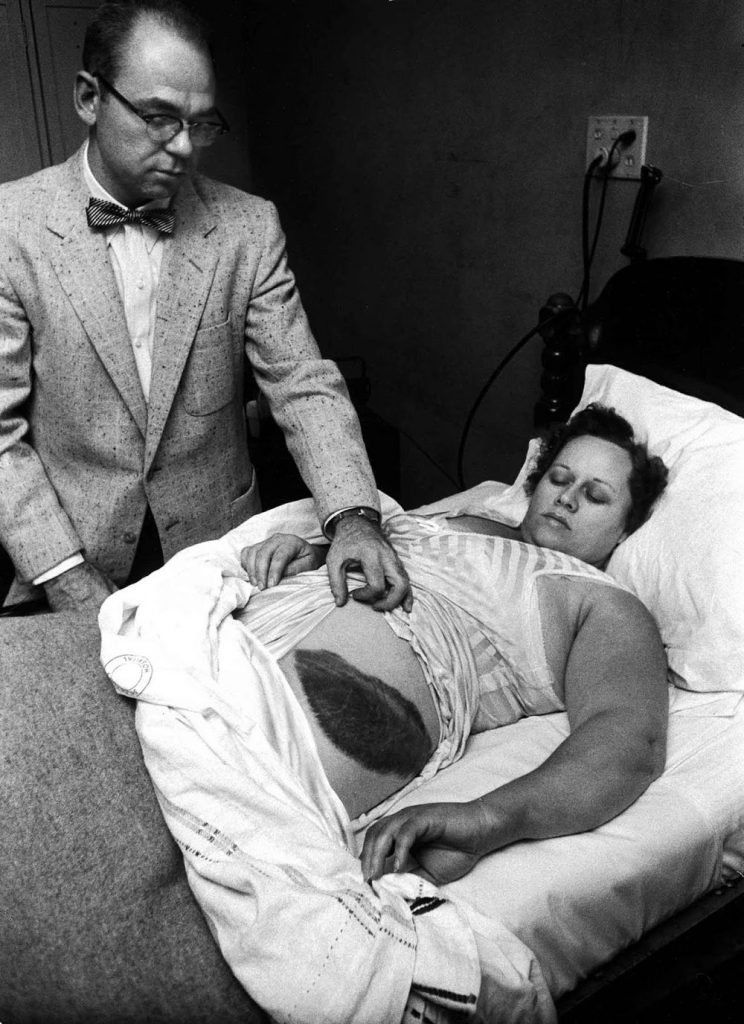 The Woman Who Was Hit by a Meteorite |   Moody Jacobs shows a giant bruise on the side and hip of his patient, Ann Hodges, in 1954, after she was struck by a meteorite. After the meteorite landed and struck Ann, she and her mother tried to figure out what had happened. The house was filled with dust, and they initially believed that the chimney had collapsed or the space heater had exploded. But after spotting the rock on the floor and the big pineapple-sized bruise on her body, they called the police and the fire departments. 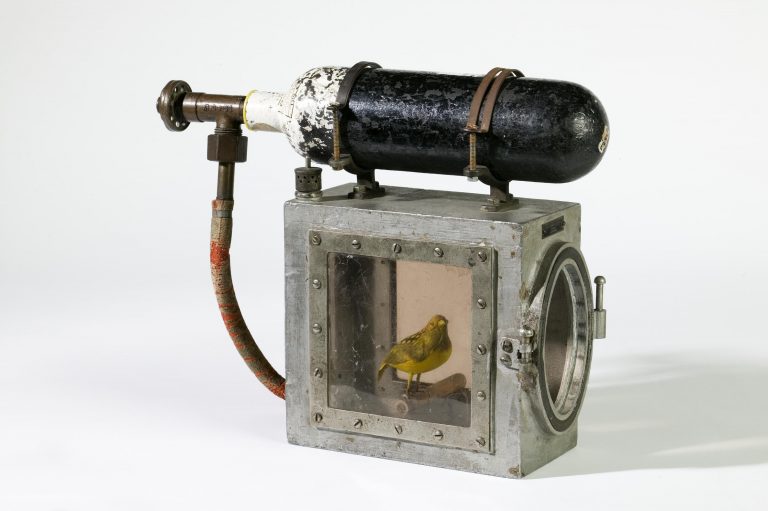 The canary resuscitator | This was discovered by John Haldane, who was asked to help determine the cause of an explosion at Tylorstown Colliery in 1896. He concluded the explosion was caused by a build-up of carbon monoxide and set out to find a way of detecting the odourless gas before it could harm humans. The result was this cage and its captive canary. The circular door would be kept open and had a grill to prevent the canary escaping. Once the canary showed signs of carbon monoxide poisoning the door would be closed and a valve opened, allowing oxygen from the tank on top to be released and revive the canary. The miners would then be expected to evacuate the danger area.

Astrophotographer Uses Vertical Panoramas for Creative Milky Way Pics Finding a suitable location typically means finding an area with a dark sky mostly free of light pollution. Ideally, close to or on a new moon—or in an area where the moon is obstructed by mountains—and a location where cloud coverage is minimal. I can accurately tell weather within three days so a lot of times it’s just luck. Specifically for these shots, the foreground both straight ahead and behind me needs to be somewhat interesting which makes these shots sometimes difficult. 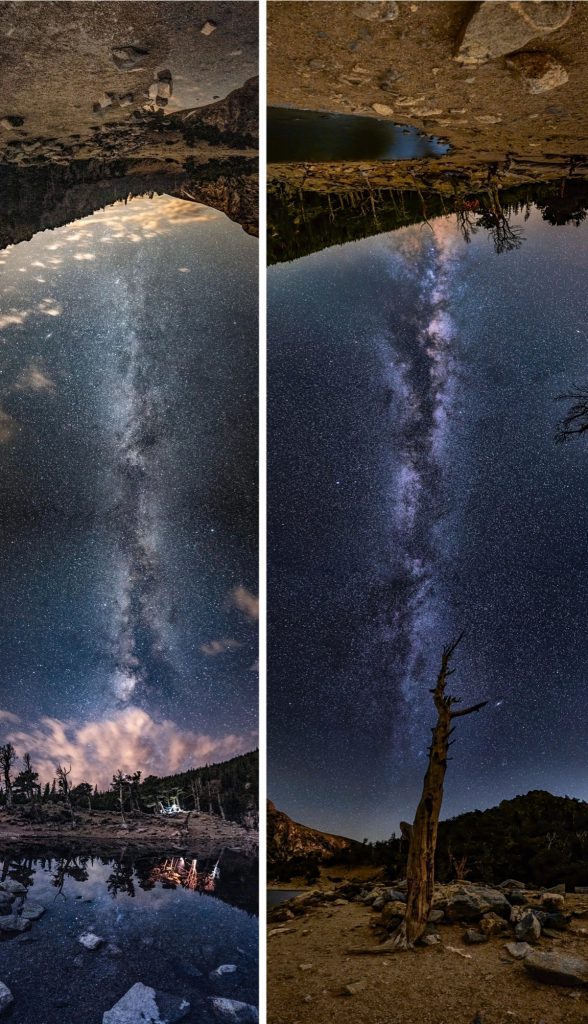 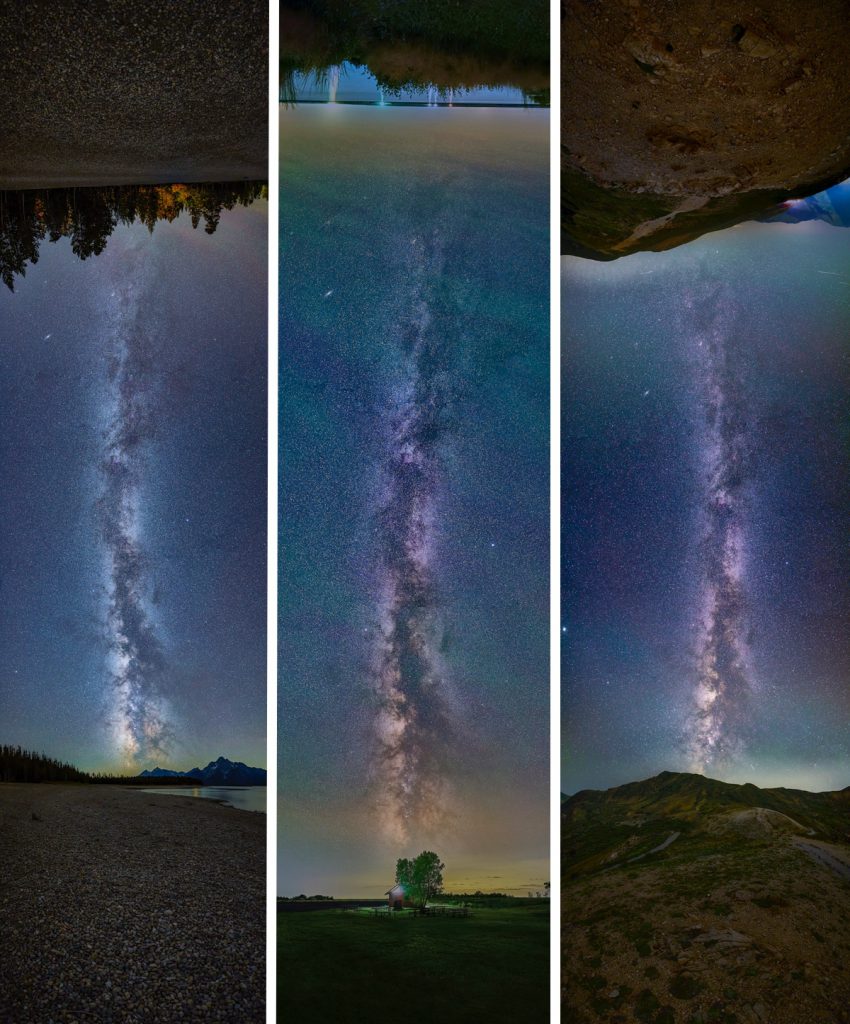 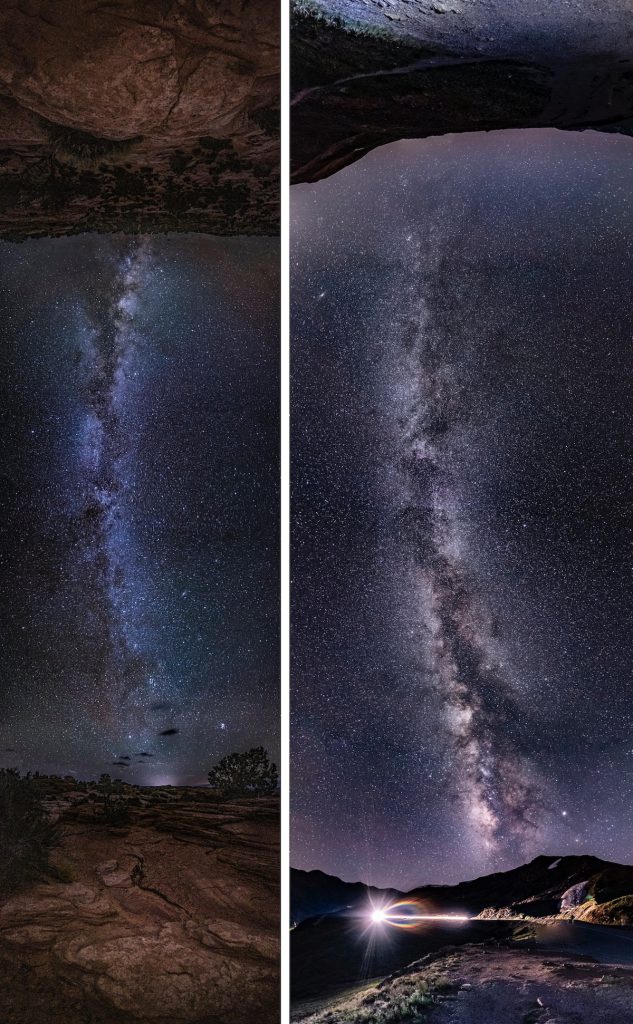