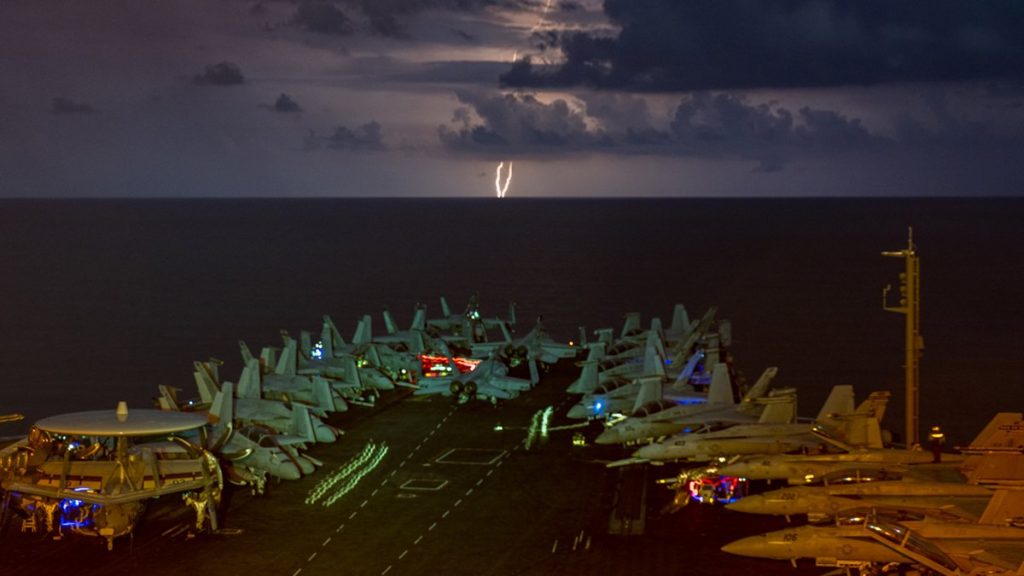 “The history of modern socialism illustrates Burke’s dictum that ‘criminal means, once tolerated, are soon preferred.’ And yet the thing has somehow kept its moral credentials as the political model of ‘idealism.’ We still give its proponents credit for good intentions, instead of condemning their blind arrogance and greed for power over others. We apologize on behalf of human nature for its failure to live ‘up’ to the socialist ideal, instead of condemning socialism for the violence it inflicts on human nature.”– Joe Sobran 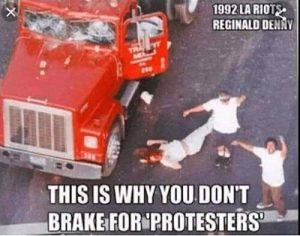 “We’ve noticed you’re using an ad blocker” – translation: the script we run in the background has been identified and foiled. Can you please turn your adblocker off because we promise we are up to mostly good. Trust us!… A Large Regular: Flotsam and Jetsam 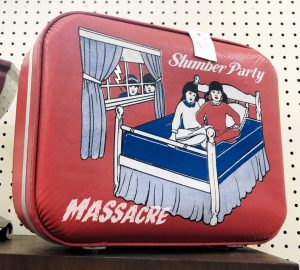 This Batflu became — more than any previous epidemic — a political issue, instantaneously. This is evident in the way it was spread, quite intentionally, by the Communist Party of China. (They shut down everything in Wuhan, except flights to Europe and America.) In all countries with democratic institutions, the disease became the center of political attention, and unprecedented lockdowns were ordered. Likewise, unprecedented schemes of surveillance have significantly changed the relation between governments and governed, entirely for the worse. By means of current technology, the former will be able to perpetuate these changes, leaving those who wish to recover old liberties nowhere to hide. Malign fiesta : Essays in Idleness

Black Lives Matter protests and riots have killed more black people than police have. Don Surber: Highlights of the News 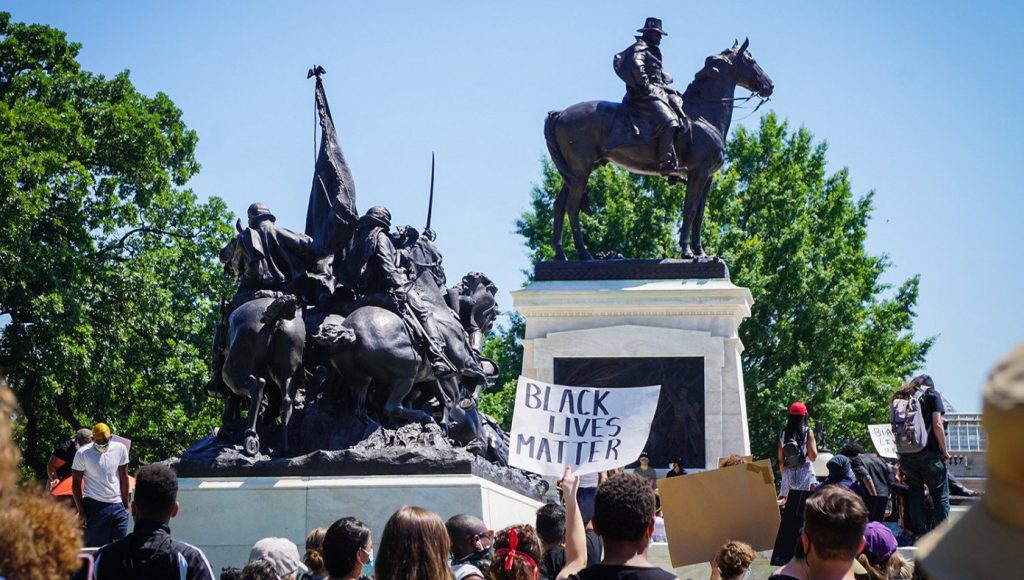 Nation That Kills 3,000 Babies A Day Feels Morally Superior To Slaveowners From 200 Years Ago

U.S.—Leftists who support killing 3,000 babies a day were trying to virtue-signal but quickly ran into a problem: there’s no one alive to whom they can feel morally superior. So, the movement was forced to look to people from 200 years ago to find someone they could somewhat credibly criticize for moral failings. 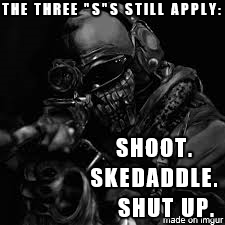 “We had a tough time finding people we could feel superior to that are currently living,” said Leaf Rivers, a white BLM activist in Portland as he googled “how to tear down a statue if you don’t have any muscles.” “So, we were forced to turn to the archives. Sure enough, we feel a lot better about our own moral issues when we compare ourselves to the moral failings of people from centuries ago.”

“It’s the only way to keep any sense of self-righteousness.”

“Look how much better we are than these people from hundreds of years ago!” the baby murder supporters shouted as a statue of Frederick Douglass came tumbling to the ground. Their virtue-signaling accomplished, they then returned to protesting for a woman’s right to kill her unborn baby at any time for any reason.

Shooting leaves child dead near University Avenue, Pryor Road | 11alive.com Chafee said that investigators met with the vehicle’s occupants at the hospital. He said that the child received medical treatment at the hospital but did not survive her injuries. According to Chafee, the preliminary police investigation indicates that the girl was riding in a vehicle with her mother and an adult friend when they exited the interstate onto University Avenue. During the confrontation, Chafee said, the group opened fire on the vehicle, striking it multiple times, and hitting the girl inside.

Group of armed individuals blocking the road fired on a car and killed an 8 year old girl last night in Atlanta. https://t.co/C0pGTGhSzI

Just think of all the sacrifices that gay activists have made over the decades so that dog fetishists could finally be taken seriously.

Future historians will note that this was the moment that gay people were *finally* able to feel validated. pic.twitter.com/6NOWOEi6yR 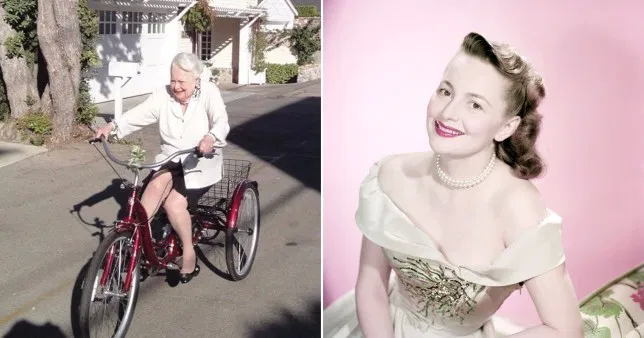 Olivia de Havilland turns 104 and is still riding her bike

IS it as plainly in our living shown,
By slant and twist, which way the wind hath blown?

“We all are learning, modifying, or destroying ideas all the time. Rapid destruction of your ideas when the time is right is one of the most valuable qualities you can acquire. You must force yourself to consider arguments on the other side.” — Charlie Munger

“I, and I alone, am responsible for everything I think and feel.” – Naval Ravikant.

These sparrows are singing a new song, in a rapid, unprecedented shift White-throated sparrows across Canada are abandoning an old song in exchange for a trendy new tune. The reason remains a mystery.

“Humans don’t mind hardship, in fact, they thrive on it; what they mind is not feeling necessary. Modern society has perfected the art of making people not feel necessary.” — Sebastian Junger 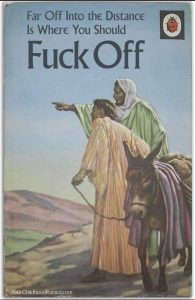 Mature masters like Michelangelo remind us that the urge to create has nothing to do with age or the lack of it, but rather with that inventive spirit both he and Vasari called ingegno—inborn wit, cleverness, genius. The spirit often manifests young, but like wine and wood, it depends on age to reveal its full complexity. When Michelangelo turned seventy, as he does at the beginning of Michelangelo, God’s Architect, he had nineteen more years to live, every one of them spent at work. As dear friends died and his body weakened, he took on a remarkable series of huge, daunting projects, fully aware, as Wallace emphasizes, that he would never live to see them completed. In his deeply spiritual vision of the world, his own limits hardly mattered; God had called him, and he had answered. He Made Stone Speak |

NHJ: As I said in my piece, generations of white violence against black bodies has to be addressed. There can be no peace until white people accept what they owe to black people….

WP: Right, I’ll stipulate that. In fact, without qualification, I’ll stipulate to all of the claims in your work. What I’m here to discuss is reparations. What number do we put on the check to make black people whole? What is the debt you expect us to pay?

NHJ: As I said in my piece, until white people atone for their crimes against black people and pay their debt…

WP: Hold up, I just said we will stipulate to all of that.

NHJ: I don’t know what you mean by “stipulate”, but white people need to accept their debt to black people. As I wrote in my piece…

WP: Sorry to cut you off again, but that’s what stipulate means. We agree to all the claims made in your work and in the work of others. We’re not here to debate it or hear another recitation of it. We are here to negotiate the check.

What would you do in this situation? pic.twitter.com/IKb4Q7iuup

Ballpark figure: “What percentage of the population of Africa would not move to America instantly if they could?”

What If It’s All A Lie? Didn’t there arise in your mind, that agonizing Wednesday morning after Mrs. Clinton’s ruination, just the faintest notion that you had been lied to? You tracked the polls, and you reviewed the percentages — most hovering above 90%  — that assured you that the glass ceiling was in for an epic shattering. And yet, no shattering was forthcoming. Whether expressly or by omission, you were lied to.

And it is happening again.

Limbaugh Gives Cancer Update: ‘I’m Very Confident That This Is Going to Go into Extra Innings’

A Magnificent Speech – American Greatness The enemies of civilization routinely use and abuse its freedoms in order to destroy it. Candid men understand this and act to prevent it. As G. K. Chesterton put it, “There is a thought that stops thought. That is the only thought that ought to be stopped.”

On Sharing Experiences, and the Experience of Sharing – Andy Havens  I arrived here, eventually: any time you can convince someone that there is something he cannot learn, you can make him your slave. You can tell him anything about it that you want. Anything that serves you and silences him, because he is precluded from having any doubt about what you are saying, and strictly confined to doubting what he thinks he knows about it. You can build a prison of lies for him to live in, unable to protest, because his agreement is full submission to your mastery.

Good morning, kids. Tuesday, and for the first time ever, I am getting a definite sense that American Blacks are finally seeing the multi-generational abuse they have suffered at the hands of the Democrat Party. It is beyond tragic that it has taken the senseless, horrific shooting deaths of their children – at the hands of other Blacks – to make the scales begin to fall from their eyes. Actually, as appalling as these slayings are, including this one in where a car rolls up to a man holding his daughter’s hand as they cross a Bronx street, and is gunned down in broad daylight, it has been the constant drumbeat of “Black Lives Matter” since the incident in Minneapolis which rings hollow and hypocritical in the extreme to the families of Black on Black crime that I believe is engendering a sea change politically and culturally that may well prove one of the most significant in decades. — Ace of Spades HQ

A parent murdered in broad daylight with their daughter by their side. This is De Blasio’s New York City.

Does his life matter, BLM?pic.twitter.com/U5tcbPghBc