Strange Daze: From Starships to Sawmills 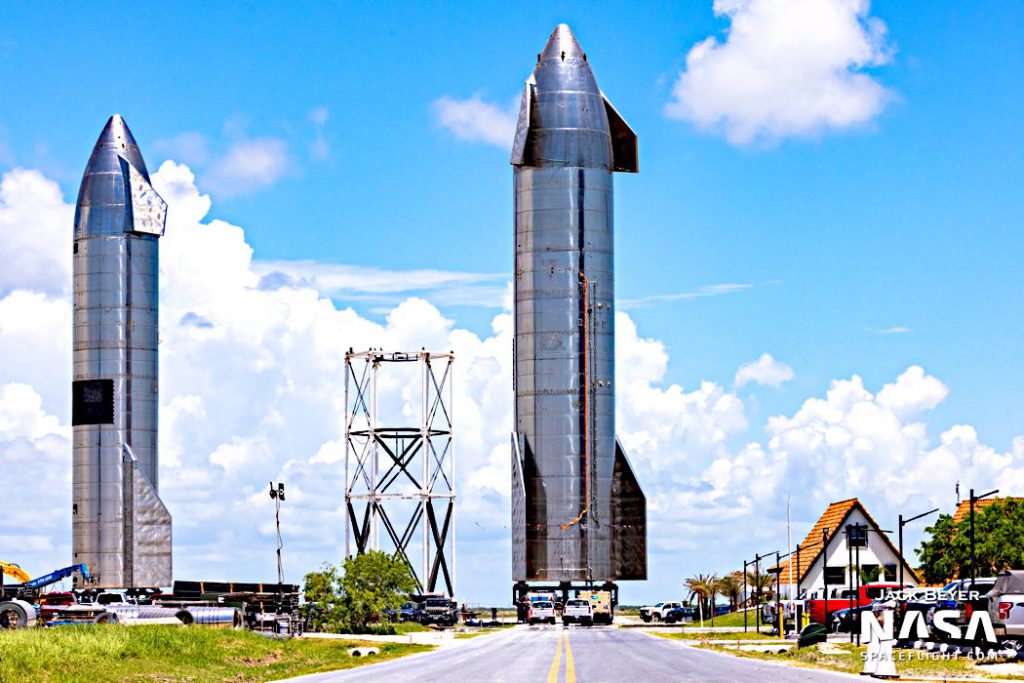 Two of Elon Musk’s “Starships” being moved towards the pad. Compare size to pickups.

The very name “Juneteenth” hints at the retarded future that awaits.

The media is busy making the Vegetable-in-Chief sound like a statesman, which is far less exciting than it sounds. The novelty of having a dementia patient in the White House has worn off and we are left with the reality.

That reality is that there was never any reason for Biden to be president, other than he was the only option they had to replace Trump. Once he scrawled what he thinks is his name on the executive orders they put in front of him, there was nothing left on the agenda. The long temper tantrum no longer has a reason, so the stasis of late empire decline is back, which means nothing happens.

The only potential for something interesting to happen is if they snuff out the vegetable and install Harris. She is revealing herself to be dumber and shallower than anyone imagined. She is fumbling the softest of questions from the most obsequious of reporters. It seems impossible, but she may have less cognitive function than her boss and he is close to brain dead.

China argues that the Wuhan bat lab should be awarded the Nobel Prize in medicine because they found the coronavirus first.

The rest of the video speaks for itself.

We see publishers where the staff successfully demand the banning of authors they don’t like. We see software companies where employees, instead of doing their jobs, spend hours talking politics and trying to politicize their companies. We see news organizations taken over by “woke” ideology. We see teenagers kicked out of school for tweets made years earlier. And now, in a place that is supposed to be all about the rule of law, we see anonymous mob rule. With very few exceptions, today’s Yale Law School contains either people who are deliberately behaving badly or people who are too afraid to stand up to those who are. We hear a lot about justice, but anonymous accusations and power politics aren’t justice, and places that are ruled in such a fashion tend to do badly. 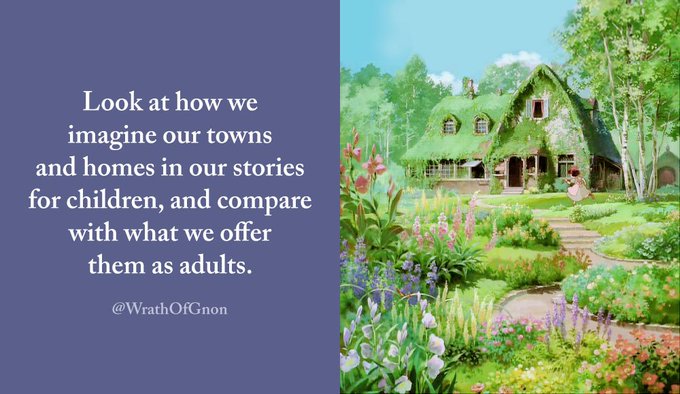 “And then we say ‘you’re racist’ and they give us free stuff” pic.twitter.com/SD7eJSMoRl 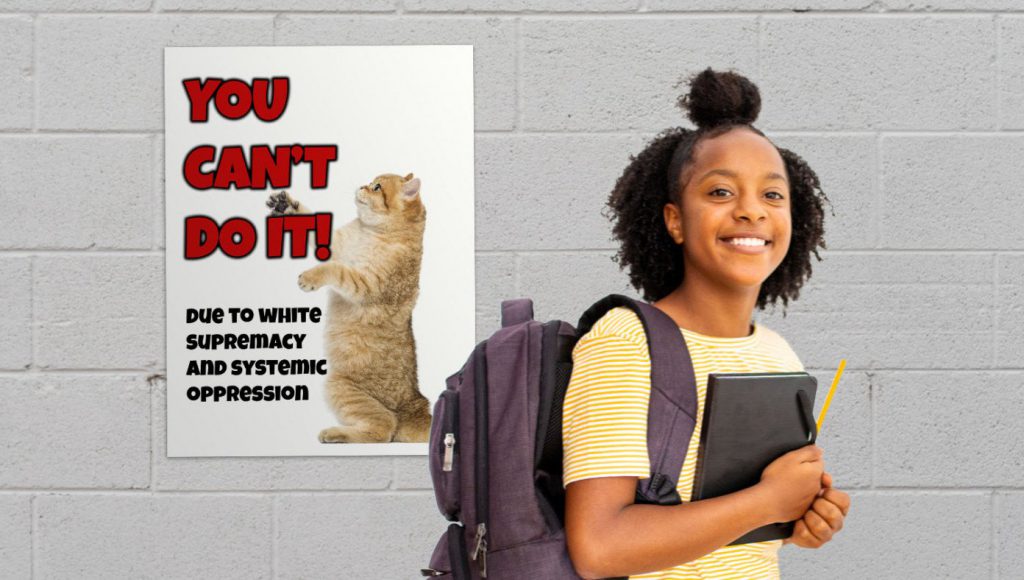 Woke Public School Hangs Up Inspirational ‘You Can’t Do It!’ Poster For Black Students Other inspirational wall hangings being considered are:
Take time to reflect on your disadvantage!
Blame an oppressor today!
You are powerless.
2 2=OPPRESSION
Just say “NO” to microaggressions
Don’t worry– white liberals will take care of you!

The only thing that matters to the so-called conservatives is making sure their racket keeps them in the lifestyle they feel they deserve. That is why they never muster a discouraging word about anything. To question the status quo is risk their position, so they are intolerant of any dissent. Both the official Left and official Right are now in a defensive crouch. The razor wire fencing, which remains in place, and the soldiers guarding it, has become a symbol of our reactionary ruling class. 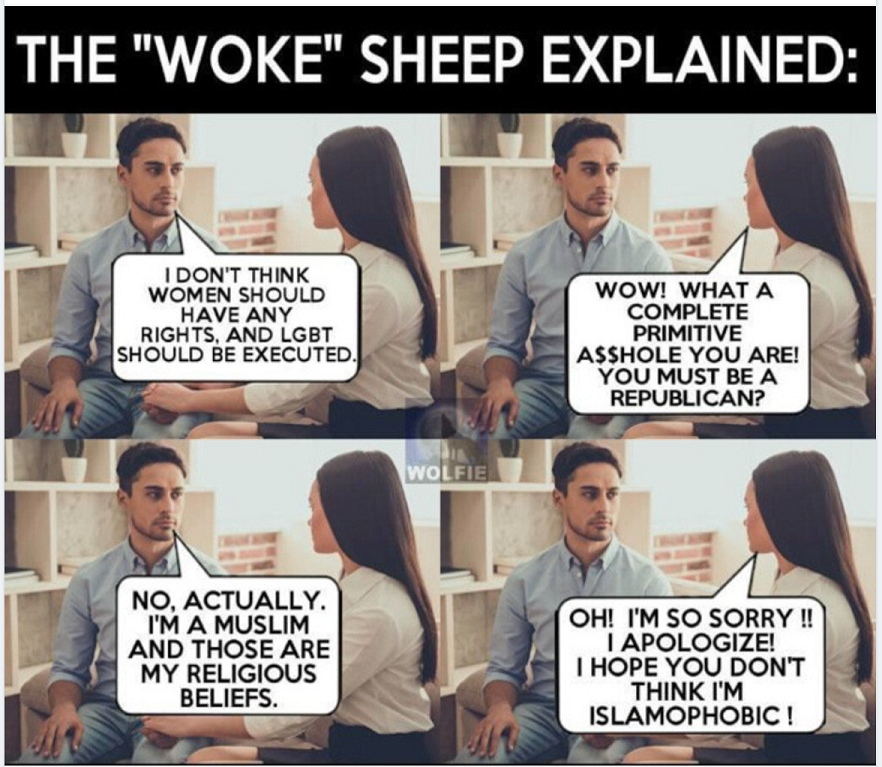 ”Tyranny gets erased one molecule at a time.” — g. sniper

Maskholes of the Plague: Editor of The Lancet refuses to reveal if he supports letter claiming Covid started in lab

Nickelodeon’s latest fiasco was a Pride Month video that you can see above. Featuring a drag queen singing to prepubescents, the YouTube version was downvoted to such a degree that they’ve now hidden the ratio. It’s one thing to take a position on issues of sexuality, it’s another entirely to propagandize those issues for young children. Switch that song to any topic for which you disagree and see if would approve your children watching it.

We’re not “returning to normality.” We’re being forced to accept a pseudo-medical social segregation system as the “New Normal.” If you accept it, and the pathologized totalitarian ideology that underlies it, you’re no different than a racist in the “Jim Crow” American South. pic.twitter.com/Rqd3Xq9Wed

North Korean defector slams ‘woke’ US schools:  27-year-old told The Post that she could’t believe she would be asked to do “this much censoring of myself” at a university in the United States. “I literally crossed the Gobi Desert to be free and I realized I’m not free, America’s not free,” she said.     Park said North Korea students were constantly informed about the “American Bastard. I thought North Koreans were the only people who hated Americans, but turns out there are a lot of people hating this country in this country,” she told The Post.

LILEKS (James) :: What motivates the people who wave away the decline? Who knows. One might guess. A desire to shrug off responsibility for the knock-on effects of last year’s riots, which have to be seen as Historical and Righteous. A seething, cramped, ideologue’s fury over people who have the gall to propose concerns the ideologue does not share, or, even worse, Cause Harm. Such as respecting the plate glass of an immigrant-owned business. (The word “business” orders the moral equation very neatly for these people.) The nagging anger that some people want to go about their lives without being required to Confront and Unpack and Atone and do the work, all the time, for an unseen jury that never acquits but only tacks on more sentence time, like the masters of the gulag.

VIDEO: Did you see this video of ground swallowing car? pic.twitter.com/YexhNOvGkK

Next post: “The world is too much with us…”