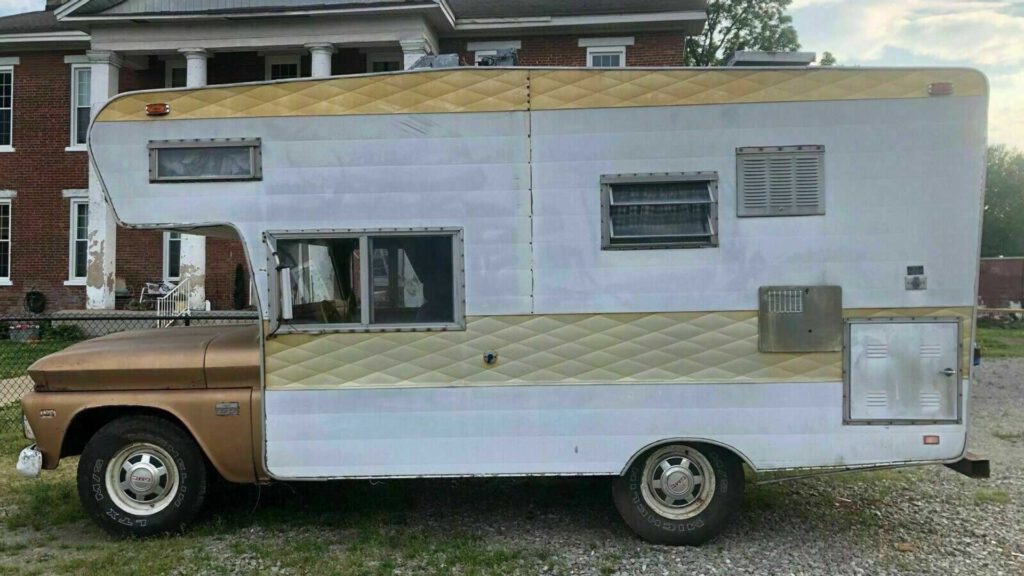 Weird 1966 Chevrolet Pickup Camper Doesn’t Even Have A Cab Instead of putting all of the living space in the bed area of the truck, this Chevy C10 removed the entire cab to add space and allow you to drive from the comfort of your own home.

How to Meow in Yiddish: A True Story Of The American West Now it happened that my father, the old man’s son-in-law was there that day also. My father had never shaved another man’s face in his whole life. But seeing Grampa Ted’s discomfort and perhaps shame, he gathered the tools of a shave and brought them out to the livingroom, soap, brush, razor, a wet towel. I don’t know, perhaps some aftershave. You can bet that it would have been Old Spice. 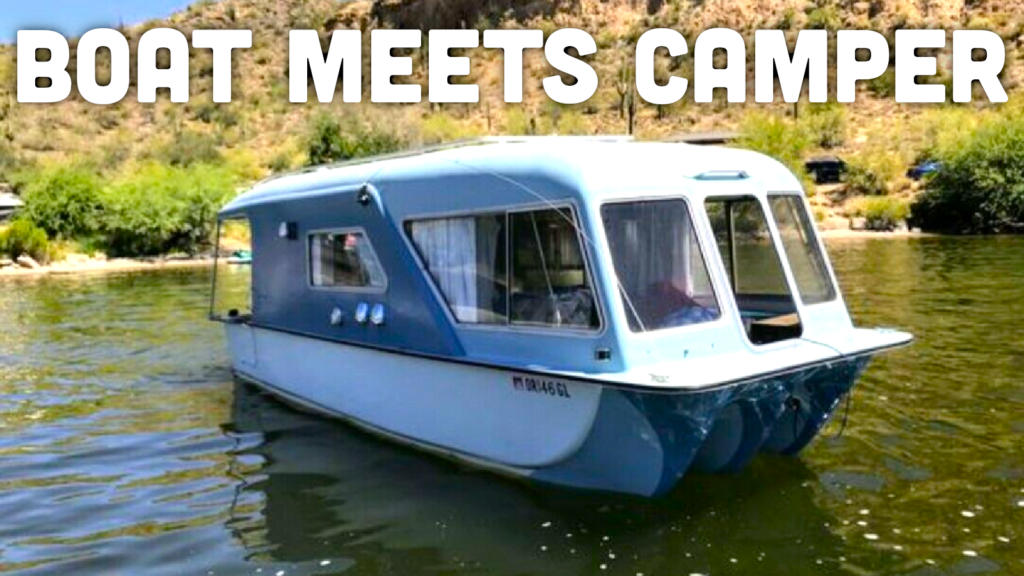 The Adorable ‘Combo Cruiser’ Is A Camper That’s Also A Boat And Built Entirely By Women – Maybe you want your travel trailer to be a boat? In the 1970s, a small Indiana company wanted to give you both with the Combo Cruiser – a houseboat also designed to be a camper. And the factory that built it was staffed full of women. 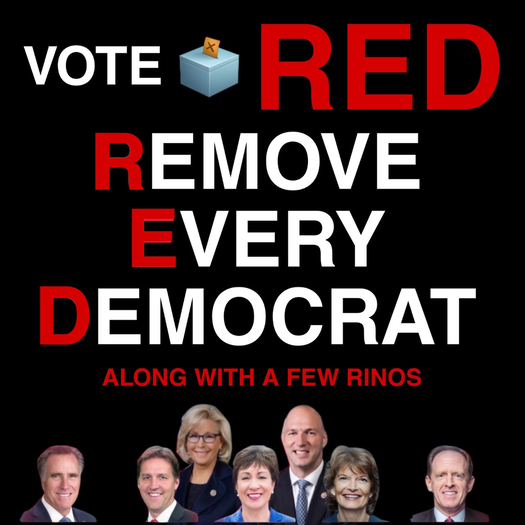 Wake Up Flaccidcons It’s Not 2005 Anymore Mike Pence then tells us we need to go easy on the Bureau flunkies who did the deed because, after all, the institution is full of good apples. Yeah, good apples. Where are these good apples? Who’s the guy who quit because he refused to be part of the Democrats’ political hit squad? What’s his name? Jim Jordan says 14 whistleblowers have come forward. Awesome  14 out of 35,000. That’s a good apple tart, not even a good apple pie, much less a good apple barrel. 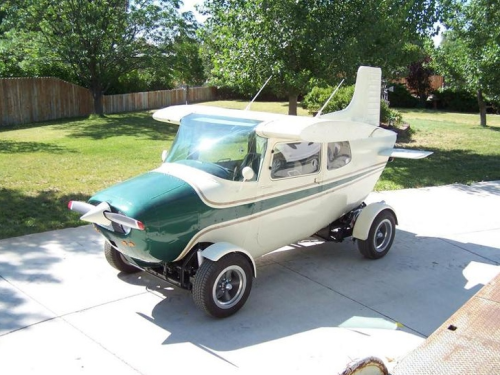 KA-CHING!: I recognize that torsion bar front end, what a fun thing to do with a bug chassis

The Creedence Clearwater Revival Revival | And, though the band’s songs are often reduced to beloved signifiers of a storied long ago, the C.C.R. catalog feels poised to be retconned for right-now needs. Take “Commotion,” in which Fogerty howls about how we’re all “Rushin’ to the treadmill, rushin’ to get home,” and think about our ongoing Great Resignation. Or “Tombstone Shadow.” “Every time I get some good news, ooh / There’s a shadow on my back,” Fogerty sings. It’s perfect for doom-scrolling Twitter, waiting for the next attack on democracy to trend. And there’s the famous trio of ominous weather songs: “Bad Moon Rising,” “Who’ll Stop the Rain,” and “Have You Ever Seen the Rain?”

Rhino Poachers Eaten Alive By Pride Of Lions In South African Game Reserve – “The only body part we found was one skull and one bit of pelvis, everything else was completely gone,” said Fo

Allow people to loot stores, and it won’t be long before they’re sticking guns in your face and pulling the trigger. Disorder leads to violence, every time. Once that starts happening, desperate citizens will take the law into their own handshttps://t.co/rnEnOa4t3z pic.twitter.com/ejBfjJaDe8

How to Meow in Yiddish: Cat Knows What’s Right And What’s Proper His awareness is exquisite. The slightest wiffy rustle and his eyes are open. Perhaps he senses action outside. He will alert you. If you watch.

Never Yet Melted ｻ The Community of Fashion’s Nightmare The imbalance between a divided nation and a monolithic culture warps our shared perception of reality. A potentially scandalous story about the son of the Democratic presidential candidate, though entirely true, can be smothered to death by Facebook, Twitter, and Google. On the other side, if you are a former Republican president, you can expect to get locked out of social media permanently, even though 74 million Americans voted for you. 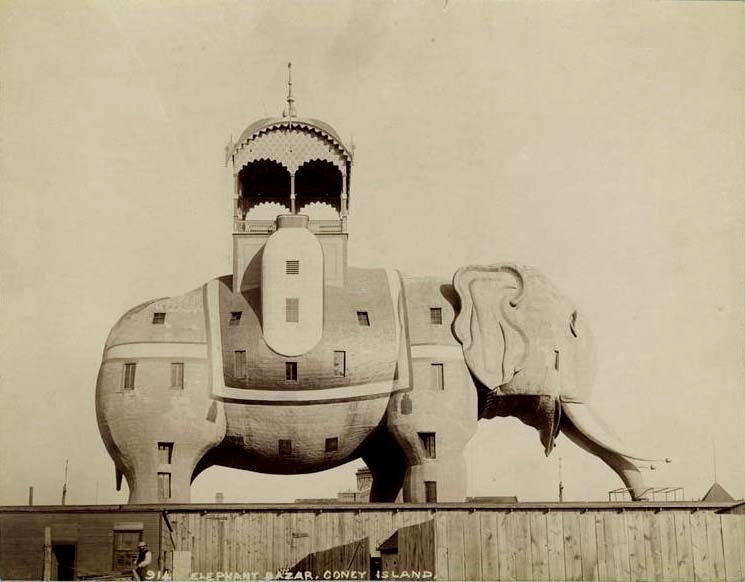 Jumbo’s Ghost: Elephants and Machines in Motion – The same location had housed the “Elephantine Colossus”, a seven story, thirty-one room building that functioned as a tourist attraction, hotel, concert hall, and — reputedly — a brothel. The structure was designed by James V. Lafferty and constructed in 1885, a scaled-up version of Lafferty’s “Lucy the Elephant”, which was built near Atlantic City in 1881 (and is still standing today).

Previous post: Citizens for Sanity: A Group On A Mission from God