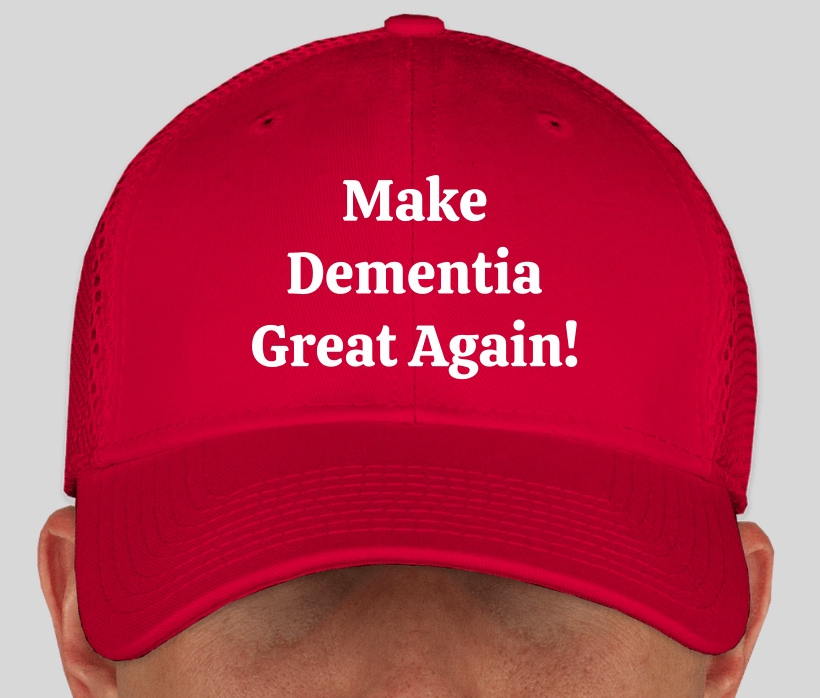 Carlyle, in 1850: The State, left to shape itself by dim pedantries and traditions, without distinctness of conviction, or purpose beyond that of helping itself over the difficulty of the hour has become, instead of a luminous vitality permeating with its light all provinces of our affairs, a most monstrous agglomerate of inanities, as little adapted for the actual wants of a modern community as the worst citizen need wish. The thing it is doing is by no means the thing we want to have done.

Are you not seeing the resemblance? pic.twitter.com/nXK2tmdglE

After the Fall – by Peter Savodnik –  Our elites’ dereliction of duty, their forgetting — about who they were supposed to be and, just as important, what America was supposed to be — is mostly to blame for the ocean of inanity that has engulfed us. The multiplying stupidities. The mythologies we promulgate online unironically or strategically. The preeners. The pronoun displayers. The opportunists. Michael Moore with his mindless Instagram post about everyone having their own Taliban. A genuine elite would know enough, be strong enough, to say: enough. To say: no. To say: that is nonsense.

How I Murdered The Weekly Standard – by Emerald Robinson Indeed, a wipeout is exactly what conservatives who betrayed the conservative movement during the Trump Era deserved and they all bit the dust: Kristol, Hayes, Goldberg, French, Frum, Sykes, Sabato, Charen, Ponnuru, Gerson, Noonan, Meachum, Boot, Brooks, Lowry, Scarborough, Stephens, Erickson and Rubin. It sounds like a list of demented reindeer. Their stockings will always be stuffed now with coal. 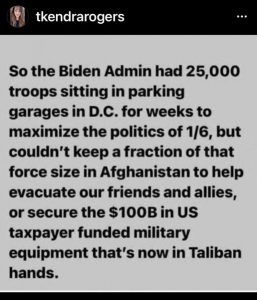 The meaning of Afghanistan – by Curtis Yarvin – “National security” is a euphemism for “world domination,” the belief being that our nation cannot be secured against Nazis, al-Qaeda, etc, except by dominating the world. Or rather, “providing global leadership.” If any spot on the map be left unled, it seems, Nazis and al-Qaeda may concentrate there—plotting, breeding, etc.

75 years ago this made… a certain amount of sense? And it’s always great to embed an assumption in a label—though this is why, when we realized that America’s enemies could just get tourist visas and invade us by United, we realized we needed another word—which is how we wound up with “homeland security”—or, in the original German, Heimatsicherheit. The whole establishment is—a tragic, hilarious and shambolic mess.

Driving thru Baltimore I think it was down to 75 IQ, because anybody above 75 knew to leave. I’m serious – they were left behind by the more capable who could get affirmative action gov’t jobs in DC.

SOUND FAMILIAR? THE BRITISH RETREAT FROM AFGHANISTAN UNDER AN INEPT LEADERSHIP.

At least bringing the Stone Age peasants here defeats one objection of the forever-war crowd. They claim that because of our withdrawal, Afghanistan will become a training ground for terrorists. No worries on that count. With 100,000 “translators,” each of their four wives, 14 children, and innumerable uncles and cousins all coming here, Al Qaeda’s next training ground will be America. 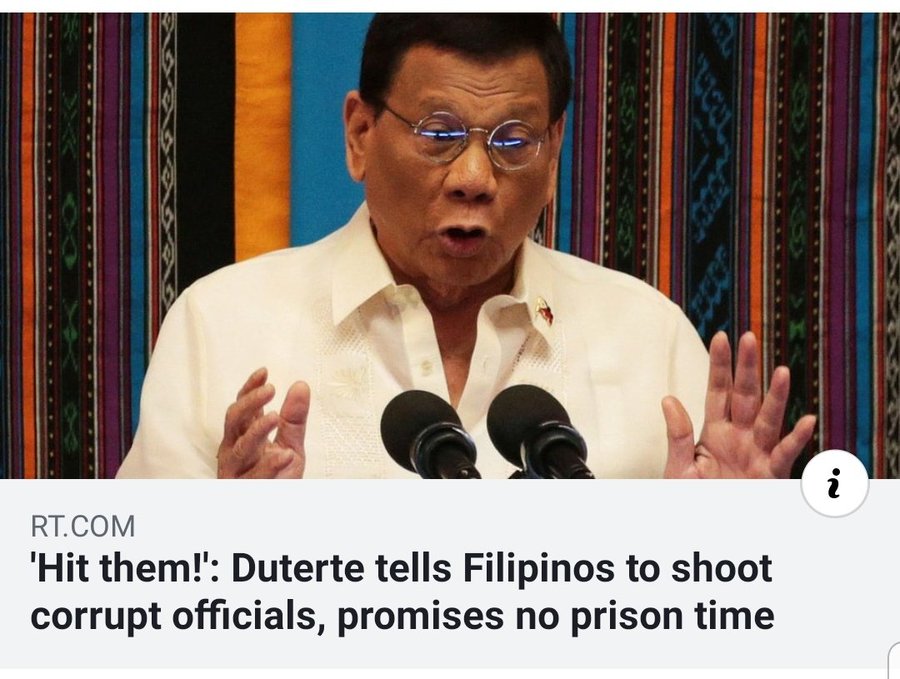 Pinkerton: What Would Reagan Do? Five Lessons the Gipper Could Teach Biden After Afghanistan Debacle Reagan was always the realist. Going back to his days running the Screen Actors Guild, he had to be good at judging people. And we can see that in that gracious and optimistic quote from three decades ago that he wasn’t talking about everyone. And not specifically about Joe Biden, who was a spectacular opponent of Reagan on many key matters, foreign and domestic. Indeed, Reagan took notice of Biden in his diary entry, dated June 15, 1987: ”He’s smooth but pure demagogue–out to save America from the Reagan doctrine.”

Tired Of Being President, Biden Hangs ‘Trump Won’ Sign Out Of White House Window | Explaining his decision to reporters, he said: “I’m not sure why I really wanted to do this thing to begin with. I guess I thought it would be fun, but it’s not fun at all. It’s just a bunch of malarkey. You people ain’t cool. Just askin’ me questions and getting all in my business all the time! What’s that about, anyway? Has anyone seen the remote control? I’m behind on my Matlock episodes.” Biden then picked up a piece of toast and pointed it at the TV. “Darn thing doesn’t work!” 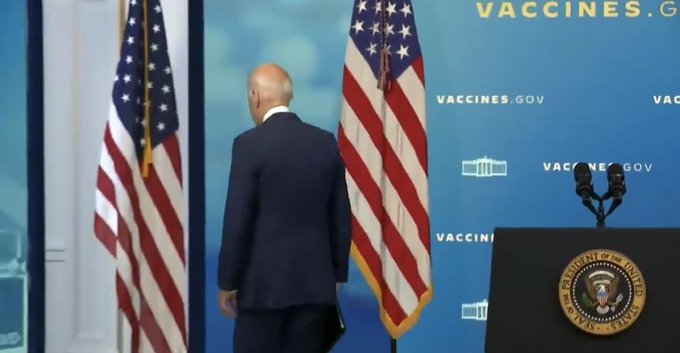 It has unnaturally aged me.
And old men are all pyros,
Impatient with a rotted world.
Senility makes it easy to see
The worm in every tree—
The reason it needed to burn.
What even is wood, but smoke
Begging to be set free?
The air smells good—the smoke
Of sacred sacrifice; of the ram
That was offered and delivered—
What God burns was meant
From the morning it was born to burn.

Previous post: “With all its sham, drudgery and broken dreams, it is still a beautiful world. Be cheerful. Strive to be happy.”