A child governed by an entire community is freer than a child whose parents enter into the liberal model and assert the radical freedom of their child with words like,  “You can’t tell my child what to do.” The former freedom is the romance of the well-ordered neighborhood; roaming until dinner; hot water from a hose; mothers who trust each other’s common participation and stake in the good of every child on the street and so allow, quite peacefully, law and custom to be enforced at the Smith house as much as the Jones. The latter freedom is liberal freedom, the child awkwardly conceived of as an individual with a battery of rights that cannot be transgressed through communal governance; the freedom of the lawsuit; the freedom that takes down the trampoline and the playground equipment worth climbing; the endless suburban bickering. — Marc Barnes

Are the covid vaccines safe and effective? – Sebastian Rushworth M.D. 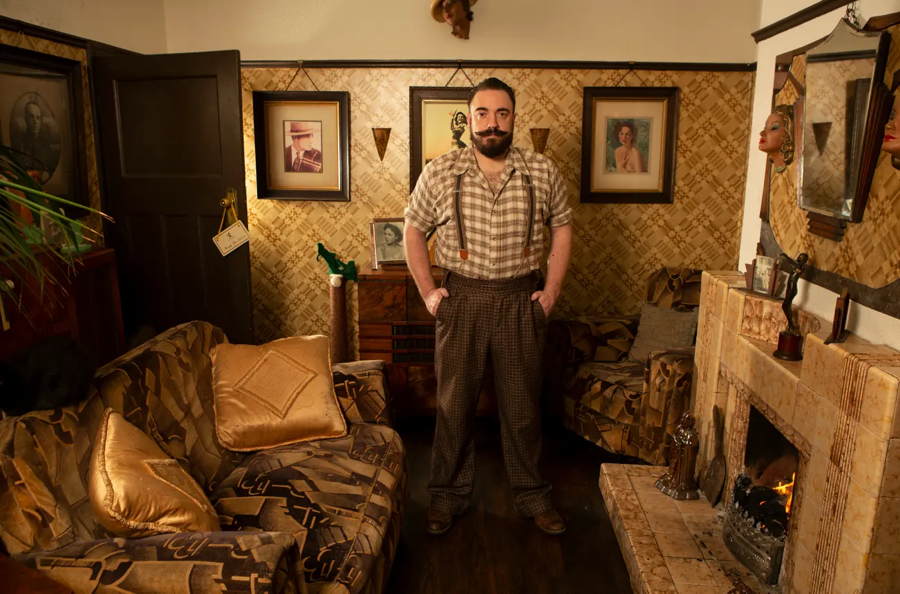 Modern life is rubbish! The people whose homes are portals to the past |   Whiteside has assiduously converted his suburban semi into a prewar home.   “My mum says that I was always into the 30s, ever since she can remember. I’d go around to my aunt and uncle’s house and play old dance band records. At weekends, I’d rummage in Patrick’s Saleroom, a sort of junk shop that’s still around today. I’d go there every weekend from the age of seven or eight and buy all sorts of weird things: gramophones, gas mantles, electric toasters, Bakelite hairdryers. I have an obsession with 30s vacuums. They’re the best! They really get all the crap out of the carpet. I shut the door and I’m in 1936.” 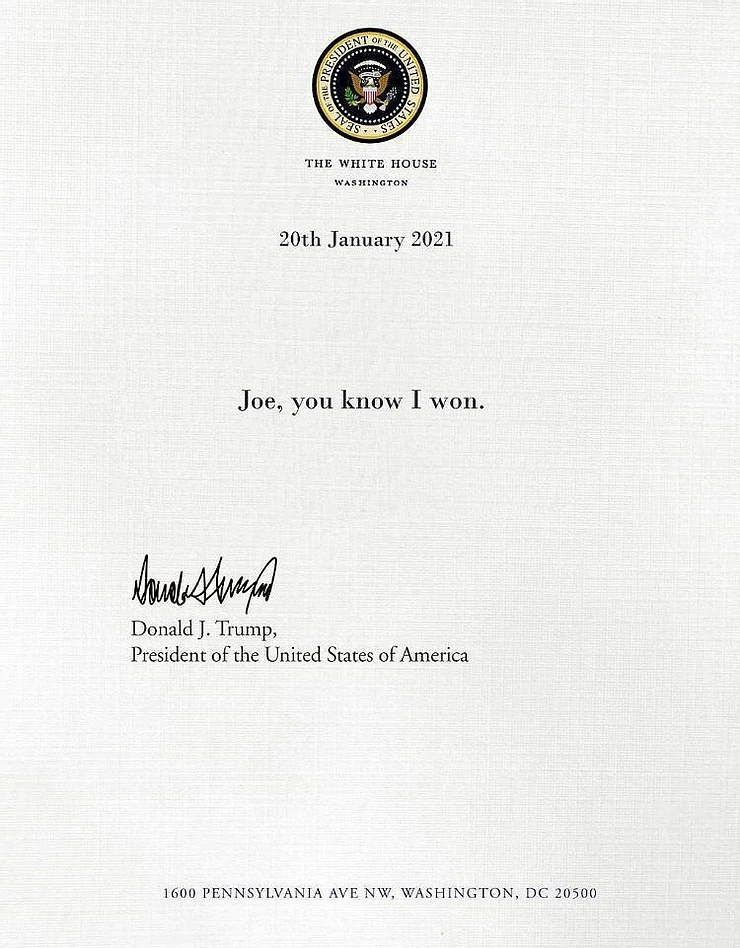 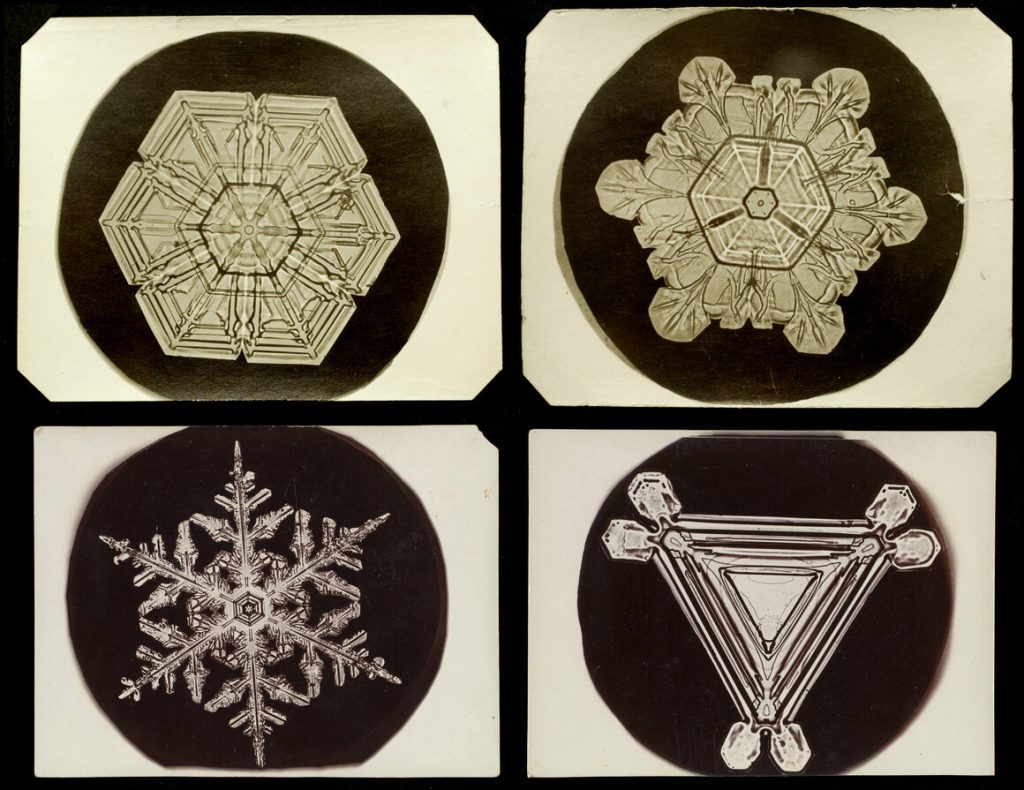 The Microphotographic Wonders of Vermont’s ‘Snowflake Man’ – Atlas Obscura Bentley’s love of snowflakes started when he was given a microscope for his 15th birthday. Working on his family farm in Jericho, Vermont, where he lived his entire life (and where 95 inches of snow falls each year), he was a keen observer of the natural world. He initially sketched the snowflakes he saw through his microscope, but eventually he figured out a way to combine a camera with a compound microscope to magnify and capture every detail of the fragile structures. It was cold and difficult work. Wearing mittens during long hours in freezing New England winter, with only minutes before his subjects would melt, Bentley devised a painstaking method: He caught and transported the tiny wonders on a blackboard, placed them on microscope slides using a piece of straw plucked from a broom and a chicken feather, illuminated them with daylight to expose light-sensitive glass plates, and increased the images’ contrast by scratching out emulsion. 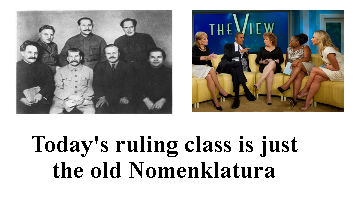 There is a third group of people who think Biden won the election fairly, but aren’t militant about it. They’re willing to allow for the possibility that some shenanigans may have taken place. But they justify this with questionable excuses like “not enough fraud to change the results.” They don’t think they’re rewarding the fraud, even though that’s exactly what they’re doing. It is the sentiment of crooked places within our great nation, like Chicago, Baltimore, Sacramento…the bosses fix the election, and whaddya gonna do? Just let it ride. A lot of people in this group are from such crooked places, and they don’t understand the damage that’s involved when you get the entire country working this way.

We need a new unit of measurement. We’ve got people running around who think they’ve thought this through all the way, saying “Sure there was fraud in the 2020 election but not enough to change the results.” They think they are quantifying. They are not. They do not even have a unit of measurement they can use to measure fraud. And so I propose the FRAUDULUM. It is the smallest unit of fraud. — House of Eratosthenes

Over a century ago, the oil, railroad, telegraph,… and power industries created huge monopolies. They set up vertically integrated cartels. And they used their enormous profits to lavish gifts on politicians, control information, and destroy competition. Some people likened these huge trusts to octopuses whose tentacles strangled freedom. In reaction, angry workers and farmers, muckraking journalists and novelists, and crusading populist and progressive politicians passed antitrust laws. And so they broke up the monopolies. Today, however, progressive politicians, Wall Street, the media, academia, Hollywood, and professional sports are all on the side of the mega-rich tech cartels. Partnering with Big Tech is both politically useful and financially lucrative.  I like how this powerful coalition portrays itself as fighting the power.  — Victor Davis Hanson,

Beyond the hype of Hyperloop: An analysis of Elon Musk’s proposed transit system

Everything Is Broken – Tablet Magazine

The irate whale rammed into the Essex twice, sinking it some two thousand nautical miles west of South America. The crew had just enough time to evacuate the ship into three small boats. Eight crew members survived by cannibalizing seven others, drawing lots to decide who should live and who be eaten. The Art of Whaling: Illustrations from the Logbooks of Nantucket Whaleships 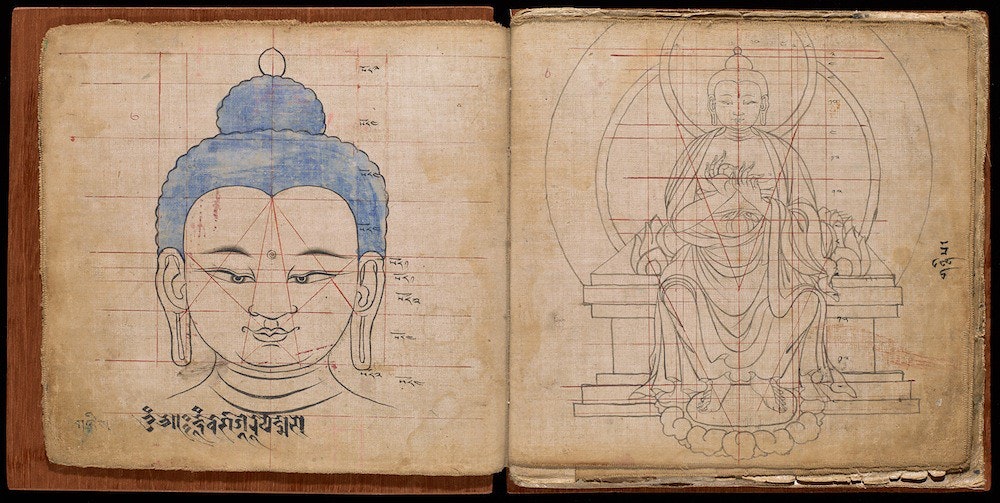 The concept of the ‘ideal image’ of the Buddha emerged during the Golden Age of Gupta rule, from the 4th to 6th century. As well as the proportions, other aspects of the depiction – such as number of teeth, color of eyes, direction of hairs – became very important. The Tibetan Book of Proportions – 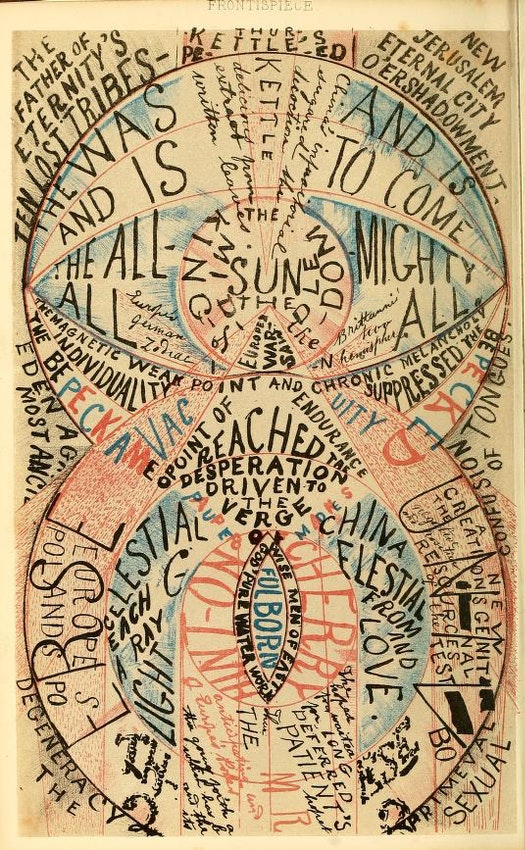 The Diagrammatic Writings of an Asylum Patient (1870) – The patient, “as though anxious, in the exuberance of his fancy, to make the fullest use of his opportunities, […] filled up every morsel of the surface — to the very edge — not leaving an atom of margin.” 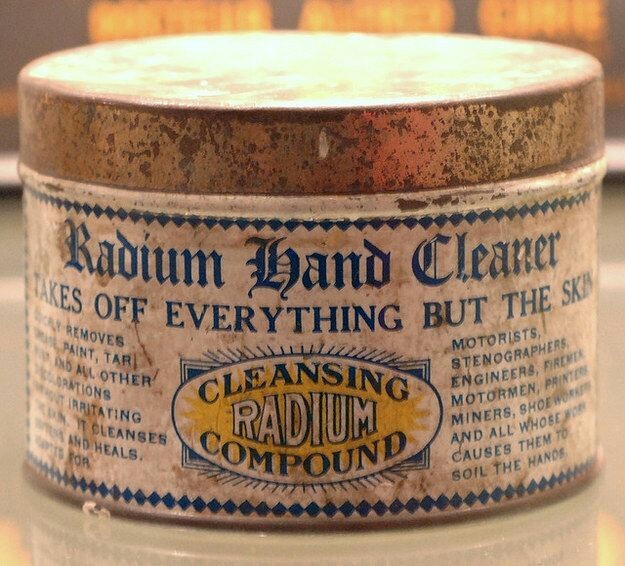 daily timewaster: Warning: Excessive use may cause the growth of extra fingers, which glow in the dark

Why is the colour blue so rare in nature? Instead of pigment mixing or alteration, blue is achieved in many animals by making structures that change the wavelength of light. For example, the blue morpho butterfly gets its colour from the fact that its wing scales are shaped in ridges that causes light to bend in such a way that the only wavelength of light it reflects is blue. If the scales were shaped differently, the blue colour would vanish.

The perfect versus the human – The New Neo When the human element goes out of art, the art suffers greatly. We perceive it, even if we’re not necessarily conscious of why things sound different.

The destructive ironclad ships of the U.S. Civil War in rare photographs, 1861-1864 – Rare Historical Photos The exploits of ironclad warships, on both sides, proved without a doubt that the age of the wooden ship-of-war was over. The Battle of Mobile Bay really made the point clear. Despite having 11 wooden ships, the Union needed its Monitor class ironclads to take a large confederate ironclad, the CSS Tennessee. 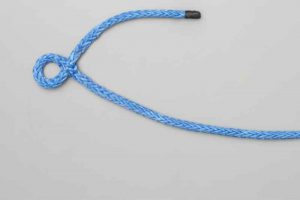 Animated Knots by Grog | Learn how to tie knots with step-by-step animation    Knot of the DayCheck out today’s featured knot. As the name implies, this is a limited time offer. But fear not, there will be a brand new Knot of the Day tomorrow!
MOTUS A.D.: So Long, And Thanks For All The Fish.Official sources report that one of Biden’s first actions as Chairman and President will to issue an Executive Order changing the MAGA designation from “Make America Great Again” to “Make America Grovel Again.” 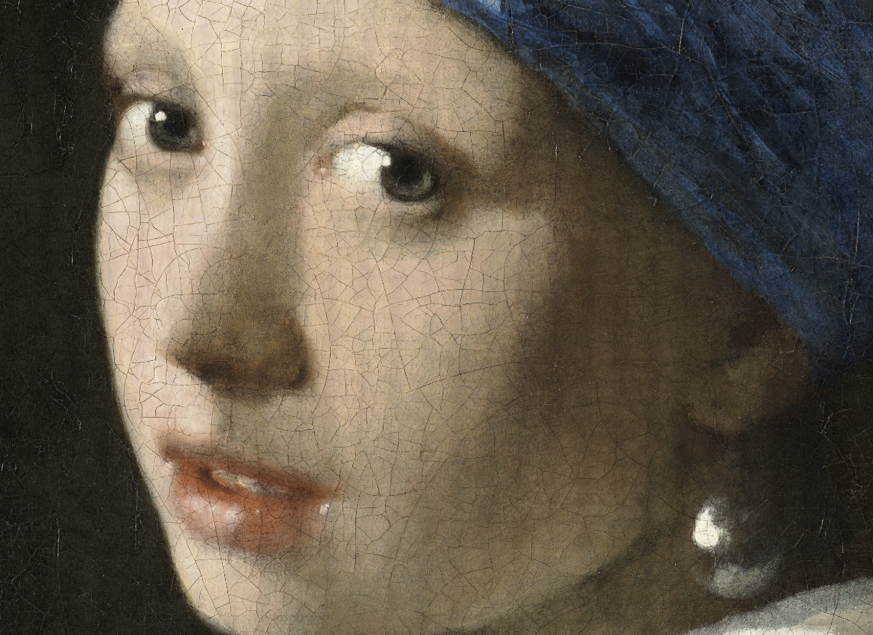 HIROX – GIRL WITH PEARL EARRING – GIGAPIXEL PANORAMA where you can zoom the image down to the smallest of Vermeer’s brushstrokes. 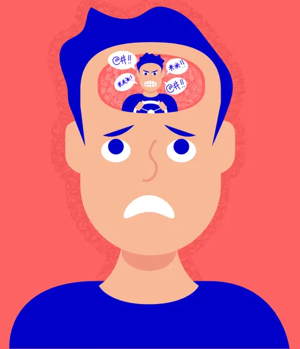 Do you have voices in your head? I do and they are talking VERY VERY FAST…

Self-reports of elliptical inner speech were measured to assess the speed of verbal problem solving. Rates of inner speech were correlated with physiological measurements of subvocal activity during verbal problem solving to evaluate the association between self-reports of verbal cognition and covert oral behavior. Sub-vocalization was electromyographically recorded during the silent solution of verbal tasks. Subjects reported the elliptical inner speech used to solve each problem (elliptical word count) and expanded that volume of words into a full statement of their internal problem-solving strategies (extended word count). The speed of processing and task simplicity were important in obtaining a high correlation between elliptical and extended word counts. The extended word count represented an equivalent rate of speech in excess of 4,000 words per minute. The volume of subvocal activity was correlated with the elliptical word count to assess whether subvocalization could be linked to introspection. This correlation was stronger during the rapid solution of simple problems.The Rate of Inner Speech – Rodney J. Korba, 1990

Previous post: “Of Paradise, so late their happy seat…”