“My mother says that violence never settles anything.”

“So?” Mr. Dubois looked at her bleakly. “I’m sure the city fathers of Carthage would be glad to know that. Why doesn’t your mother tell them so? Or why don’t you?”

They had tangled before — since you couldn’t flunk the course, it wasn’t necessary to keep Mr. Dubois buttered up. She said shrilly, “You’re making fun of me! Everybody knows that Carthage was destroyed!”

“You seemed to be unaware of it,” he said grimly. “Since you do know it, wouldn’t you say that violence had settled their destinies rather thoroughly?

”I was not making fun of you personally; I was heaping scorn on an inexcusably silly idea — a practice I shall always follow. Anyone who clings to the historically untrue — and thoroughly immoral — doctrine that ‘violence never settles anything’ I would advise to conjure up the ghosts of Napoleon Bonaparte and of the Duke of Wellington and let them debate it. The ghost of Hitler could referee, and the jury might well be the Dodo, the Great Auk, and the Passenger Pigeon.

”Violence, naked force, has settled more issues in history than has any other factor, and the contrary opinion is wishful thinking at its worst. Breeds that forget this basic truth have always paid for it with their lives and freedoms.”  —- Starship Troopers” by Robert A. Heinlein

All I know is that the Homelessness Industry doesn’t act like it want its raison d’être to disappear. 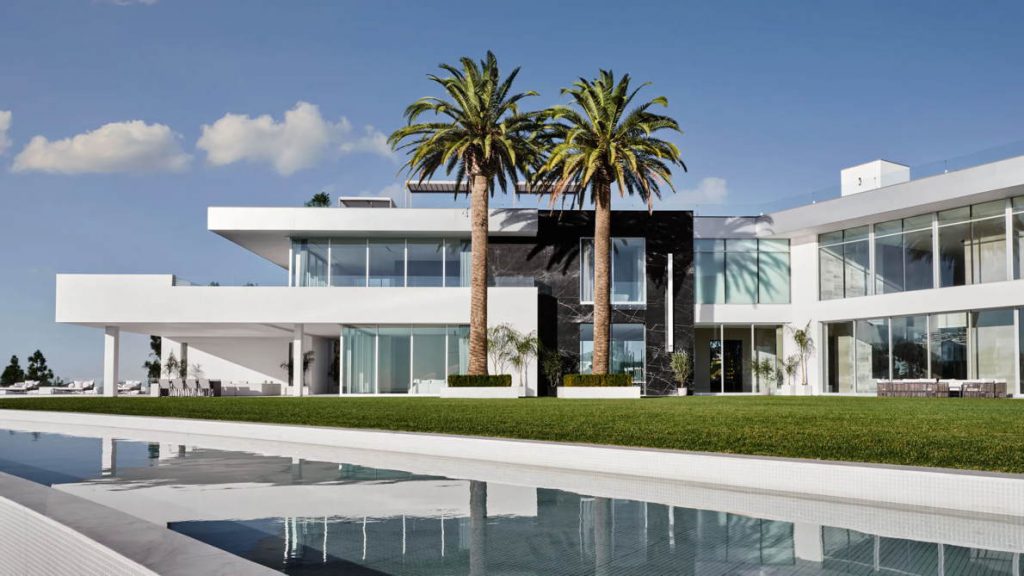 The World’s Largest—and America’s Priciest—Home Is Ready for Its Close-up | Set on a five-acre parcel in the posh Los Angeles enclave of Bel Air—and aptly named The One—the 105,000-square-foot property’s interiors have remained a closely guarded secret. Until now. AD has been an exclusive look at what’s inside this record-setting property—and the design and aesthetic minds that made it happen. Beyond the eye-catching design are the home’s equally jaw-dropping stats. There are 42 bathrooms, 21 bedrooms, a 5,500-square-foot master suite, a 30-car garage gallery with two car-display turntables, a four-lane bowling alley, a spa level, a 30-seat movie theater, a “philanthropy wing (with a capacity of 200) for charity galas with floating pods overlooking Los Angeles, a 10,000-square-foot sky deck, and five swimming pools. 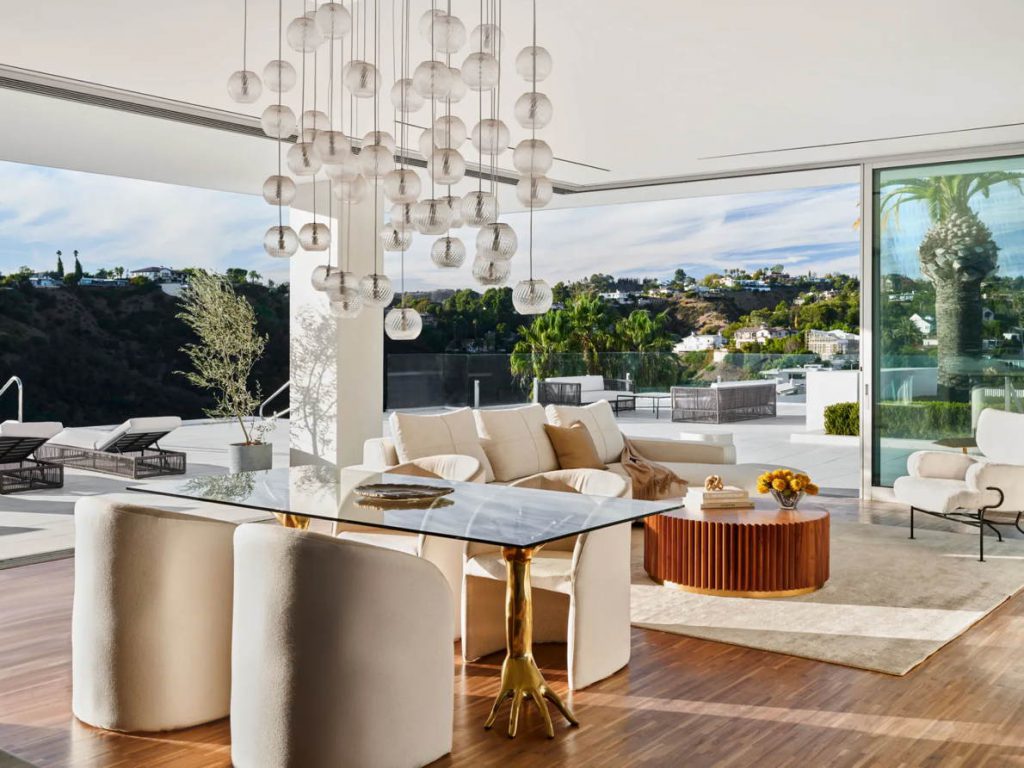 There is probably no subject in recent American history about which more nonsense has been talked [than the internet]. From its inception to the present, we have told ourselves that a communications technology that has destroyed the attention spans of billions, a surveillance tool that even the imaginary totalitarian dictators of Orwell and Huxley could never have dreamed of, a vast repository of pornography and terrorist correspondence, ennobled the human race. We have perpetuated myths of the hucksters and tinpot messiahs who made billions from it as Promethean fire-bringers rather than sordid tycoons. And, most foolishly of all, we have insisted that there is almost nothing that can be done to regulate it. — Matthew Walter, ”Slashing big tech’s Gordian Knot” 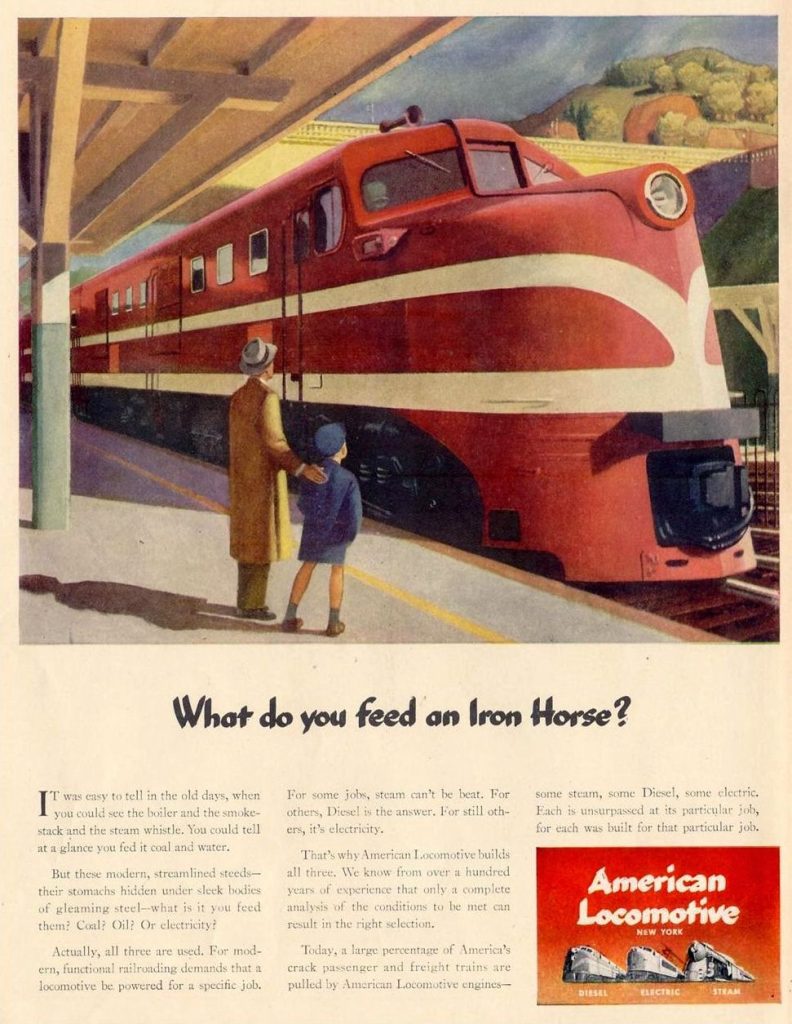 The Unlikely Pulp Fiction Illustrations of Edward Hopper For the first 25 years of his career, Eliot related, Hopper had failed to support himself solely on his painting and therefore paid his bills drawing covers and interior art for publications like Hotel Management, Everybody’s Magazine, and the Wells Fargo Messenger. 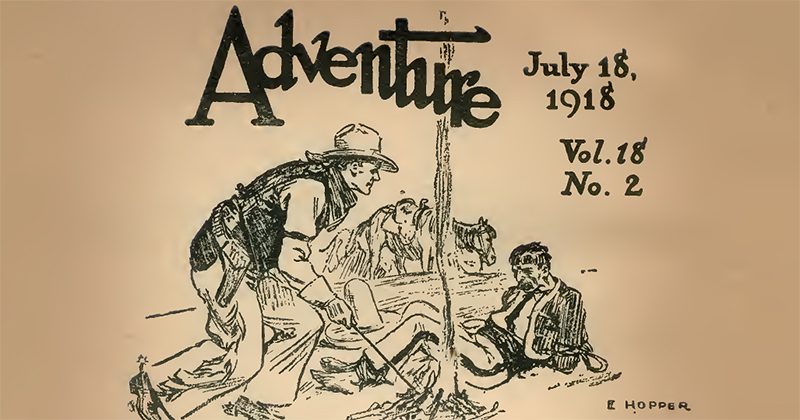 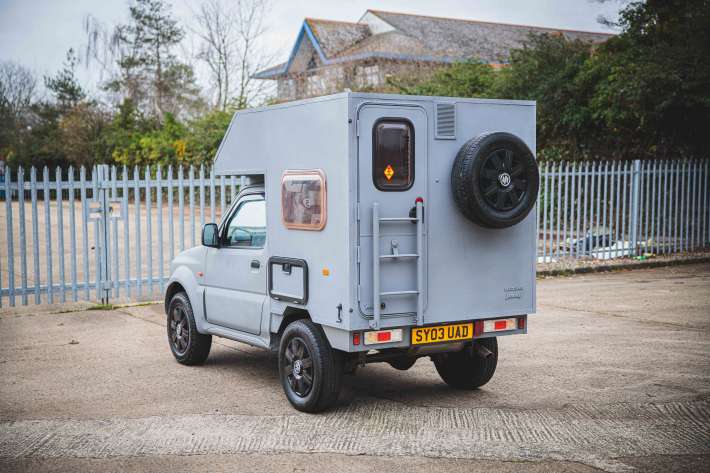 2003 SUZUKI JIMNY Motor home For Sale by Auction  On offer here is something quite unique and special. Take an aforementioned Jimny and turn it into a camper van. Why it was done is anyone’s guess but let us rejoice that it exists and consider its considerable merits and uses. We can imagine a future owner using the Jimny as a comfortable day vehicle, travelling to some remote location, well off the beaten track. A picnic, a spot of fishing, birdwatching perhaps, with plenty of room for wellies, waterproofs and other essentials. There is a bed too, so the option exists to have a night or two away. What fun, especially for one, two at a push! 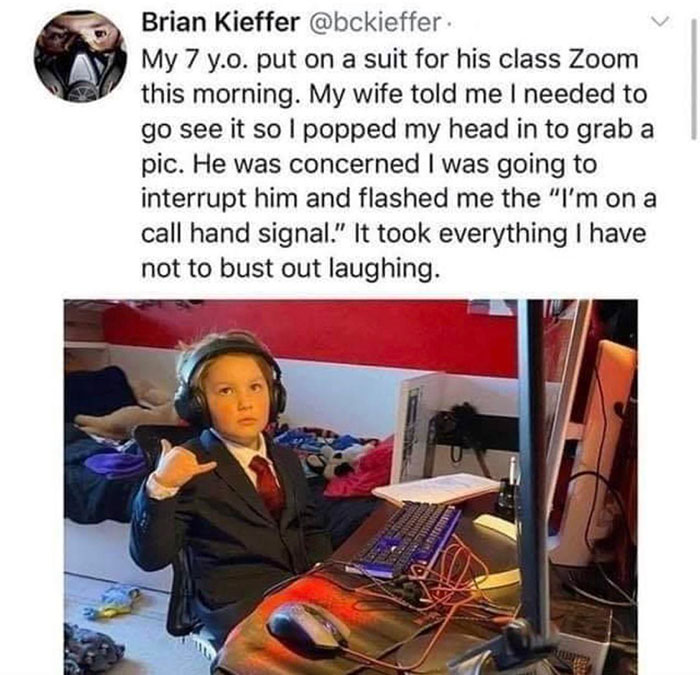 There is probably no subject in recent American history about which more nonsense has been talked [than the internet]. From its inception to the present, we have told ourselves that a communications technology that has destroyed the attention spans of billions, a surveillance tool that even the imaginary totalitarian dictators of Orwell and Huxley could never have dreamed of, a vast repository of pornography and terrorist correspondence, ennobled the human race. We have perpetuated myths of the hucksters and tinpot messiahs who made billions from it as Promethean fire-bringers rather than sordid tycoons. And, most foolishly of all, we have insisted that there is almost nothing that can be done to regulate it. — Matthew Walter, ”Slashing big tech’s Gordian Knot”This Jimny camper has the ability to turn heads wherever it goes. You certainly will not see another and whilst there is always a plethora of motorhomes for sale, try to find a compact camper and you will struggle. Immediately apparent is the rather fetching anti-scratch grey paintwork, which rather suits and gives the camper a futuristic look. It should be practical too, being not easily marked. The wheels are fairly new and look to be in good condition and are shod in matching Hankook Dynapro all-terrain tyres. No getting stuck in the mud with these. A drop-down ladder is fitted to aid access to the living area and the rear-mounted spare is easily accessed if it is ever needed. 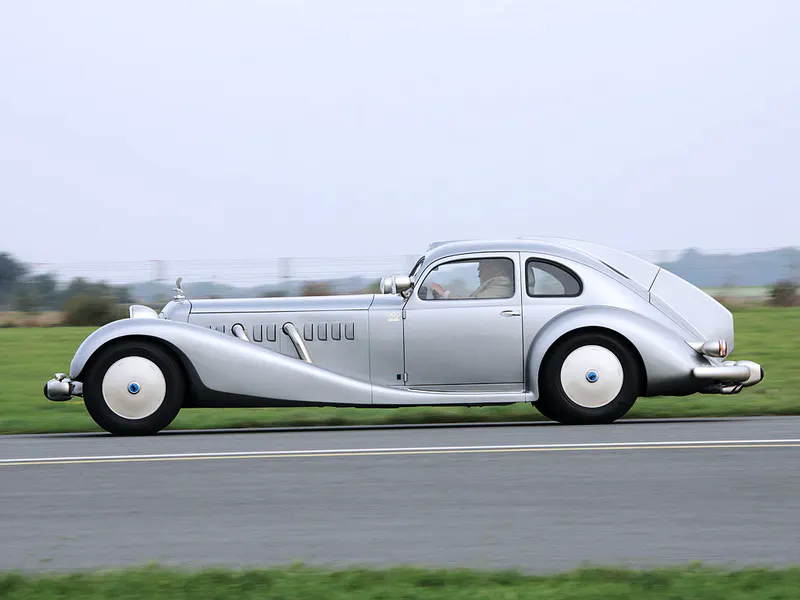 ISDERA AUTOBAHNKURIER 116I: IN THE NAME OF THE VINTAGE Four were built and inspired by their design Eberhard Schulz, head of the Isdera company, decided to make a new supercar in 2006. Called Autobahnkurier 116i, it was designed starting in 1998 and more than 20,000 hours of work are required for its construction as it was built in a completely artisanal way. The car was based on a steel chassis derived from the Mercedes-Benz 500 SEC C126 covered in a body of the same material inspired by the design of the 540K Autobahn Kurier and to which an aerodynamic fin in the rear section had been added. 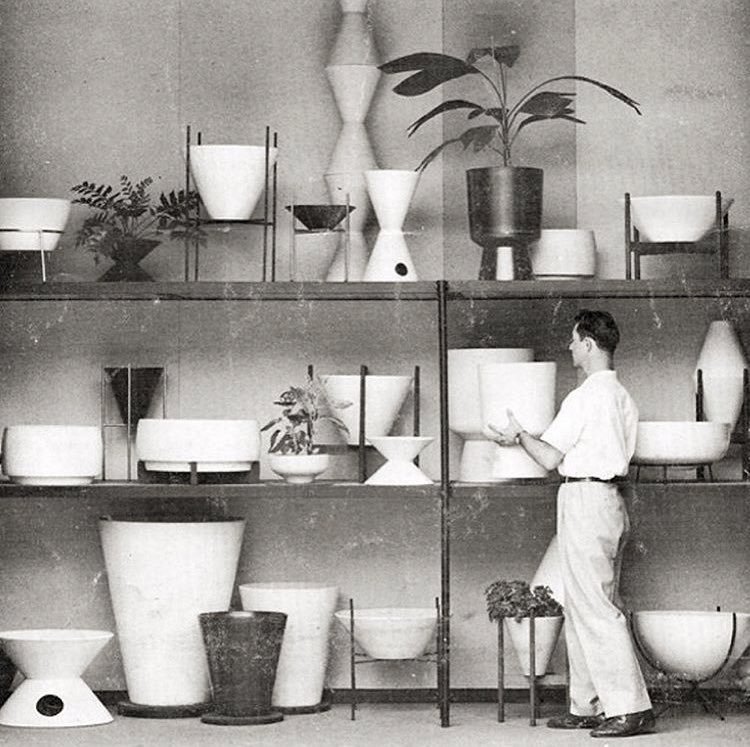 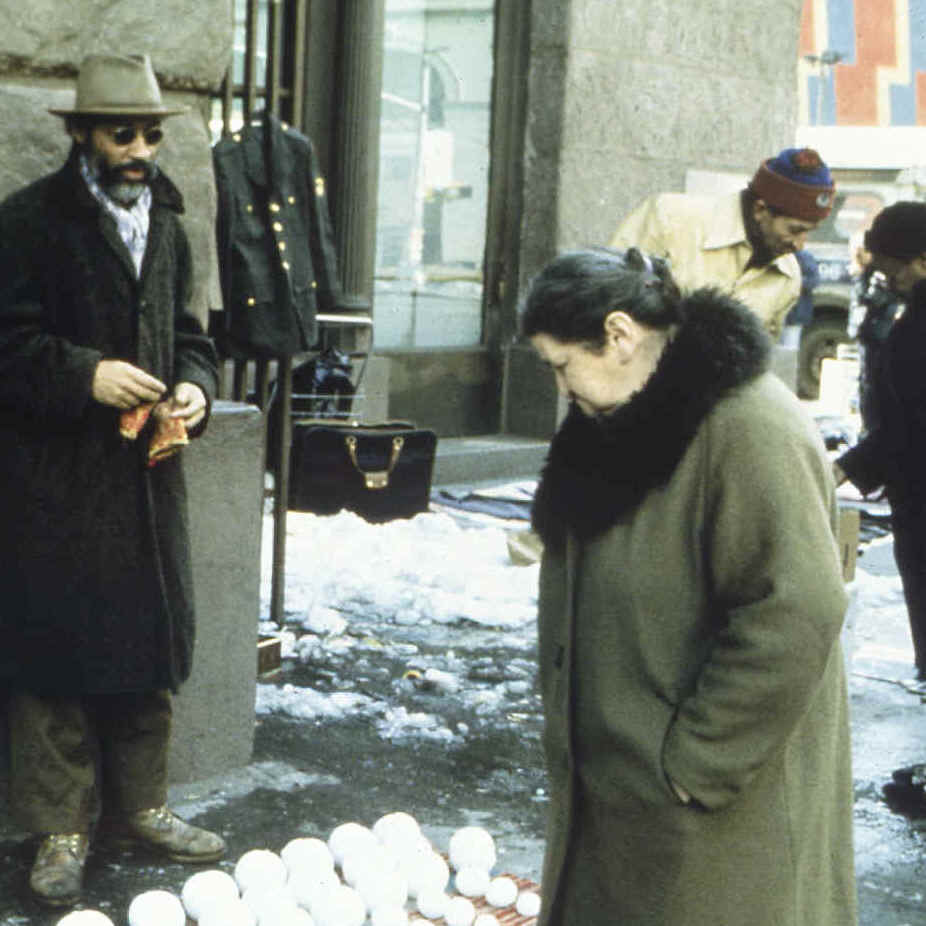 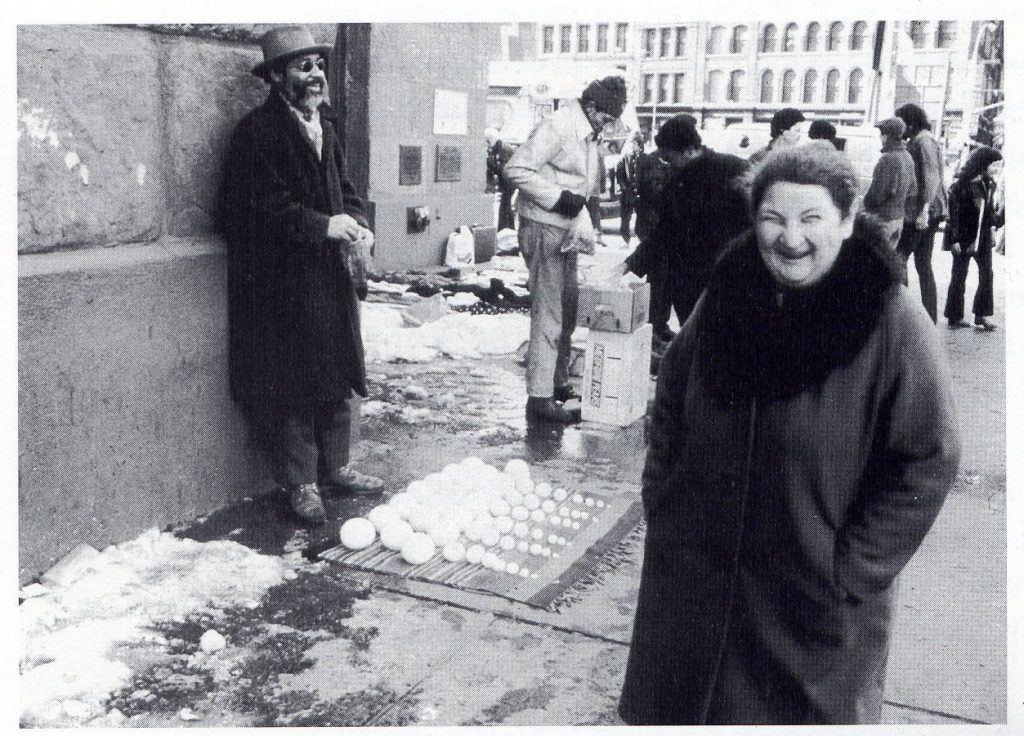 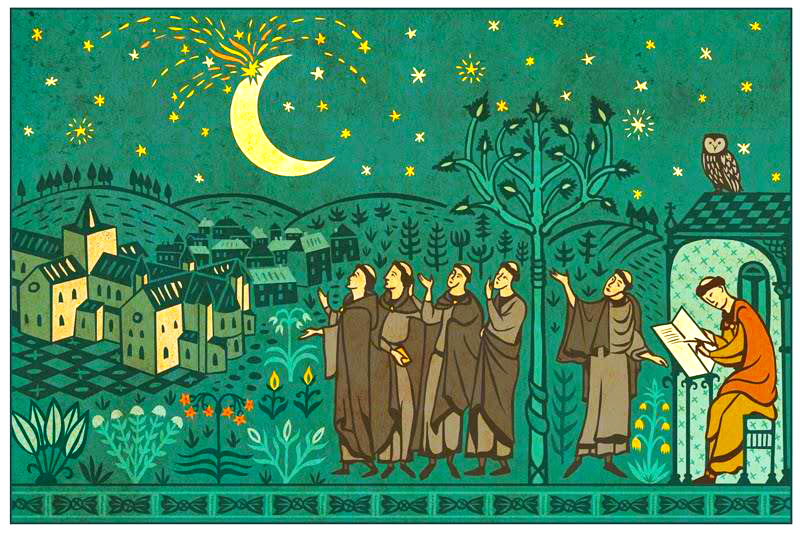 The Night The Moon Exploded From the midpoint of the division a flaming torch sprang up, spewing out, over a considerable distance, fire, hot coals and sparks. Meanwhile the body of the Moon which was below writhed, as it were in anxiety, and to put it in the words of those who reported it to me and saw it with their own eyes, the Moon throbbed like a wounded snake. Afterwards it resumed its proper state. This phenomenon was repeated a dozen times or more, the flame assuming various twisting shapes at random and then returning to normal. Then, after these transformations, the Moon from horn to horn, that is along its whole length, took on a blackish appearance.

The machines ate us. We are all sick with the same disease, which is being pumped through our veins by the agents of a monopolistic oligarchy — whether they present themselves as the owners of large technology companies, or as the professional classes that are dependent on those companies for their declining wealth and status, or as identity politics campaigners, or security bureaucrats. The places where these vectors converge make up the new ideology, which is regulated by machines; the places outside this discourse are figured as threats, and made to disappear from screens and search results, using the same technologies that they use in China.” – – David Samuels

Raconteur Report: To My Brothers and Sisters In The Military The nation has been failed by those who should have known better. States certified elections, for partisan reasons, which even a blind man could see were falsified. Courts refused to so much as examine a single piece of evidence that would have proved such was so, beyond any reasonable doubt. The Congress followed suit and ratified those fraudulent certifications, and all levels of government intend to see to swearing in a commander in chief over you who has no more right to the office than does a banana. We are not a banana republic. But your leadership wishes to behave as though we were.

Next post: The City of Political Distinction by Ambrose Bierce