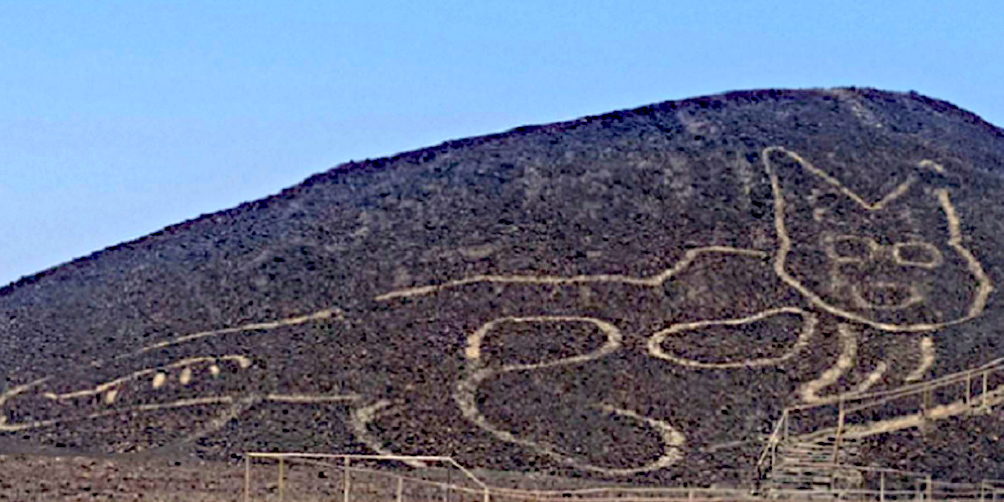 New York: Once “Hell with great restaurants” now just Hell with a Humongous Vacancy Rate: NYC Hotel Occupancy Rate Crashes Toward 10% As Permanent Closures Loom Executives in the industry predict that up to 20% of the city’s hotels could wind up permanently closed. Those that have stayed open, like the Pierre, are offering limited services. For example, at the Pierre, room service stops after breakfast and the concierge clocks out at 5PM now.

Footage from inside a Philadelphia business shows looters destroying the place within seconds during the BLM riot. pic.twitter.com/yz81zf8E6j

MOTUS A.D.: All the News That Fits Our Agenda, We’ll Print None of the buried stories have been more egregious than the suppression of the current Bobulinski revelations about the Biden family connections to the Chinese Communist Party. Bobulinski, mind you, is not your run–of–the–mill suspect whistleblower with damaging information against a Democrat candidate. For one thing, he’s a life-long Democrat, as well as a retired Navy lieutenant, an independently wealthy man with nothing to gain and a great deal to lose. In fact, he is currently receiving death threats which have forced him to hire a team of former Navy Seals to guard his family while he himself is located someplace else. He did not take this route lightly; I would say he is a credible source.

“God, grant me the serenity to accept the things I cannot change, the courage to change the things I can, and the wisdom to know where to stash the corpses so they won’t be found.”

Imagine you are a Democrat and you are watching President Trump redesign the Supreme Court and fire-up one huge rally after another while your chosen champion is decomposing in a darkened basement. Has anyone started a Gofundme to pay for therapy for half the country?

The Intrepid Reporter: Break Them On The Wheel The standard line vis-a-vis the media and how we’ll be ‘demonized’… to whit: “Just remember the media is on their side. The right are the insurgents in their mind.” A reasonable concern for reasonable people who are afraid of what other people think of them.

My response: “A couple of newsrooms hit with 3-4 deathsquad style hits and that’ll shut them down quickly. Target the local newsmen/wimmen with precise assassinations and they’ll shortly get the idea. Right now, they feel impervious b/c -no one- has legitimately targeted them. I think if Don Lemon’s head were to be blown up by a 7.62mm round on a random Friday night, then the message might be received a bit better. The Media backs who -they think- is running the show. Feed a few, live, thru a woodchipper, record it, and poast it to Youtube or Bitchute, and watch them become VERY neutral VERY quickly.”

That coldness is in the air.

When Deplorables Fight Back    A couple of newsrooms hit with 3-4 death-squad style hits and that’ll shut them down quickly. Target the local newsmen/wimmen with precise assassinations and they’ll shortly get the idea. Right now, they feel impervious b/c -no one- has legitimately targeted them.

The Age Of Covidian | There is another old-time expression that applies in this Covid drama. This one is from Eric Hoffer. “What starts out here as a mass movement ends up as a racket, a cult, or a corporation.” In the case of Covid, the panic is becoming all three. It has turned into a mystery cult for many, a jobs racket for others, and a moneymaker for global capital, which has not allowed this crisis go to waste. Rather than a plague from the gods, Covid-19 is manna from heaven for the ruling class. 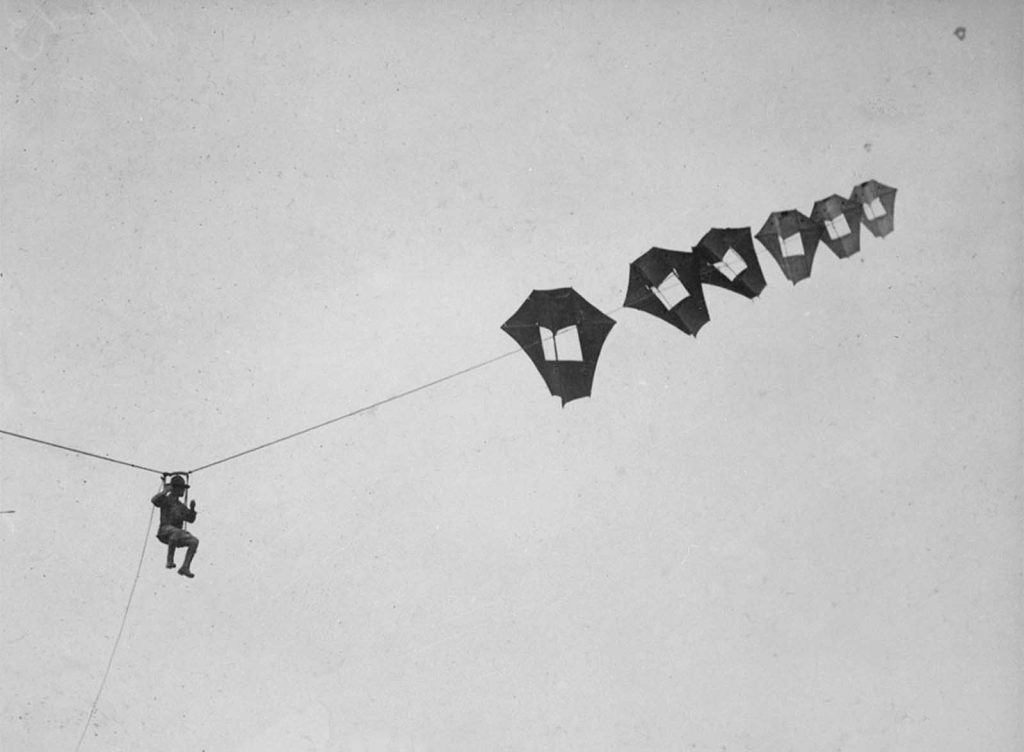 Lieutenant Kirk Booth of the U.S. Signal Corps being lifted skyward by the giant Perkins man-carrying kite at Camp Devens, Ayer, Massachusetts. While the United States never used these kites during the war, the German and French armies put some to use on the front lines. Aerial warfare of First World War, 1914-1918

The Mobilization of the Mob – Michelle Malkin They may look and sound like pesky, snot-nosed toddlers having harmless temper tantrums in black pajamas (and three-piece suits). But these professionally organized punks provide obstructionist boots on the ground for globalist Democratic billionaires and strategic cover for their violent Antifa and Black Lives Matter comrades. Wake up, smell the manufactured chaos, and vote to put these “deep state” moles and trolls out to pasture.

“You’re an interesting species. An interesting mix. You’re capable of such beautiful dreams, and such horrible nightmares. You feel so lost, so cut off, so alone, only you’re not. See, in all our searching, the only thing we’ve found that makes the emptiness bearable, is each other.” – Carl Sagan, Contact 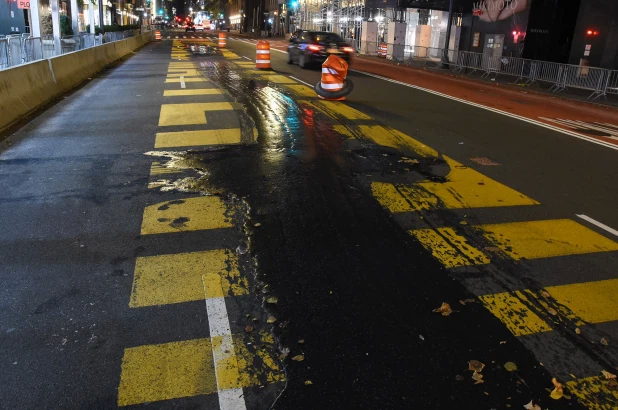 If anyone ever gets to the point where they can turn Christiane Amanpour into a lampost decoration I would make that appointment pay-per-view television.

And the emails about the “big guy” are real, btw pic.twitter.com/n0cKyDjNsE

All But the Lamest RINOs Are Getting Conserva-Woke Now One of the many glories of Donald Trump is his remarkable ability to clarify the truths than have been hidden, or that weak and stupid people have just preferred not to see. Our garbage institutions are teetering, victims of age, technology, and the utter corruption and incompetence of our allegedly elite ruling caste, and for years the soft conservatives have refused to see what is right in front of their dumb, pasty faces. Thanks to Trump breaking them in mind, body, and spirit, there’s no denying it anymore. The Establishment is a boil that must be lanced. 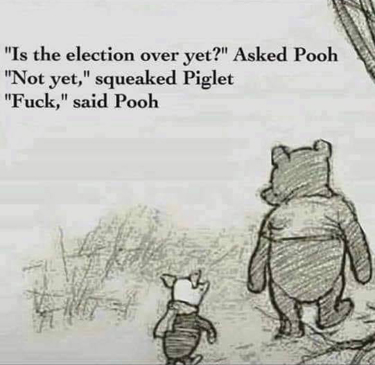