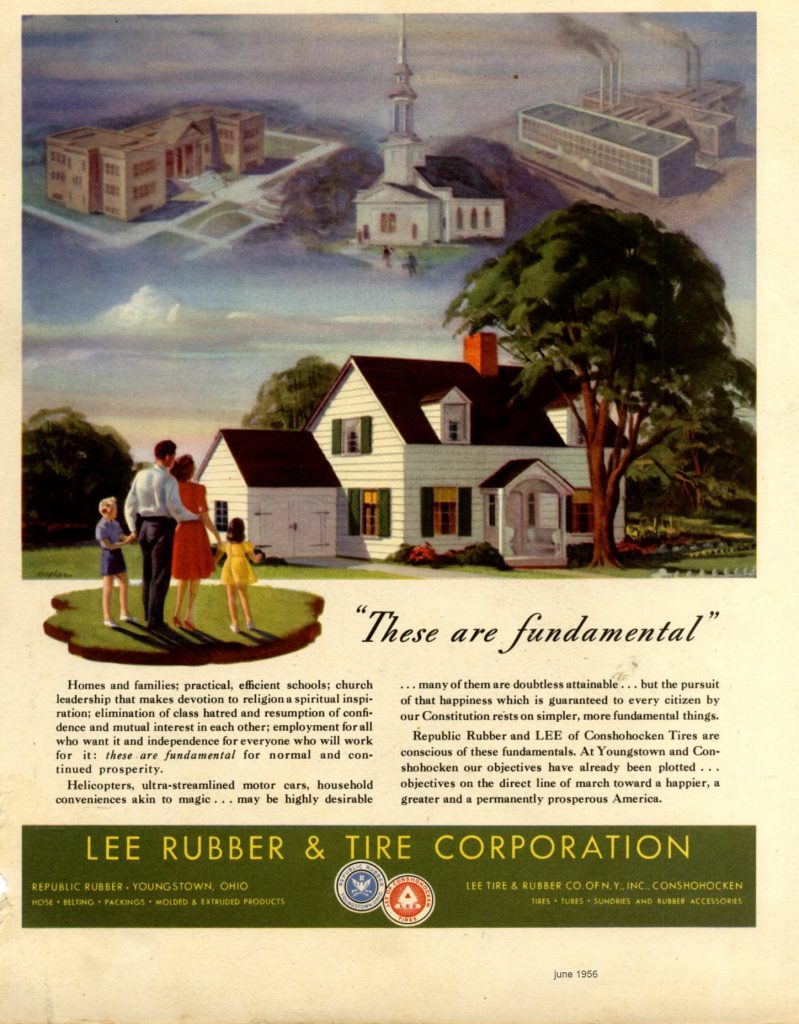 “The whole aim of practical politics is to keep the populace alarmed (and hence clamorous to be led to safety) by menacing it with an endless series of hobgoblins, all of them imaginary.” – H.L. Mencken [Well, H.L. not all hobgoblins are imaginary all the time.]

The Trump debate decoded: He won, and he won big –  In this bizarre election year, Trump did something different: He wants to get 100% of his base to show up. He’s helped by knowing that there are secret Trump supporters amongst both the independents and the Democrats, people who have learned to ignore his bombast and focus on his extraordinary economic and foreign policy accomplishments. He made it clear that he’ll govern in his second term as he did in first, only better. Meanwhile, Trump forced Biden to declare himself (although Biden managed to avoid stating explicitly that he’ll pack the Supreme Court, ending the American experiment). This is what Trump got Biden to say: “The party is me. Right now, I am the Democratic party.” The Democrat party is a doddering old man who everyone knows was hopped up on Adderall to handle the debate.

If you find yourself upset about the state of political discourse in this country just remember that 2-years ago at this time people were discussing whether President Trump’s penis was shaped like a mushroom or not – seriously!…

A lesson in failed leadership: Leaders have to lead. Leaders have to face down challenges to their authority. Leaders who back down and submit to the demands of their followers also give up their leadership. Once a leader abdicates his position, especially if he does so under duress or out of cowardice, he is very unlikely to ever get it back, even if his leadership is in everyone’s best interest.

call me an idealist, but i think it’s possible for society to draw a line between destigmatizing tattoos in the workplace and recognizing if you look like something straight out of pan’s labyrinth you’re going to make the five year olds cry https://t.co/eicUyy4UkX

Elon Musk WON’T get coronavirus vaccine because he’s ‘not at risk’ | ‘Everybody dies,’ Musk said on the human cost of the pandemic that has infected more than seven million in the US and killed more than 204,000. ‘It has diminished my faith in humanity, the whole thing…the irrationality of peope in general,’ the South Africa native said.

Once I am done with my current 50 State tour ,I’m getting my car detailed, tuned up, news wheels and checked out then I’m going to give it to a family in need of a car to get to A & B .It Currently has 333,327 miles on it but still runs great .Pay it forward !Thank you @Ford pic.twitter.com/ItStr9COiO

Don Surber: Highlights of the News  He goes around the country mowing lawns for old people and others who cannot mow their lawn. He has challenged young people to do so as well.

With summer over, he returned home.

Lost for words . Wow…. @Ford came out to my lawn in MI. After mowing my lawn, they surprised me with a a brand new 2020 Ford Edge. Wow . Thank you so much @Ford . pic.twitter.com/3aafoo6yT4 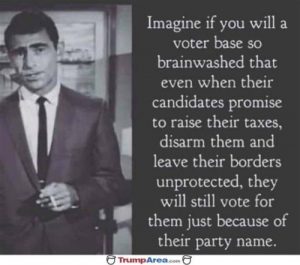 The Weak Leading the Woke –   How long has Joe Biden been in government? After serving two years on the New Castle County Council, Biden was elected one of Delaware’s U.S. senators in 1972, weeks before he turned 30 and became constitutionally eligible to take office. (He defeated 63-year-old Republican incumbent Cale Boggs who, the Biden campaign insinuated, was a nice man but no longer really up to the job.) After 36 years in the Senate, during which he attempted unsuccessfully to win his party’s presidential nomination in 1988 and 2008, Biden served two terms as Barack Obama’s vice president. He became a private citizen in 2017 for the first time since 1973. 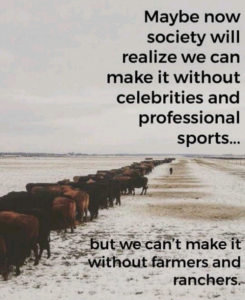 Peaceful Separation |   The quickest way to social peace is to unplug the internet and shutter the public affairs shows on television. If all of a sudden people had to go across town to tell someone that they did not like their politics, they would not do it. In a flash, a disunited and disagreeable people would be minding their own business. The liquored-up harpies on social media would have to join the church or a local civic association if they wanted to gossip about people they barely know.

The problem that Trump faces–all who love America face–is that the left knows that Biden is not a real candidate. Biden is a delusional Walter Mitty. It doesn’t matter what he says, including his boast that “I am the Democrat Party!” No, you are not. You are just chaff thrown out to confuse the radar and let the real bombers get in.

This plague of caring is not all that different from the last plague of caring that is still with us to some degree. The global warming panic operated along the same lines as this COVID panic. Instead of the great and good decorating themselves with masks and face shields, they toted piles of grimy canvas sacks to the supermarket. They imposed silly regulations on everyday items like gas cans and drinking straws. Caring about Gaia is the Eleusinian Mysteries of the managerial class.

The question is whether a civilization disillusioned with health bureaucrats, soured on models, and weary of lockdowns can rediscover the motivation which kept their forefathers going. Faith is perhaps the greatest survival mechanism the human race has ever invented and we have misplaced it. Yet only by willing to go on without assurances do we stand the slightest chance of making it. Not to the old world since, just as the pre-WW2 world would never return any more than the free and easy air travel in the days before 9/11, time moves. But to a place where we can live and thrive again.

Things got ugly fast. Jefferson’s camp accused President Adams of having a “hideous hermaphroditical character, which has neither the force and firmness of a man, nor the gentleness and sensibility of a woman.” In return, Adams’ men called Vice President Jefferson “a mean-spirited, low-lived fellow, the son of a half-breed Indian squaw, sired by a Virginia mulatto father.” As the slurs piled on, Adams was labeled a fool, a hypocrite, a criminal, and a tyrant, while Jefferson was branded a weakling, an atheist, a libertine, and a coward. Even Martha Washington succumbed to the propaganda, telling a clergyman that Jefferson was “one of the most detestable of mankind.”

On behalf of Kyle Rittenhouse, I shall sue @JoeBiden & Biden/Harris Campaign for libel.

I am partisan in 20/20 supporting @realDonaldTrump.

I am non-partisan trial lawyer who aggressively pursues truth to achieve justice.

Put in your hearing aid, Joe. You will hear footsteps.

Biden has emerged from #thetrain. pic.twitter.com/tapsYOSQaB

I detest Donald Trump. And I hope he wins in a landslide. #debate

How we know Trump won  After last night’s debate, the left wants to end the debates citing his behavior. People who have had no problem with spying on President Trump, rioting, refusing to give him a peaceful transition, and impeaching him without cause are still pretending his refusal to be polite when dealing with them undermines our constitutional republic.

News from the “Woke Supremicists” Is Chris Wallace a White Supremacist?   After two nights of looting and arson by “peaceful protesters” in Kenosha in response to the police shooting of a knife-wielding black man resisting arrest, a group of men calling themselves “Armed Citizens to Protect Our Lives and Property” did just that. One of the men, Kyle Rittenhouse, shot three Antifa as they were attacking him, killing two, in a clear case of self-defense. That’s Wallace’s big example of right-wing violence: an armed citizen defending himself. The left wants Antifa to rule our cities, with no pushback from uppity Americans. 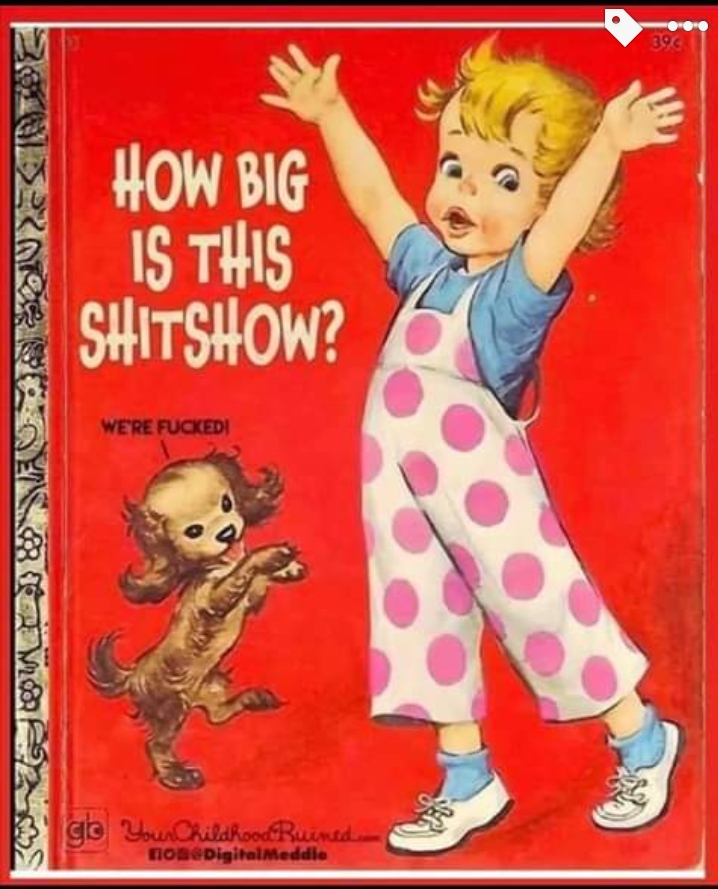 Giving these monomaniacal athletes a voice in anything other than what sort of shoe is best for basketball or how to hit the inside pitch is a recipe for disaster. Very few of them took anything other than athletics seriously from a very young age; their studies were simply a trivial obstacle. These are men who probably can’t read and write very well, who have very little grasp of history or economics (and judging by their bankruptcy rate they probably can’t balance a checkbook!), yet their pontifications on a wide variety of important topics is taken seriously by a media devoid of critical thinking ability.  Ace of Spades HQ

Previous post: The NFL, NBA, and MLB are dead to me after being on life-support for decades, but in their place I have found a new spectator sport.