This is what happens when malevolent narcissists don’t get slapped and thrown to the ground. The kind of psychology we’re seeing, over and over again, overwhelmingly from the left, is an exercise in bad faith, a fundamental dishonesty. It therefore isn’t amenable to correction with facts or debate, or appeals to reciprocity or some higher purpose. Tolerating such behaviour – and worse, deferring to it will only encourage an escalation of vanity, malice and sociopathy. It may, however, be discouraged with reminders of physical consequences. Ideally, physical humiliation. A reminder that nasty little egos can be publicly broken. — davidthompson: Shamelessly, He Quotes Himself

Shaun King is announcing his intention to put random officers in harm’s way as a means to blackmail @KenoshaPolice into sidestepping due process.

Kenosha man who shot rioters or “protesters” seen turning himself into the police immediately afterwards. pic.twitter.com/8dXppLo6tO 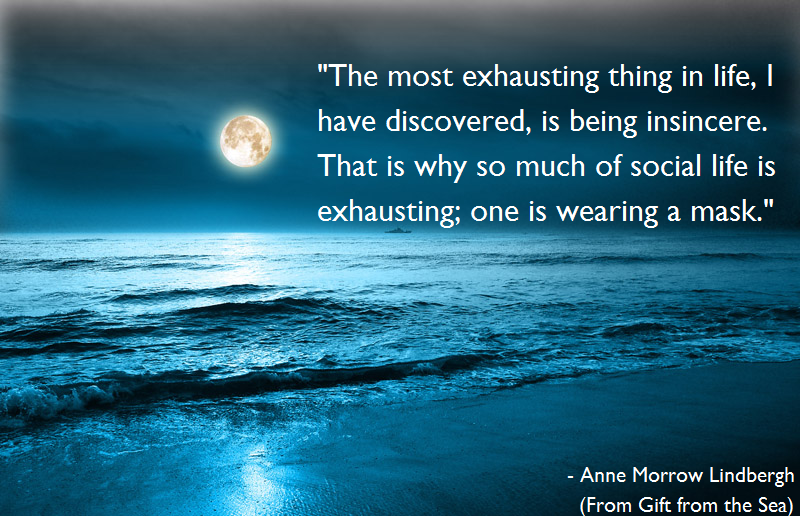 Coronavirus Update XXVIII: fear, Fear, FEAR! – William M. Briggs  Rulers, made mad by their own ignorance and the cries of their frightened charges, now say only experimental vaccines are the answer. The Aussie PM said he will force people to get the vaccine. The “Virginia Health Commissioner says he’ll mandate a COVID-19 vaccine“. Be damned to its consequences. (Incidentally, here’s a paper “A randomized placebo-controlled trial in children showed that flu shots increased fivefold the risk of acute respiratory infections caused by a group of noninfluenza viruses, including coronaviruses.”) 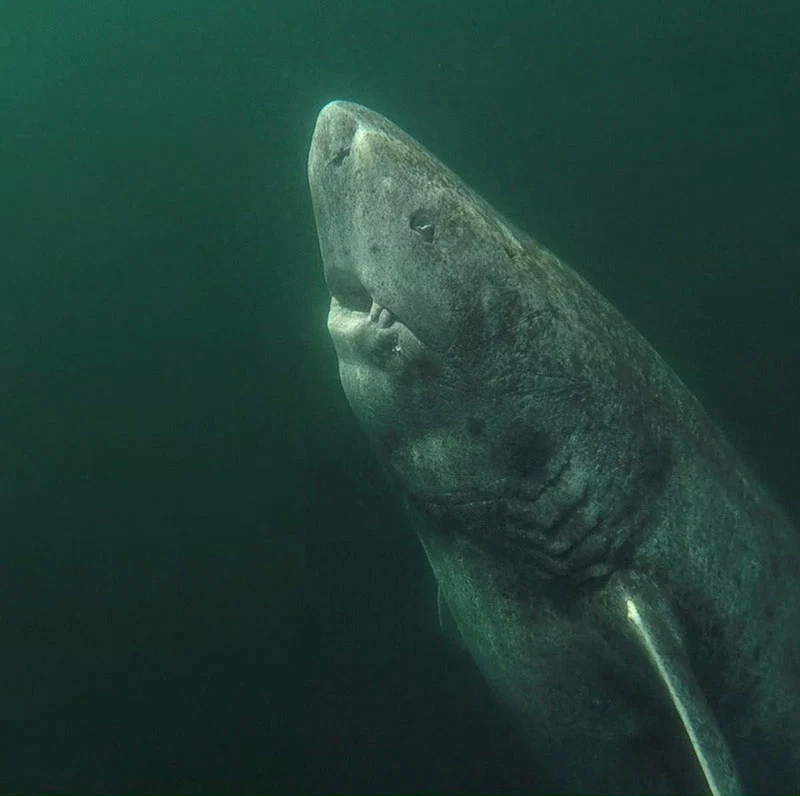 This Greenland Shark is the Oldest Living Vertebrate Known on the Planet   A female Greenland shark (Somniosus microcephalus) has been recognized as the longest-living vertebrate known on Earth. Scientists used radiocarbon dating of eye lens nuclei to determine the ages of 28 of the animals. The researchers estimated that one female was about 392 years old plus or minus 120 years. Even at the lowest end of the range, it would still be older than the former vertebrate record-holder, a bowhead whale estimated to be 211 years old. The team found that the Greenland sharks grow at just 1cm a year and don’t reach sexual maturity until the age of 150!

LEFT-WING TERROR: Driver in Custody After Allegedly Shooting at Trump Supporters at Rally in South Carolina –  Marquise Damarius Asomani, a 23-year-old black man, is being held by police in connection with the shooting. He has been charged with six counts of assault and battery of a high and aggravated nature, one count of pointing and presenting firearms at a person, one count of unlawful carrying of a pistol, and possessing a firearm at a violent crime.

It’s the little things that can remind us what a great nation America is and that in spite of some of the worst times we love America and our flag https://t.co/An3IP4QUhJ

“Segregation now, segregation tomorrow and segregation forever.”  — George Wallace  Don Surber: Highlights of the News  “On July 20, Washington Square News, the weekly undergraduate student newspaper of NYU, published an article titled ‘Student-Led Task Force Calls for Black Housing on Campus,’ in which they reported on the university’s willingness to help implement residential communities open solely to ‘black-identifying students with Black Resident Assistants.’ Since then, the university has officially given the project a green light, aiming to have NYU’s first segregated residential floor established by Fall 2021.”

Cannon Hinnant, George Floyd, and Losing the War on Drugs The body of a junkie ex-con who had robbed a pregnant woman at gunpoint was placed in a golden coffin on a horse-drawn hearse while a nation whose cities were burning watched. Cannon Hinnant was laid to rest quietly in a small funeral home across the street from a gas station. The mourners, some driving pickup trucks, parked out front and made their way through the puddles to hear his youth pastor eulogize the 5-year-old boy who had been shot in the head.

The challenge to us all, today, is to be in the moment, or even capable of being. One must be there, not only in mind. Physically, we are alive and in bodies; there is no other way, than by contact. But we act as if we need not be physically there. We are content to read the news, as it were; to audit the lecture on the Zoom screen; to “visit” a Mass that is being recorded. We are present “in the spirit,” we say to ourselves. But I cannot credit these out-of-body claims. We are humans, not the spirits we imagine. To my mind, the worst effect of the Batflu is to remove us even farther from the moment, to some unreal abstract space; from that mystical “transubstantiation” in which we are not elsewhere, but very fully here.

COVID-19 was the perfect chance to produce, stoke, and maintain fear in pursuit of power. In short, the ruling class used the coronavirus to collapse American life. We are living through a coup d’état based on the oldest of ploys: declaring emergencies, suspending law and rights, and issuing arbitrary rules of behavior to excuse taking âfull powers.â

This closely approximates my projected vote shares, which forecasts Trump winning by an electoral college landslide. Trump will win the biggest margin amongst white working class since Harry Truman in 1948. (Not coincidentally, the worst ever polling in any campaign was 1948). pic.twitter.com/vwMRsvMA9E

Contrary to the ignorant assumptions of the educated indoctrinated, who assume that because everyone they know has a college degree, everyone does, only 21 percent of non-Hispanic Whites possess at least a bachelor’s degree. In other words, the white vote presently looks like this, which is why the media is presenting it in such a convoluted and meaningless form. Of course, most of the missing 10 percent will go to Trump as well, so he can expect to take about two-thirds of the white vote, which is still more than enough to generate a massive Trumpslide given the concentration of the not-white vote.

This is why I’ve been recommending that the Republicans change their name to the American Party and end all their futile outreach efforts to not-white voters for over ten years. 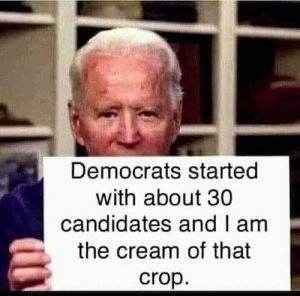 Now Democrats Are Stuck With Biden So, now the bar is raised for the debates since Kierkegaard’s fanboy is the master of rhetoric and the font of all wisdom. He can’t just come out, stand there, and win by not forgetting to zip up his fly or by foregoing groping a production assistant. He’s going to have to deal with Trump, who is as vital and focused as Biden is desiccated and lost. Sure, Joe will have the moderators Candy Crowleying for him big time, trying to cover for his incoherence and take Trump off his game. If Trump is cunning and bloodthirsty, which he is, he’ll ignore the media offensive line, blitz right at Biden, and smear him all over the field. Trump has achievements, promises he’s kept, and if you listen to his speeches (he’s back on the road with smaller crowds), he’s making more promises that he’ll keep. What’s Mr. Jill got? His theme is âI’m kind of nice, and pay no attention to the agenda of the communists pulling my strings.â He’ll raise your taxes, ban fracking, suck up to the ChiComs, let rioters run rampant, defund the cops, and try to take your guns. And the Dems’ plan has worked so well that they literally have the worst possible candidate to defend this idiotic agenda against the best and most aggressive GOP politician in decades.

Activism is a way for useless people to feel important, even if the consequences of their activism are counterproductive for those they claim to be helping and damaging to the fabric of society as a whole.

There are few talents more richly rewarded with both wealth and power, in countries around the world, than the ability to convince backward people that their problems are caused by other people who are more advanced.

‘Luxury beliefs’ are latest status symbol for rich Americans White privilege is the luxury belief that took me the longest to understand, because I grew up around poor whites. Often members of the upper-class claim that racial disparities stem from inherent advantages held by whites. Yet Asian Americans are more educated, have higher earnings and live longer than whites. Affluent whites are the most enthusiastic about the idea of white privilege, yet they are the least likely to incur any costs for promoting that belief. Rather, they raise their social standing by talking about their privilege. In other words, upper-class whites gain status by talking about their high status. When laws are enacted to combat white privilege, it won’t be the privileged whites who are harmed. Poor whites will bear the brunt.

Previous post: Civilization spans but an inch of time.