Driver of Truck has his say:

Here’s the driver!! They followed him home, you can’t make this up!!!🤦‍♀️ pic.twitter.com/df2ojw04SN 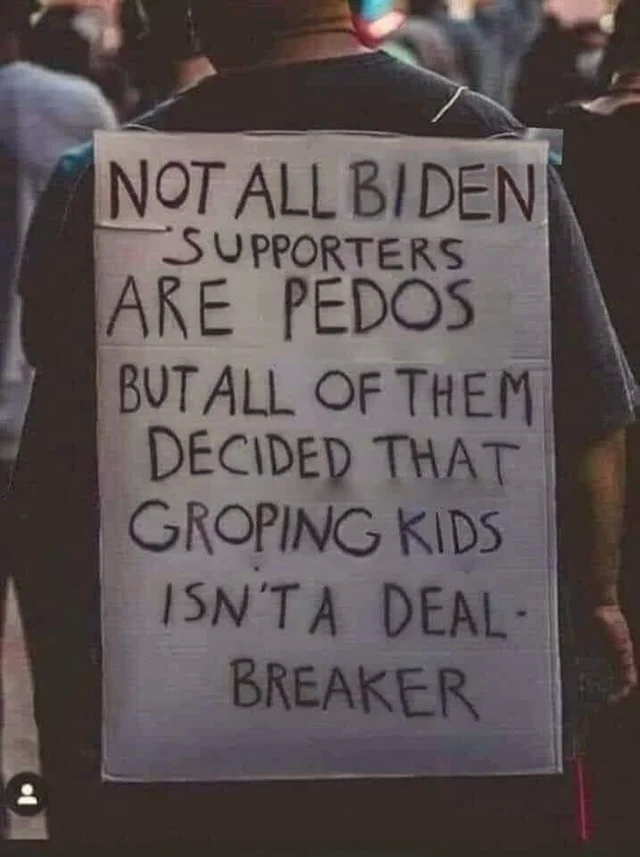 The Culture War was something declared on us, when our lives and churches were invaded by these stinking, statist trolls. Their motives are demonic, but we leave that to God: for our purpose can only be to destroy them, in the near term. The pulverization of the Left and all its projects, would be good for us, and in itself, but also good for the leftists. Here let me resort to the “argumentum ad Hitlerum”: we did the Germans a favour by getting the Nazis off their backs. Had we been pacifists, and surrendered, we would only have gone to hell with them. There is no holiness in surrender, except to God. It is our duty to “bend the knee” to no other. 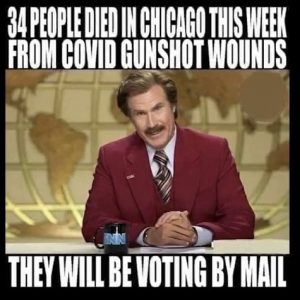 Intel ousts its chief engineer, shakes up technical group after delays. Having failed to appease the Seven Nanometer Gods, the Council of Elders at Intel cast their Lead Technowizard into the void, and shatter the Magekeep into disparate pieces, entrusting their protection to a legion of Bureaucracy Golems nestled deep in the Pits of Corporate Synergy. Hackernews takes a break from furiously ordering two-hour Prime delivery of Chinese counterfeit Hydroflasks to express deep concern for the death of American manufacturing. They follow up with some noise about national defense, but soon they have to get back to work shoveling other people’s information into the hands of stateless international corporations incapable of patriotism or humanity.

There’s also the possibility that reality has simply gone on holiday and will return to put all of this back in order. Some unknown crisis will reveal the massive cracks in the foundation of the current economic model. Everyone will suddenly snap out of the fog of plenty and rush for the exits. After all, the Bronze Age economic model was unable to hold up under the pressure of the Sea People. The current economic model may simply collapse under the weight of a billion Africans. 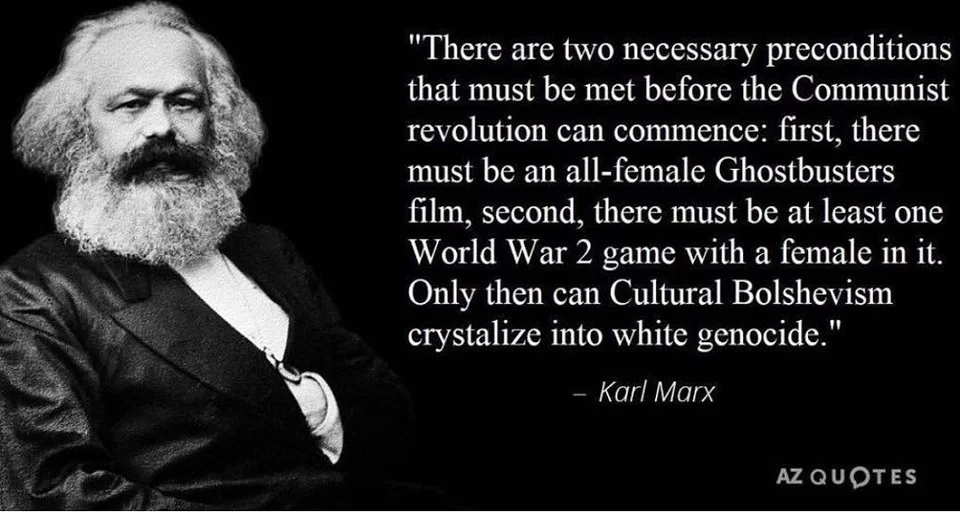 ‘Who deserves a funeral? How could any person who has lost a loved one during the pandemic see this blatant hypocrisy and not be incensed? You had to decide which family member could enter the hospital and be the last to see their father alive. You had to have last rites read over the phone. You could not touch the casket before it’s lowered into the ground. You could not embrace each other as the dirt was shoveled. All the while, the same politicians who lectured you about making sacrifices to stop the spread traveled with impunity, attended large funerals without proper social distancing and avoided quarantines upon their return.

How to Hold Beijing Accountable for the Coronavirus – In May, 120 countries represented in the World Health Assembly agreed to an “impartial, independent and comprehensive evaluation” to “review experience gained and lessons learned from the WHO-coordinated international health response to COVID-19.” This strange and potentially restrictive wording represented a compromise allowing Beijing enough wiggle room to avoid any serious investigation. Chinese President Xi Jinping made this intransigence even clearer by stating the investigation should only begin after the pandemic is contained. Although a WHO advance-planning team left for China on July 10, it is highly likely that any international investigation will be significantly curtailed by the Chinese government.

The name of George Floyd, the career criminal who died in police custody at the end of May, was at first invoked mantra-like to justify or at least to explain this explosion of savagery. Now, a couple of months later, there are still ritual invocations of his name but, really, you donât hear too much about Floyd. The real agenda has come more and more to the fore. Barack Obama summed it up when he said, in 2008, that he was after the fundamental transformation of the United States of America. Cities like Portland give us a glimpse of what that transformation would entail.  The clips of the savages burning Bibles put me in mind of Heinrich Heineâs solemn observation that Dort wo man Bücher verbrennt, verbrennt man auch am Ende Menschen: ”Wherever people burn books, they also end up burning men.”

The city folks who move to get away from the mess they have voted for have a complete mental disconnect as to why voting for trendy progressiveness ruined their city. They think voting Democrat means they are saving the planet, helping the poor, that it makes them a good, caring person. They think voting for that young, hip socialist city councilor is edgy and progressive. They also think they are sticking it to dumb right wing rubes when they vote for stupid trendy left wing BS. My dad’s neighbor in his 55 and up community who is a New Yawka and a retired cop that is supposedly a right wing conservative told me he couldn’t believe that you don’t need a license to purchase or own or even carry a gun here in Maine. He thinks we should have a waiting period to buy a gun. (even after watching cities burn while the cops did nothing) Sorry, but even big city Republicans do not share the same views as more rural Americans.

Don Surber: NYC won’t recover: The Democrat governors and Mayors are playing a game of chicken with Trump. It’s a huge gamble with all the chips, the car title, the deed to the house and their grandmother’s diamond engagement ring on the table. If he loses they get the federal bail out they so desperately needed even before covid. If he wins they are screwed, game over. Maine just had a $100 million tax revenue shortfall for Q2, they were expecting $27 million. I guess the reason this high school educated self employed auto mechanic saw that coming 4 months ago is because I pay a monthly sales tax return, weekly federal payroll taxes and quarterly state payroll taxes. I figured out that if my small essential business had to temporarily lay off employees, and saw our sales tax payment cut by more than half that closed bars, restaurants, retailers, hotels, hair salons, etc were going to pay exactly $0.00 in taxes. How come the smarty pants in Augusta couldn’t see this?

Even MSNBC’s Rachel Maddow Beat NBA, MLB Opening Night Ratings CNBC reports the NBA average viewership on opening night to be 2.9 million. However, whether 2.75 or 2.9, the NBA not only bent the knee for the anthem, they also bent the knee to Rachel Maddow.

We mock (for many good reasons) the “trans” movement in America. The idea that the immutable programming in each of our 30,000,000,000,000 cells (3×1013) can be changed with hormone injections and some surgery is just…nuts! And that’s the point. Sometimes we forget that most of the people who subject themselves to this profound mutilation are themselves profoundly disturbed.

America has lost her mind and her bottle and is allowing people to avenge their mediocrity by destroying what others have built through hard work and enterprise. And the media is encouraging the scum to destroy.

Alyssa Blanchard is a Chicago schoolteacher who lives on the South Side and is presumably black, because you’d have to be insane or deeply suicidal to either teach at Chicago public schools or live on the city’s South Side if you’re not. She was recently carjacked by a group of vibrant teens and used her skills of discernment as a middle-school teacher to estimate that children as young as 11 were among the ’jackers. The day after these kids with endless potential stole her BMW at gunpoint, they used it to commit another carjacking at a local hospital.

The plan of course is simple. Nominate Biden, select a black woman for vice president, let the Bernie Bros write the platform, keep Biden in the basement until Election Day, win, and have him resign shortly after the inauguration. Presto! The First Black Woman President! Ah, but if Biden cannot make it to November 3rd, Democrats have a major problem.

Masks as magical thinking:  The common man’s zealotry for masks does not come from rigorous scientific analysis. Instead, it comes from baser forces. For the most part, it seems to come from a sincere desire to do what is right. For a subset, it comes from a desire to feel better about himself by doing something he believes is right or important. For an even smaller subset, it is about being perceived by others as a better person. The English word for the latter is “sanctimonious,” or in the vernacular, “Karen.” The common man’s belief that masks are effective is based in magical thinking. More specifically, it is cargo cult thinking.

Next post: Why I Wear My Mask | Welcome to the Masquerade