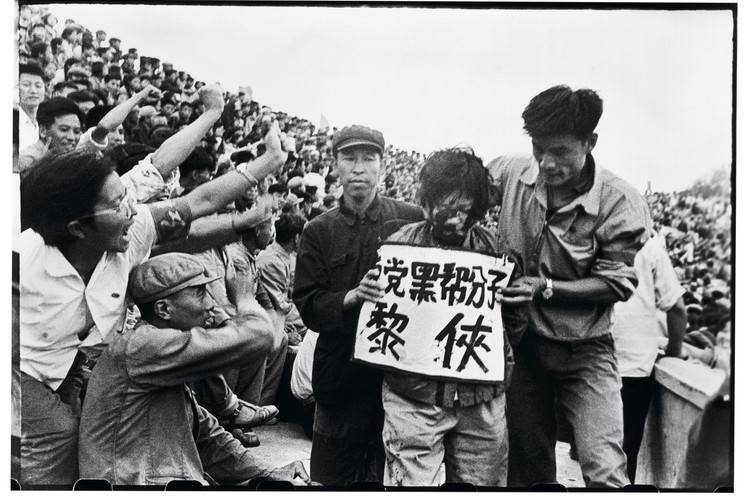 In China, some years ago, I was invited to go to a trial, a man who was accused of stealing some items. After the evidence came in — you had evidence from the prosecution, the defendant testified — and then the judge ordered the doors opened. Hundreds of people poured in from the streets. The judge said, “Now we’ll hear from the masses.” The masses started yelling, “Convict! Convict! Convict!” Of course, the judge convicted, because the masses were the ones in a communist country who had control over the justice system. I never want to see that happen in the United States of America. A Few Thoughts on Law and Justice 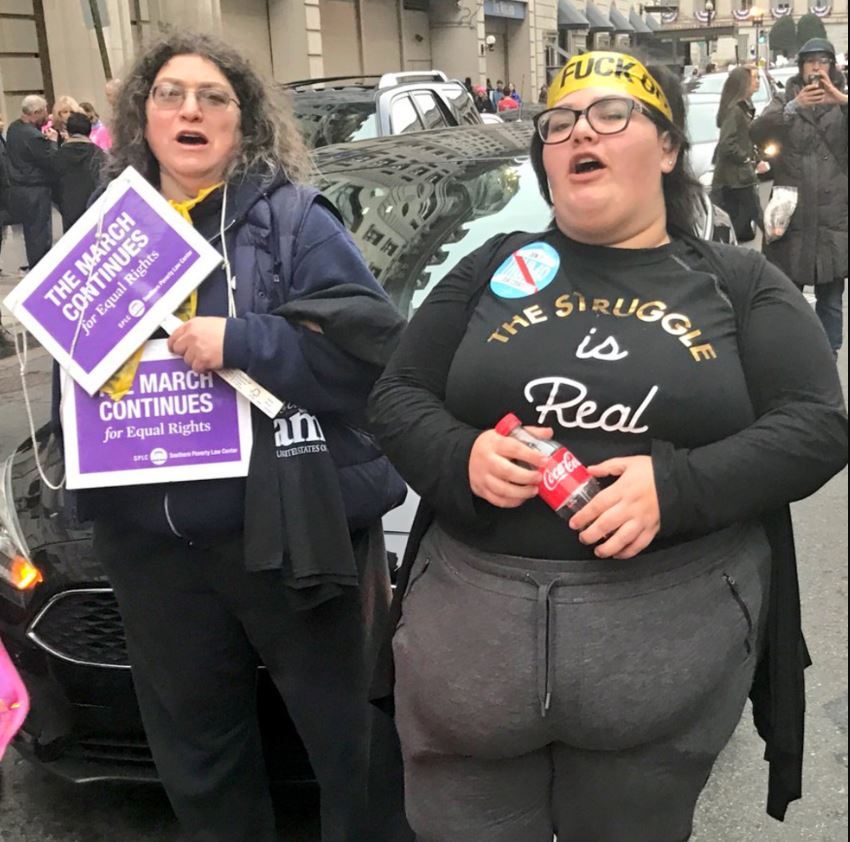 Sense of Events: Seattle police call it quits. What’s next? Vigilantism University of Tennessee law Prof. Glenn Reynolds wrote in June about the absence of police:

We’ll see a lot of vigilante justice. And what are people gonna do about it? Call the cops? Remember, in the end the police aren’t there to protect the public from criminals, they’re there to protect criminals from the public. Communities dealt with crime long before police were invented, usually in rather harsh and low-due-process ways. The bargain was, let the police handle it instead. No police, no bargain.

Each antifa girl coming into the frame gets fatter and fatter. It’s like a play. https://t.co/tDsKzedrAk

His initials were the first clue…Berlin bans rally by vegan chef and conspiracy theorist Attila Hildmann The vegan chef claims Adolf Hitler was a “blessing” compared to Angela Merkel, accusing her of preparing a global genocide. I cannot eat barbecue without first saying grace. It’s not like this with any other style of cuisine. For example, I recently tried eating sushi. Not only did I forget to say grace, apparently I also forgot to make sure my food was dead. But with barbecue it’s impossible to look upon tender, carbon-encrusted glistening pork and not remove your hat to say a few words of heavenly thanks. You cannot find barbecue like the kind I’m eating at mere restaurants, eateries, or cafés. You only find it in backyards, pit trailers, or at places my people call “joints.” These are usually establishments with gingham table cloths, rough-milled walls, napkin dispensers, and Merle Haggard on the radio. A Barbecue Joint – Sean of the South

The Media’s Political Suicide A media that exists to tweet articles about Trump’s terribleness and a story about an oppressed person whose plight proves the need to have open borders, no police, and free everything is unreadable. Not just to conservatives, but to everyone who isn’t looking for a righteousness or rage fix in the morning.

Everything is fine in Chicago pic.twitter.com/hQ7OmvV1b0

John Brown (and then half a million other Americans)Died for This?

How Fox Sports will use virtual fans created in Unreal Engine to fill empty stadiums in MLB broadcasts –   Baseball is back. But the MLB will look a little different in the COVID-19 world, with empty stadiums full of silent cardboard cutouts instead of thousands of screaming fans in an effort to avoid spreading the virus. That is unless you’re watching on Fox Sports. Starting this weekend, the network will not only be piping in fake fan audio, but it’ll also be filling the stands with digitally rendered fans for its MLB broadcasts, starting with this Saturday’s Yankees-Nationals game.

Whatever happens, we have got
The Maxim gun, and they have not. — Hilaire Belloc (1898)

14 People were just wounded in a mass shooting outside a funeral in Chicago’s South Side. Witnesses described it as a ‘War Zone’. And Mayor Lori Lightfoot just banished all federal law enforcement. It’s really anything to “own trump”pic.twitter.com/UwOrEjHs4L 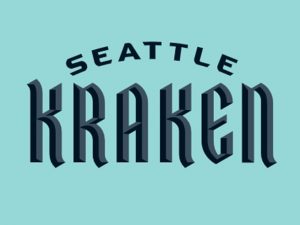 And the AssKraken wizekracks just write themselves…    Somebody get Liam Neeson … ’cause it’s time to release the Kraken!!! Seattle’s new NHL team just revealed it’s new name and look on Thursday … officially going with the legendary sea monster. FYI, a “kraken” is like a giant, angry octopus. Other options were thrown around — including the Sockeyes — but the org. says it listened to the fans and gave them what they wanted. 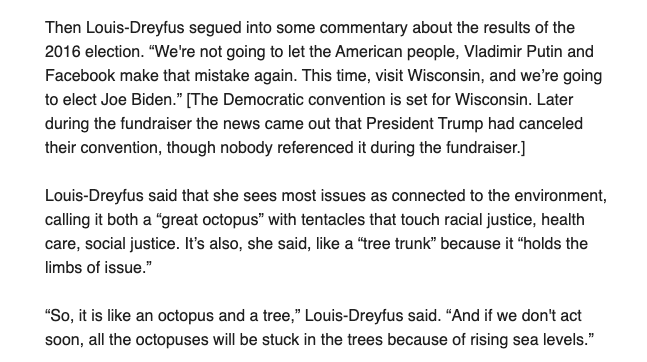 Above: The Green New Trees-Full-of Octopi Deal according to heiress-actress Julia Louis-Dreyfus. Below: Communist Green New Deals. Compare and Contrast.

Previous post: The MaskHoles in our midst [Bumped from Friday w/ Sunday Dilbert]