In Vietnam, I discovered that only the photographers looked directly on the face of battle. This is because they were getting paid for the pics — in cash, but sometimes in prizes. The people who wrote the (frequently misleading) captions were safe in a bar, back in Saigon, or more likely, in the editorial suites of New York. It interested me that the photographers were often rightwing crazies. Whereas, the scribblers were, generally, leftists to a man, or in those days, the very occasional woman. I liked to get my information from photographers, whenever possible, but the scribblers did not. In possession of a fully-formed “narrative” from New York, they had already written their stories…. Am I exaggerating? Less than usual. My caricature points to a flaw in the meejah — cowardice, ignorance, arrogance, and malice, stirred into a rather potent brew. Then we had “editors,” to do the distillation.

Red Bull Just Purged High-Level Execs Who Pushed for ‘Diversity and Inclusion’ – Revolver Have you ever heard of the phrase, “get woke, go broke?” It turns out there is a simple way to prevent this, and it involves firing people indiscriminately, until the rest of the employees realize that the only way they are going to be able to keep their jobs is by being professional, and keeping their kook politics out of the workplace. Pour encourager les autres.

The New Right must have its own version of PT boat outfits, small organizations with two or three investigative and opposition researchers who systematically take out targets on the Left: political figures, heads of left-wing organizations, propagandists in the media, heads of public sector unions, and corrupt local government officials. Heck, they could even go after âwokeâ corporate folks. Trust me, I bet you could find all sorts of stuff on the heads of TV channels, media outfits, and the CEOs of corporations –really awkward stuff that might make them shut the hell up.  And since the Left seems to like pushing around fake dossiers, how about we create our own real dossiers, full of facts, very awkward facts? That would be lit.

If Roger Mason really had found a fossil of a large, complex organism in rocks some 40 million years older than the beginning of the Cambrian Period, it would be one of the most significant geological discoveries of the 20th century. Ford gazed at the fern-like outline and mulled over this unlikely possibility. Mason’s rough graphite-and-paper rendering did raise intriguing questions. Could it really represent an ancient being from the deep Precambrian? If so, what kind of organism was it, and how did it relate to the bustling biota of the later Cambrian? And why had nobody spotted it before? But someone had spotted it before.

U.S. Border Control Seizes 13 Tons Of Hair Weaves Suspected To Be From Chinese Internment Camps Today, 13 tons of hair products, estimated to be worth $800,000, were in a requisitioned shipment from Lop County Meixin Hair Product Co. Ltd., reports The Associated Press. The hair was allegedly taken forcibly at the internment camp populated by Uyghur women, who typically have long hair as part of their culture. Two companies sold hair that was suspected to be both taken from inmates and created by forced labor.

The scariest piece of news is that Zoom is worth more than the seven biggest airlines. These airlines with their accumulated labour (millions of working hours, hundreds of thousands of employees, highly trained pilots, masses of sophisticated equipment) just can’t be worth as much as a job done in a month by a few programmers and which can be done anew in a month. Money and stock market prices are useful tools if they measure human efforts; they do not that anymore. What began with bankers earning more money in a day than a hundred qualified workers and engineers in their lifetime, ended with the hi-tech lords earning more than a million workers in their lifetime. It means that Money had banked on the Digital Economy, a Union made in Hell, while the real economy came up for grabs. Money decided that we won’t fly anymore. They, the new masters, will fly in their private jets; the era of mass access is over. You will get satisfied with Zoom and PornHub, instead of the real thing. 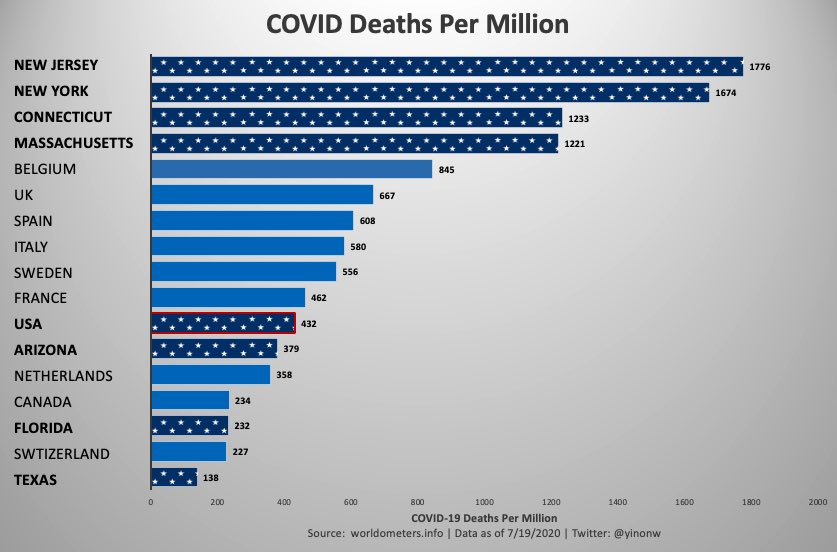 We’re not saying that Covid doesn’t kill people, and we’re not suggesting that Covid is a bioweapon released on the public for nefarious purposes. (although that’s certainly a possibility.) What we’re saying is that scheming elites and their allies in the media and politics see every crisis as an opportunity to advance their own authoritarian agenda.

Are we all still arguing over gun control or nah?https://t.co/JTK5JSZ9aa

“Coronavirus restrictions, like the rest of political correctness’s commandments, are pure political weaponry—nothing short of an inversion of the American people’s priorities, accomplished by nobody’s vote…In short, we are living through a coup d’état.” – Angelo Codevilla

We were wondering the same thing! Prior to the viral video, he was arrested and his mugshot is below!

In reading the history of nations, we find that, like individuals, they have their whims and their peculiarities; their seasons of excitement and recklessness, when they care not what they do. We find that whole communities suddenly fix their minds upon one object, and go mad in its pursuit; that millions of people become simultaneously impressed with one delusion, and run after it, till their attention is caught by some new folly more captivating than the first. We see one nation suddenly seized, from its highest to its lowest members, with a fierce desire of military glory; another as suddenly becoming crazed upon a religious scruple; and neither of them recovering its senses until it has shed rivers of blood and sowed a harvest of groans and tears, to be reaped by its posterity. Men, it has been well said, think in herds; it will be seen that they go mad in herds, while they only recover their senses slowly, and one by one.

These are criminals not protesters. https://t.co/9ySk4qCrm9

There is a priest clapping in the background of this https://t.co/EDL2DSat6Q

Uighurs sitting, bound and blindfolded, waiting to be loaded onto train cars and taken — somewhere. 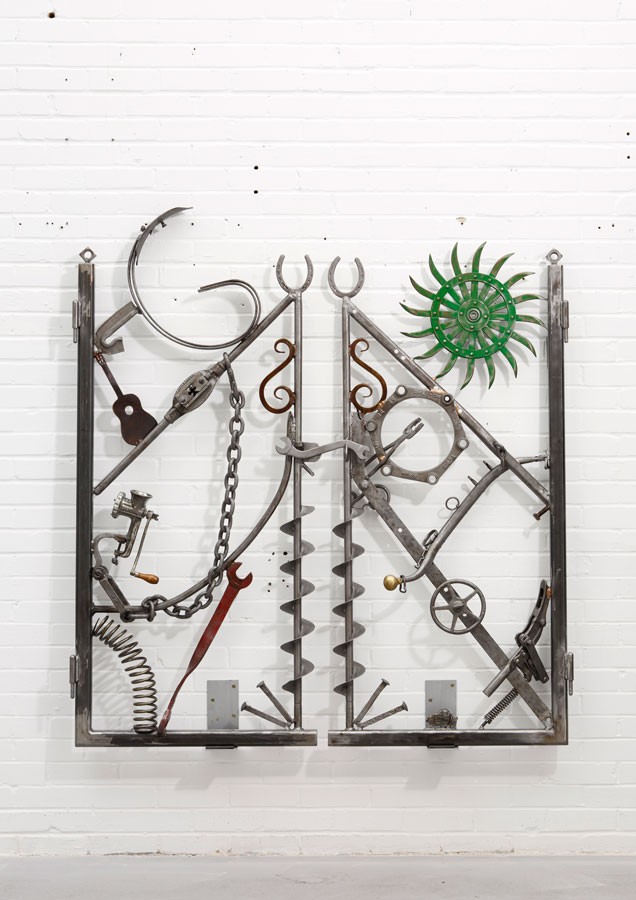 When he’s not writing and performing music, Dylan makes metal sculptures. He showed them for the first at at the Halcyon Gallery in London in 2013. He spoke then about his fascination with gates. “Gates appeal to me because of the negative space they allow. They can be closed, but at the same time they allow the seasons and breezes to enter and flow. They can shut you out or shut you in. And in some ways, there is no difference.”

It’s a very strange — I think unprecedented — thing that the best-selling, most talked-about, most positively-reviewed popular music recording in America right now is made by a man whose next birthday will be his eightieth. 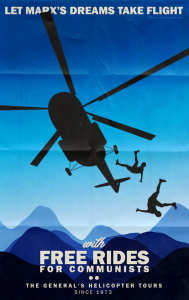 The Floyd/Chauvin transcript and what it reveals – The New Neo Floyd himself seemed to have some consciousness of imminent death even before they restrained him. I think his mention of the fact that his father “died this way” is not a reference to police brutality or even any encounter with the police it all, it’s a consciousness of the fact that his father died of a cardiovascular event and that Floyd may have been sensing that the same was happening to him. (That sort of feeling is not at all unusual in people actually undergoing heart attacks.) And although the hold Chauvin had him in certainly didn’t help that perception, did it really have much of an effect in the physical sense of killing him? Again, I’ll leave that to medical people to decide, but I think it’s fairly clear from the transcript that there was no intent to harm Floyd and that Chauvin thought the problem was drugs and not an actual cardiovascular event.

Andrew Sullivan: “Mao’s model is instructive in another way. It shows you what happens when a mob is actually quietly supported by elites, who use it to advance their own goals. The Red Guards did what they did — to their friends, and parents, and teachers — in the spirit of the Communist regime itself. They murdered and tortured, and subjected opponents to public humiliations — accompanied by the gleeful ransacking of religious and cultural sites. In their attack on the Temple of Confucius, almost 7,000 priceless artifacts were destroyed. By the end of the revolution, almost two-thirds of Beijing’s historical sites had been destroyed in a frenzy of destruction against ‘the four olds: old customs, old habits, old culture, and old ideas.’”

We have gotten to the point where Communists and Anarchists are the shock troops of the Democratic Party, a role analogous to that once played by the Ku Klux Klan.

Since everyone in the media who isn’t openly genuflecting before black people and performing oral sex upon them while washing their feet will be fired and shunned before the month of July is over, it’s not a great big news story that an opinion editor for The New York Times resigned last week because journalism has ceased to exist under the thrall of the new racial religious orthodoxy