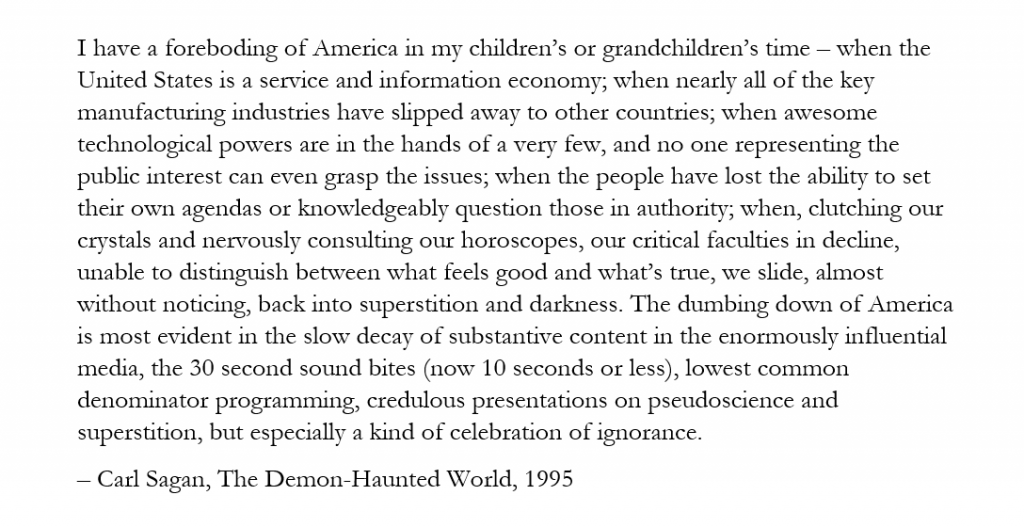 Don Surber: Leaderless Democrats morph into a mob The party placed Nancy Pelosi two heartbeats from the presidency simply to annoy President Trump. Four rookie congresswomen drive the party agenda whose platform now is to the left of the BLM and Antifa goons. Biden is propped up by old guard black leaders who fear losing their supporters to the Squaws Squad and President Trump. Black leaders do not want to admit that Obama did nothing for black Americans except raise their hopes only to dash them. Imagine if that $170 billion he gave Iran were used to build factories in black communities instead.

Visualizing America’s Wealth Inequality (From The Sky Above Baltimore)Decades of deindustrialization and 50-years of democrat controlled leadership has certainly contributed to Baltimore’s demise. Think of Baltimore as a Hunger Game Society with the Capital being the waterfront and the Districts the so-called ghettos. The Capital is ever-so expanding, but the Districts or the ghettos are shrinking. There are nearly 46,800 vacant row homes in the ghettos, where the homicide rate is 2x of Chicago’s.

Can someone remind me of the time another country wouldn’t deal with America because Orange Man Bad? I feel as if they might still take our calls. https://t.co/z6JGzj6OVZ

One driver of the credit card debt decline is the collapse in spending. This makes sense, given those empty streets and closed shops. Still, people worried about money tend to hoard cash, rather than pay down debt. You can always tell the credit card company to go screw, but you can’t do that with the landlord, the mortgage company or the grocery store. Contrary to conventional economic wisdom, Americans are choosing to pay down their debts right now.

The weirdness in the economy is just one item. No new movies or television have come out since the panic and no one seems to care very much. Sports entertainment has been shuttered and no one seems to care. All of the spring and summer youth sports have been cancelled. This time of year, kids into baseball, lacrosse, soccer and big-time football would normally be in summer leagues. Their parents would be toting them around the country. None of that is happening. 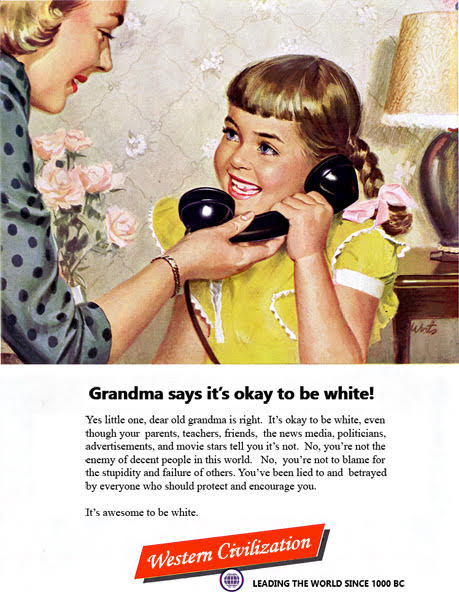 What If It’s All A Lie? Would you be shocked to learn that a big hunk of the citizenry is absolutely convinced that Donald Trump will not only be re-elected but re-elected in a landslide? It’s true, and it’s not an ironic or performative belief, but rather one drawn from a perspective that the mainstream media utterly ignores. This means you probably have no idea it even exists, and that could lead to an unpleasant surprise in November.

Indeed, apart from opportunistic thugs and felons, the bulk of the “troops” who would comprise one side of some civil war are pretty much denizens of the young comfortable classes. Their disruptive and violent behavior is happening because governors, mayors, and police chiefs have over the last decade sent the message that they will not respond with mind-concentrating force in order to restore order and hold rioters accountable. On the contrary, they encourage and validate the kids’ behavior with their words and their deeds like kneeling in solidarity with overgrown petulant teenagers. It’s hard to imagine one of these snowflakes in a maelstrom of violence like Shiloh or Antietam.

With 154 million registered voters in the U.S., then, it’s very difficult to know what issues will motivate them come election day. We learned this in 2016, when the political class and its hired pollsters failed to take seriously Donald Trump’s chances of winning. It was a repeat of the mythic quote from film critic Pauline Kael, “I don’t know how Nixon won, nobody I know voted for him.” But the actual quote is just as revealing of the elite’s political parochialism: “I live in a rather special world. I only know one person who voted for Nixon. Where they are, I don’t know. They’re outside my ken. But sometimes in a theater I can feel them.” Not as punchy as “smelly Walmart shoppers,” “bitter clingers,” and “basket of deplorables,” but the sentiment is the same. 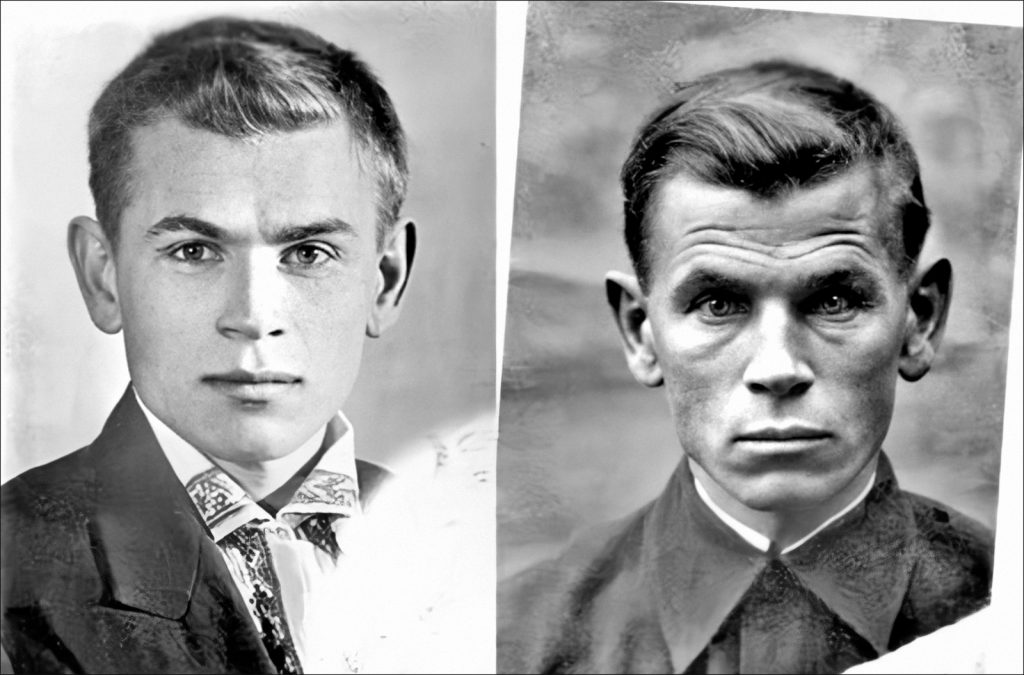 The Thousand Yard Stare Evgeny Stepanovich Kobytev: A soldier’s face after four years of war, 1941-1945 – Rare Historical Photos These two pictures are shown side by side in the Andrei Pozdeev museum. The museum caption reads: “(Left) The artist Eugen Stepanovich Kobytev the day he went to the front in 1941. (Right) In 1945 when he returned”. This the human face after four years of war. The first picture looks at you, the second one looks through you.

If you are running a billion-dollar sport and you can only draw a million fans when no other sports are permitted to operate, you have serious problems. That’s the world of facts and reason. In the world of wokeness, a slight bump after a series of embarrassing public relations blunders is a triumph of the will. It is all the proof the great and good need to convince them that turning NASCAR into an endless lecture on the horrors of white people was a great idea. 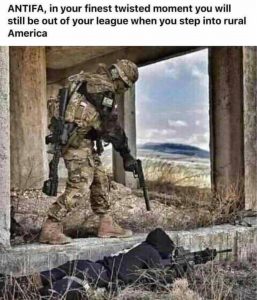 The almost inexpressibly contemptible Democratic de Blasio regime in New York City has reduced the police budget by $1 billion as violent crime has more than doubled. The president’s reopening of the economy brought back nearly 5 million workers out of unemployment in June and this process should continue. The fatality rates of the pandemic have declined by nearly 90 percent from their high, with spread of the virus now concentrated amongst those who can best resist it. The subject of pathetic Democratic hand-wringing, the surge in new cases is effectively irrelevant other than that it increases national immunity to it.

Maverick Philosopher: POTUS at Rushmore: A Great Speech If you complain that Trump cannot unite us, that is certainly true; no one can. Unity is possible only under the umbrella of shared principles, and Left and Right do not share principles. To invert the metaphor, the citizens of the USA no longer occupy common ground. Will the Left give up its illusions and lies and come to our side? No chance of that, as little as any chance that we will give up our cherished principles for lies and illusions.

Stop the panic-inducing headlines unsupported by the stories. pic.twitter.com/d9OpcIr49n 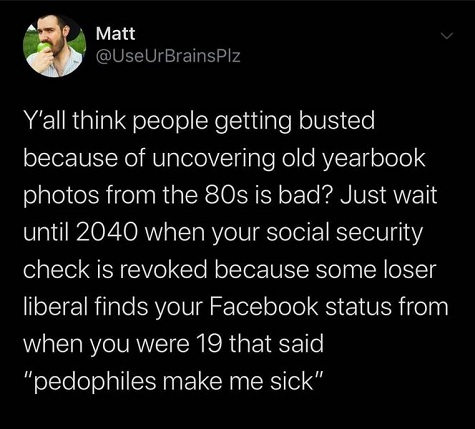 To Learn How Racism Lives In Design, Just Cross the Street | LEVEL “Remember, honey,” she said to her daughter as we waited for the light to turn green, “we need to wait for the little White man to appear before we can cross the street.” I realize that White people like to exert control over nearly everything everyone does, I thought, but since when did this literally include trying to cross the street? Part of my surprise here was a function of age. My boys are a few months younger than her daughter and we hadn’t yet tackled the “crossing the street” component of basic toddler training. But as a Black dad, I was struck by the language at play. How is it possible that well into the 21st century, parents all over Manhattan — well-meaning, #BLM-marching parents — are teaching their children to ask “little White men” for permission to cross the street? And why doesn’t this seem to bother them?

Thread by @realchrisrufo: The City of Seattle held a training session for white employees called “Interrupting Internalized Racial Superiority and Whiteness.” So I did a public records request to find out exactly what this means. Let’s go through it together in this thread. 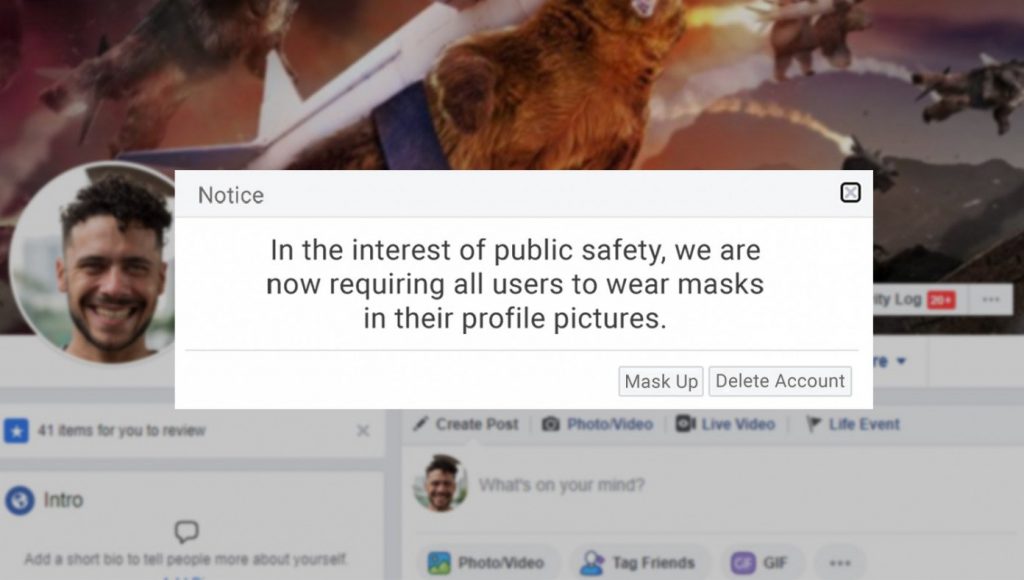 Althouse: “The City of Seattle held a racially segregated employee training session aimed at White staffers and instructing them on ‘undoing your own whiteness’…” “Internalized Racial Inferiority.” I can’t tell from the article what was said about these attributes, so I hate even to show you the list: “colorism, isolation, protectionism, addiction, self-doubt, self-hate, rage, shame, denial, assimilation, ethnocentrisms, distancing, exaggerated visibility, hopelessness, apathy, erasure, invisibility, ‘anti-blackness.'” Is that supposed to be how black people feel or think or what white people think black people feel or think? I don’t know what was taught in these sessions, but the list, laid out like that, is very offensive, and I’m not seeing how these concepts can be used in a teaching session that is not instantiating the very system of white supremacy it purports to dismantle.

Birdwatcher not cooperating with probe into Central Park ‘Karen’ So if the DA feels the need to pursue charges, he should pursue charges. But he can do that without me,â he said, adding that greater principles are at stake.

Incompetent Lunatic Judge Emmit Sullivan Waits Two Weeks To Ask For a Reconsideration of His Bullshit Position I think this cocksucker lunatic was hoping the court would act on its own to schedule an en banc rehearing, not wanting to further piss them off. Today he realized they weren’t going to — so he sent along his dilatory motion for a rehearing, less than two hours before he is directed, by law, to dismiss the case.

Viewers sent in photos of what appeared to be a bronze statue placed in front of the old city hall. Turns out it was actually a painted mannequin. 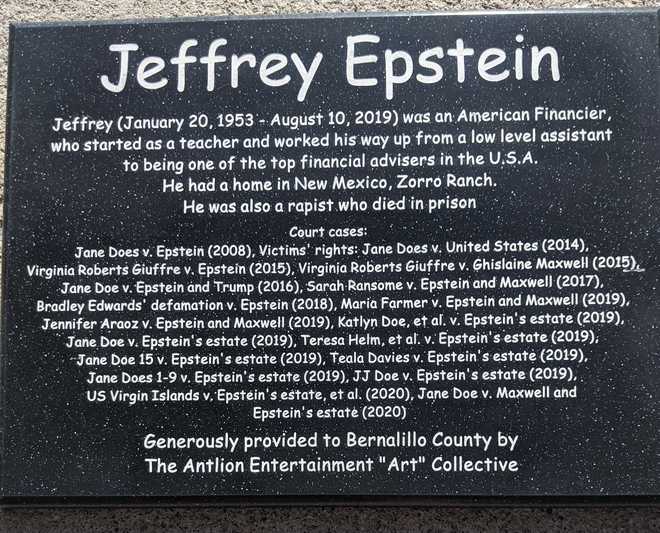