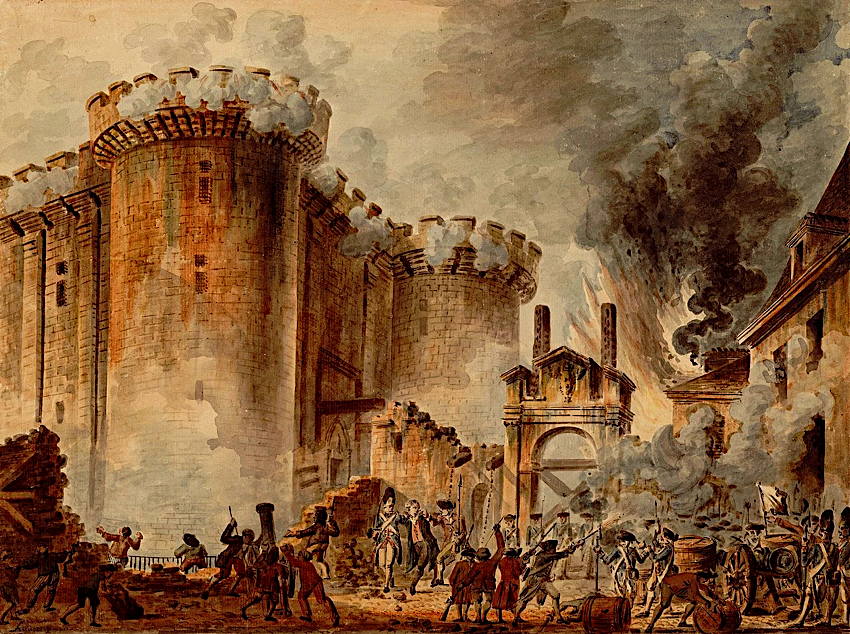 That same day, another crowd stormed the Bastille, a fortress-prison in Paris that had historically held people jailed on the basis of lettres de cachet (literally “signet letters”), arbitrary royal indictments that could not be appealed and did not indicate the reason for the imprisonment, and was believed to hold a cache of ammunition and gunpowder. As it happened, at the time of the attack, the Bastille held only seven inmates, none of great political significance.

File Under: “It seemed like a good idea at the time.”

“Violence doesn’t lead to anything” pic.twitter.com/aKdg84H5Rn