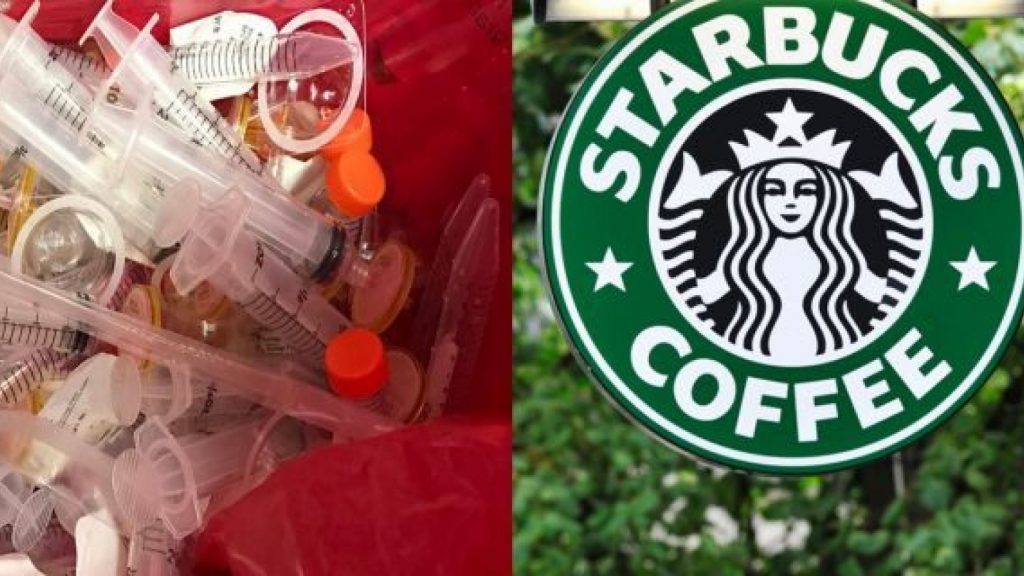 With all the sh*t being dropped in Seattle it was only a question of time before the vile and anti-American Starbucks chain figures out a new way of repulsing normal customers from its stores stocked to the rafters with bums, drunks, and junkies. If you are not sick to death of this company’s diseased policies you will be now:

The Oregon Occupational Safety and Health Administration (OSHA) investigated Starbucks’ safety policies and practices in 2018 after two employees at a store in Eugene, Oregon, were stuck with hypodermic needles within a month of each other, according to documents obtained by Business Insider through a Freedom of Information Act request.

Starbucks was fined $3,100 as a result of the investigation.

Thousands of workers have called for Starbucks to install sharps boxes in its bathrooms as employees report finding blood and needles and being pricked by improperly discarded sharps, risking exposure to HIV and hepatitis…

A number of employees who spoke with Business Insider said that they felt safety issues grew more serious after Starbucks announced an open-bathroom policy in May 2018. 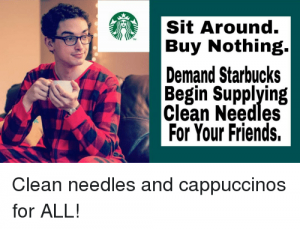 “I think the bathroom policy has definitely changed the store’s environment,” one manager who works at a Starbucks location in Southern California told Business Insider. “It’s great that Starbucks wants to try and include everyone, but that means that they include absolutely everyone.”

Another employee in Minnesota report encountering “drugs, alcohol bottles, blood on floors and walls, condoms and condom wrappers, and needles (capped and uncapped) on floors and in the trash” (and provided pictures).

Previous post: True but Forbidden 19: The Tree of Life vs Death by Selfie