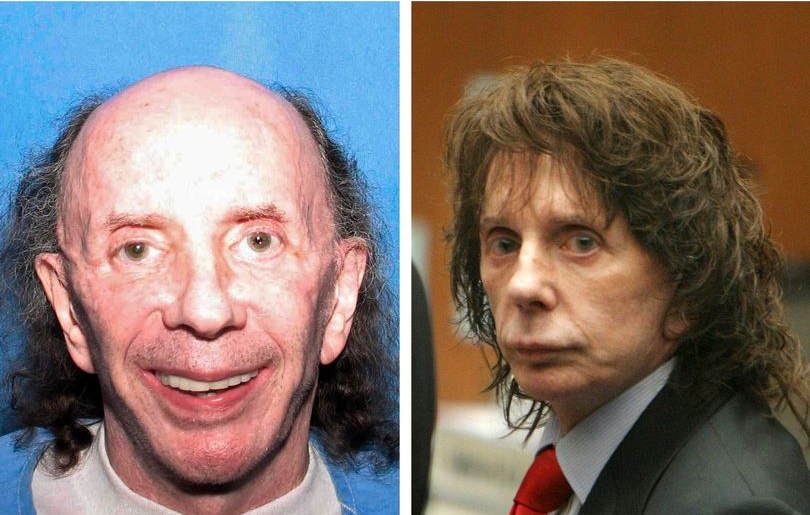 Phil Spector dies after getting COVID-19: Record producer and convicted murderer was 81

De Souza was sitting in the black Mercedes-Benz in the estate’s driveway when he heard a popping sound about 5 a.m.

According to the driver’s trial testimony, Spector emerged from the house holding a handgun. “I think I killed somebody,” he said.

When L.A. County sheriff’s deputies arrived, Spector had to be subdued with a Taser. “Nobody’s taking my gun,” he reportedly said.

Masterpiece at the beginning of the career.

Masterpiece midway through his career.

Clarkson’s body was sprawled in a chair. Her broken teeth lay scattered around the foyer and a nearby stairway, and blood was smeared on the wood railing of the stairway and the back door handle. Detectives also discovered blood on a man’s coat in an upstairs dressing room and found a blood-soaked cloth in a bathroom near the foyer, court papers said.

Spector told Esquire in July 2003 that Clarkson’s death was an “accidental suicide” and that she “kissed the gun”.

The retrial of Spector for murder in the second degree began on October 20, 2008,  with Judge Fidler again presiding; the retrial was not televised. Spector was once again represented by attorney Jennifer Lee Barringer. The case went to the jury on March 26, 2009, and 18 days later, on April 13, the jury returned a guilty verdict.  Additionally, Spector was found guilty of using a firearm in the commission of a crime, which added four years to the sentence.  He was immediately taken into custody and, on May 29, 2009, was sentenced to 19 years to life in the California state prison system.At the time of his death, he was an inmate at the California Health Care Facility in Stockton, California. He would have been eligible for parole in 2024

Masterpiece in the twilight of his career.

Among his many  crimes for which he was never tried, one stands apart:

Next post: The Maxims and Morals of Happy Acres

Previous post: As the “Just for 2 Weeks” Year Wanes the Days Are Mist and the Nights Are Slate.