Something Wonderful: With Flights Banned, Son Sails Solo Across Atlantic to Reach Father, 90 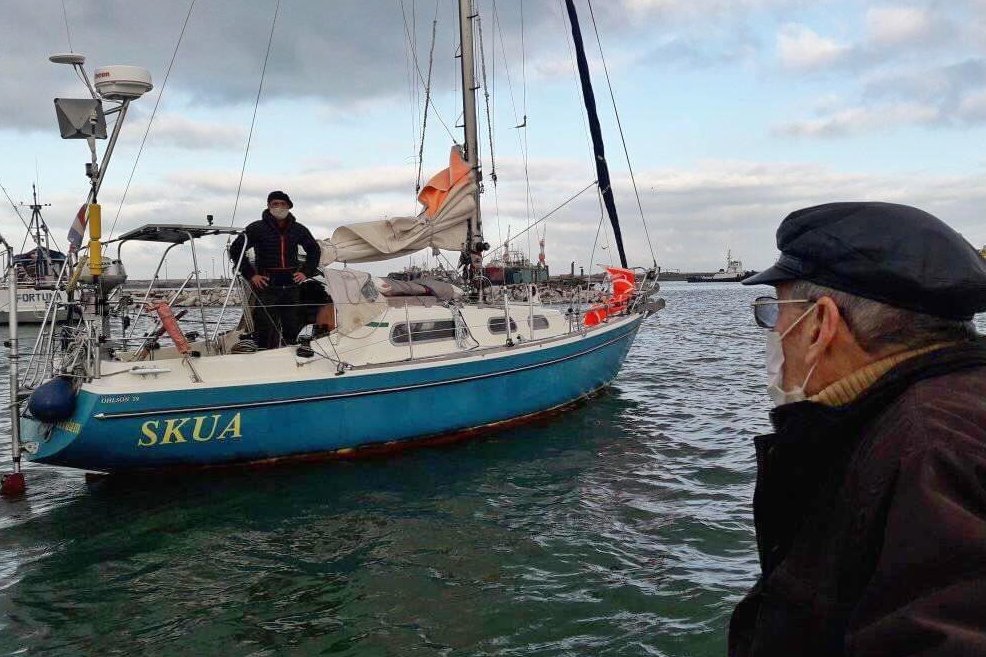 Mr. Ballestero named his boat after a seabird, the skua, one of which paid him a visit on the journey.

BUENOS AIRES — Days after Argentina canceled all international passenger flights to shield the country from the new coronavirus, Juan Manuel Ballestero began his journey home the only way possible: He stepped aboard his small sailboat for what turned out to be an 85-day odyssey across the Atlantic.

The 47-year-old sailor could have stayed put on the tiny Portuguese island of Porto Santo, to ride out the era of lockdowns and social distancing in a scenic place largely spared by the virus. But the idea of spending what he thought could be “the end of the world” away from his family, especially his father who was soon to turn 90, was unbearable.

So he said he loaded his 29-foot sailboat with canned tuna, fruit and rice and set sail in mid-March.

“I didn’t want to stay like a coward on an island where there were no cases,” Mr. Ballestero said. “I wanted to do everything possible to return home. The most important thing for me was to be with my family.”

Next post: Strange Daze : “Death to this massive maelstrom of lies” Edition