Something Wonderful: Rich Strike Strikes It Rich with 57 Seconds of Horse Racing History 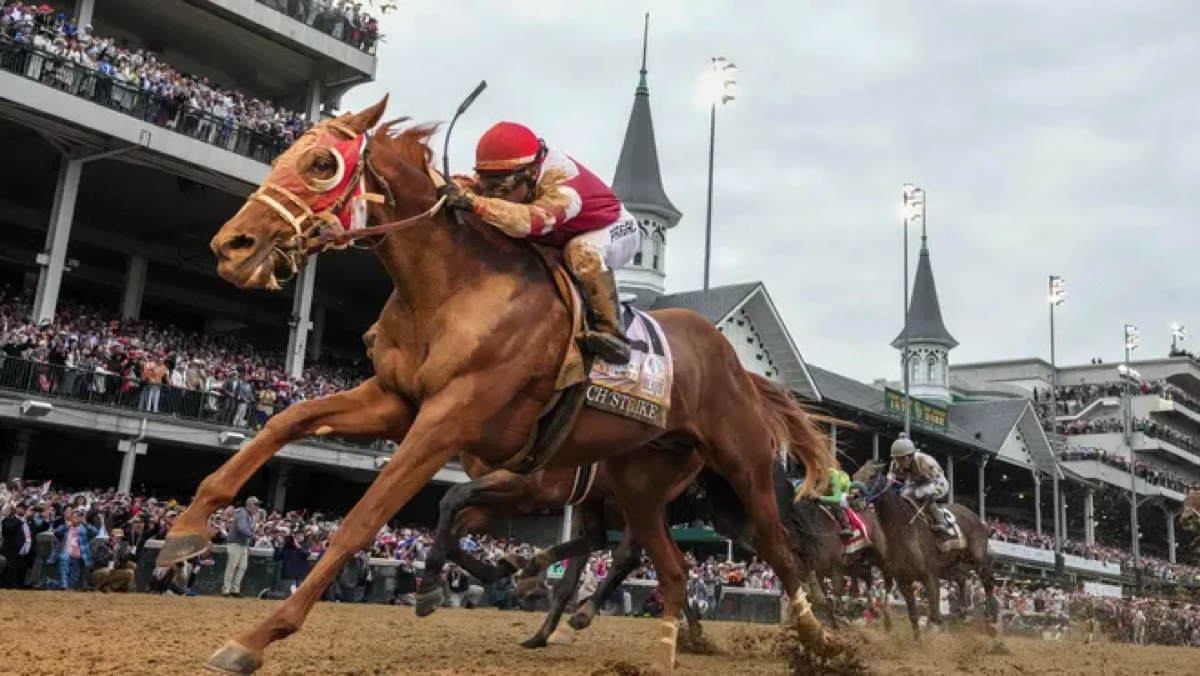 This great moment is in from A mindboggling Kentucky Derby upset – The New Neo who says: “I’m sorry I didn’t see long long longshot Rich Strike win the Kentucky Derby live, but fortunately we’ve got all kinds of videos.”

Me too. I suggest full screen to see how the jockey and Rich Strike thread their way for a win so sudden that the announcers almost didn’t see it.

Rich Strike, the longest shot on the board at 80-1, pulls off one of the biggest shockers in Derby history. He wasn’t even in the field before drawing in with a scratch on Friday.

In the race you can see jockey Leon moving Rich Strike quickly toward the rail from the outside gate, saving ground and biding his time in the 1 ¼-mile race. With the early leaders setting a record pace, Leon moved right between horses and around tiring traffic, then back along the rail into stalking position. “You know we had a difficult post but I know the horse,” Leon said. “I didn’t know if he could win but I had a good feeling with him. I had to wait until the stretch and that’s what I did. I waited and then the rail opened up. I wasn’t nervous, I was excited. Nobody knows my horse like I know my horse.

“I started to push just a little bit, you know, because (Rich Strike) is a little bit lazy. And at the rail, I was so close, like seven lengths behind the leader. I said, ‘I got a shot.’”

Joel Rosario, aboard Epicenter, thought he had the race won when Leon passed him on the inside in the stretch run. Epicenter’s Hall of Fame trainer, Steve Asmussen, could scarcely believe how he had lost the prize that continues to elude him. “I got beat by the horse that just got in,” he said.

After the jump, the full race called from the gate. Plus one stupefied owner and one ecstatic trainer.

This is what it’s about.👇 pic.twitter.com/v2PBfbP95i