Some Say That Snow 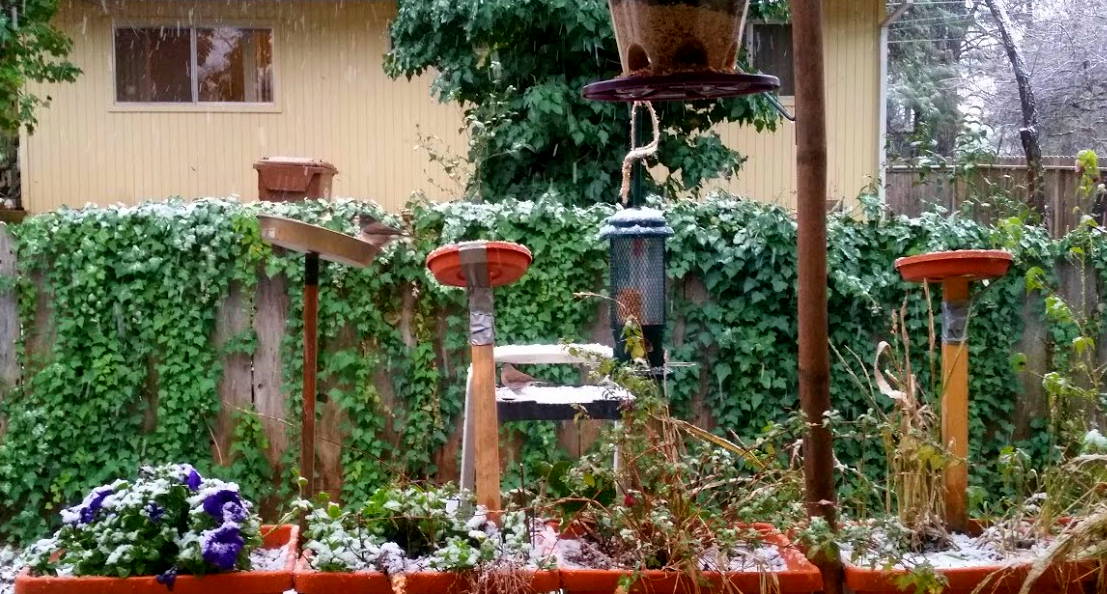 View from my window: Here on the ridge in Paradise today marked the first snow of the season.

Some say that snow is sleep. I say
That snow is but the rest
Of clouds upon earth’s surface laid
To soothe the forest’s breast,
To calm the souls that linger there
Beneath an age of leaf
That hides within its brindle flesh
Whole galaxies of seed.

Some say that snow is chill. I say
That snow is but a shawl
Draped over stones of silence,
That such silence shelter all;
And in such silence seal within
The brook beneath the glass,
That when the spring shall set it free
All dreams to sea shall pass.

Some say that snow is death. I say
That snow is but the prayer
Said when soul in winter’s glade
Calls the body from its lair,
To stand within the last of light,
Becoming less than air,
To leave behind what came before
In the shadows dawn prepares.

Previous post: The Age (Our Age) of the Feuilletons by Hermann Hesse [Emphasis Added]