Of course he is. Gavin Newsom is the new Democrat heartthrob After that, who knows? I hear Evan McMullin is tanned, rested, and ready. Jimmy Carter is still eligible for a second term. But why not Chuckles the Schumer? A little song, a little dance, a little seltzer in your rants. Old but snarly.

Of course they won’t.   One thing I know for absolute sure: the mental midgets and emotional spoiled brats — Nancy Pelosi, Cher, AOC, Rob Reiner, Nadler, Schiff, Acosta, Maddow — will not find a vaccine or produce a single working ventilator or deliver one roll of toilet paper to the grocery shelves or figure out if the anti-malarial drug cocktail will save lives.

Of course they are.  Economic Illiterates Are Running Amok You don’t pay rent, so your landlord doesn’t pay his loan and all those people who used to manage the property. All those guys he used to pay, his bank, the gardener, the power company. Now, they can’t pay anyone anymore. And pretty soon no one can pay anyone anymore.

Of course they do. Whenever I see a poll on Trump vs. Biden it amazes me that so many people support Biden. It shows how many people hate Trump with a white-hot passion, because otherwise the number of people supporting Biden would be limited to his immediate family, and maybe not even all of them. 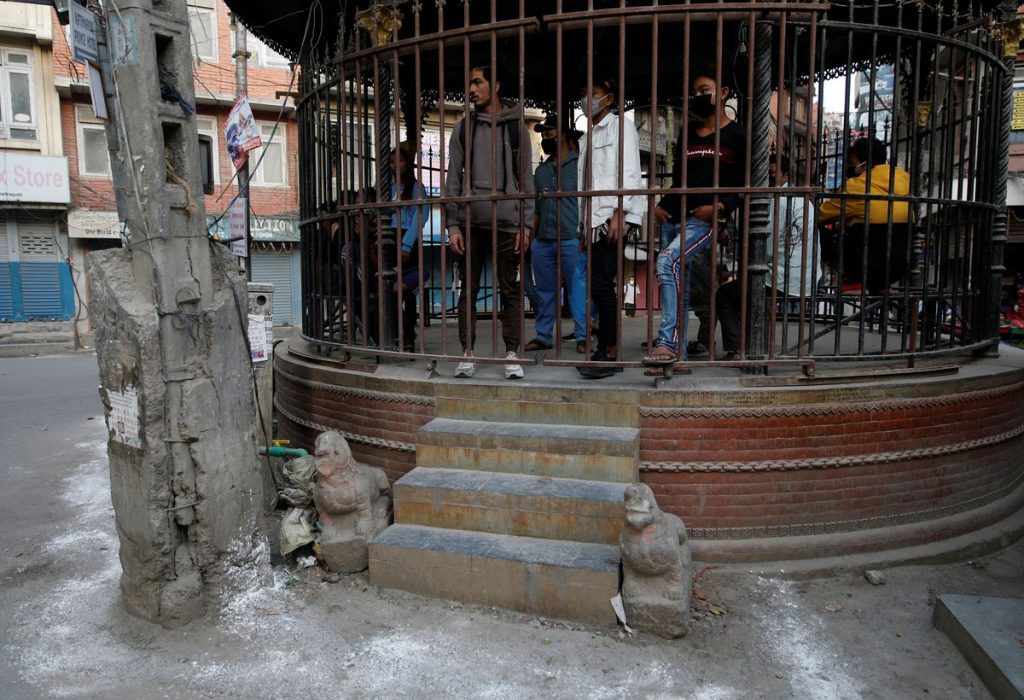 People defying the lockdown are put inside an enclosure along the street, as a punishment during the eighth day of the lockdown imposed by the government in Kathmandu, Nepal

Of course it does.   Attention, Citizens  Look, no state that goes all-vote-by-mail ever elects anything but democrats again. If you think that’s a coincidence, I have some swamp land in Florida.

Of course he would.  It came as no surprise that the current head of the WHO, virulently anti-American (and anti-Taiwan) Ethiopian Communist Dr. Tedros Adhanom, would side with the Communist Chinese, take his talking points from President Xi, and help him and the CCP cover-up their responsibility for the epidemic. The good doctor, by the way, has a track-record of covering up epidemics in his native country. People such as this clown get these flashy jobs because the USA traditionally does not pay a lot of attention to the UN’s specialized agencies–to our regret, as we see. We should either get very involved, given how much money we put in, or, better yet, get out of the whole UN nonsense entirely. 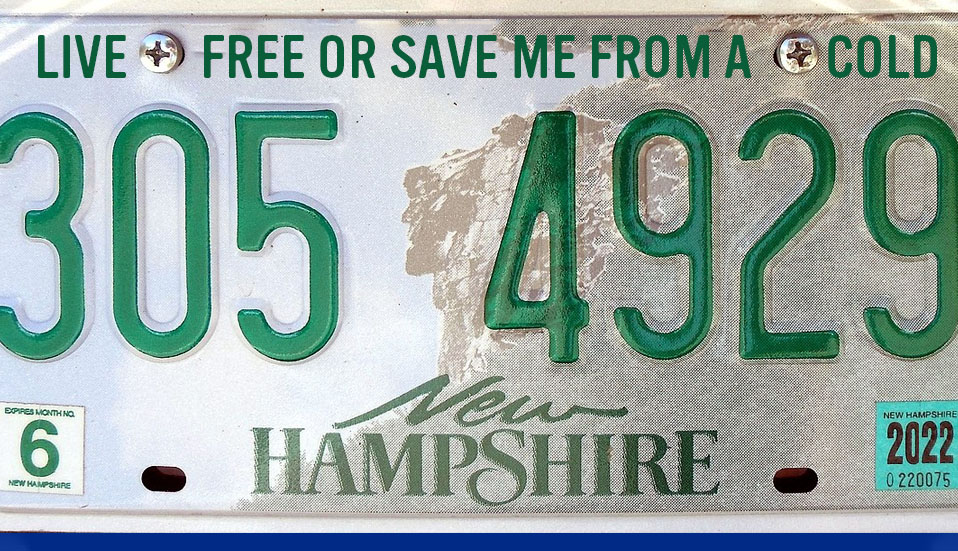 Of course it did. New Hampshire changes motto to ‘Live Free or Save Me From a Cold’

Of course not. On the implausibility of a war with China  Given even minimal spine in the U.S.’s civilian leadership, the U.S. Navy can strangle your economy in a matter of months by interdicting a handful of chokepoints well outside of the area where you can sustain naval operations at a wartime tempo. Those hypersonic missiles are all very well if you actually have them, but even if you could could reach out and touch the Malacca Straits with them they’re not going to do much against attack submarines. 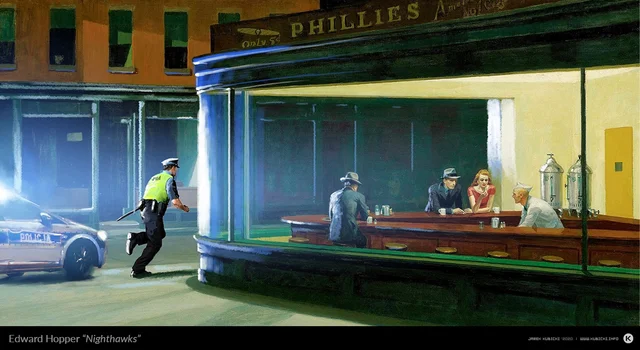 Of course they would. Priests in northeast Minneapolis perform drive-by blessings

Of course it was. Cannonball Record Broken During Coronavirus – 26 Hours 38 Minutes

Of course he did.

“The pusher wore nitrile gloves as he picked his wares out of a plastic bag at $5 or $10 a pop. Two of the addicts wore masks.”https://t.co/RK9mv637Fg

Of course they were.   The pandemic is peaking | One needs to ask why the models were so off. One way is for models to be explained more explicitly. What assumptions were used? Where did the data come from? What are the confidence intervals? If models are going to affect 325,000,000 Americans then it is incumbent upon the modelers to provide explicit details so that other scientists can verify or repudiate or revise the models. Lesson to be learned by all: All models are wrong, but some are useful.

Of course they did. Coming back to my bit of the world, I could not help but think about how easy everyone has gone along with the crackdown. Americans may say they don’t trust their politicians or the media, but in the end, they trusted them completely on this panic. You can be sure the politicians and media are both feeling bold right now, having seen tens of millions dutifully follow their commands. No matter what happens in the near term, the long-term cost of that will far outweigh the threat of the virus.

Of course he did.Senator Bernie Sanders, berated his staff, forced female staffers to sleep in the same rooms as men, exposed them to sexual harassment, spread hate, allied with terrorists, all to win two elections he lost. The only thing the socialist got out of his failed campaigns was membership in the 1 percent. That and memories of flying around the country and the world on private jets, and his three homes, and bulging bank accounts paid for by an army of gullible idiots who believed in his cause more than he did.

Of course they are. Africans in China being evicted from homes after lockdown ends

Of course they are. Thug Life in a Time of Plague is a lot like thug life in a time of no plague. Around 400 people at party where 6 were shot, wounded in East Bakersfield; Nearly 100 casings recovered, sheriff’s office says Around 400 people were at a party at an East Bakersfield apartment complex when dozens of shots rang out, wounding six people early Saturday morning, according to the Kern County Sheriff’s Office. 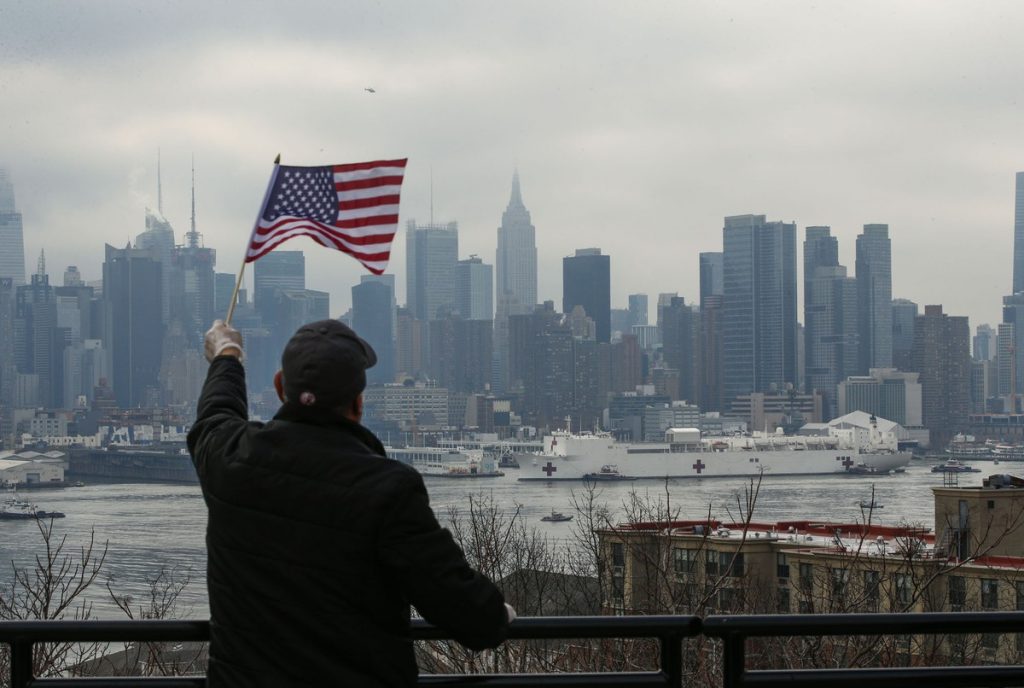 People watch the arrival of the USNS Comfort Ship  in New York as seen from Weehawken, New Jersey.