Short Takes: In the Ruins of Aleppo — Want to Settle Things with a Civil War? Think Thrice. 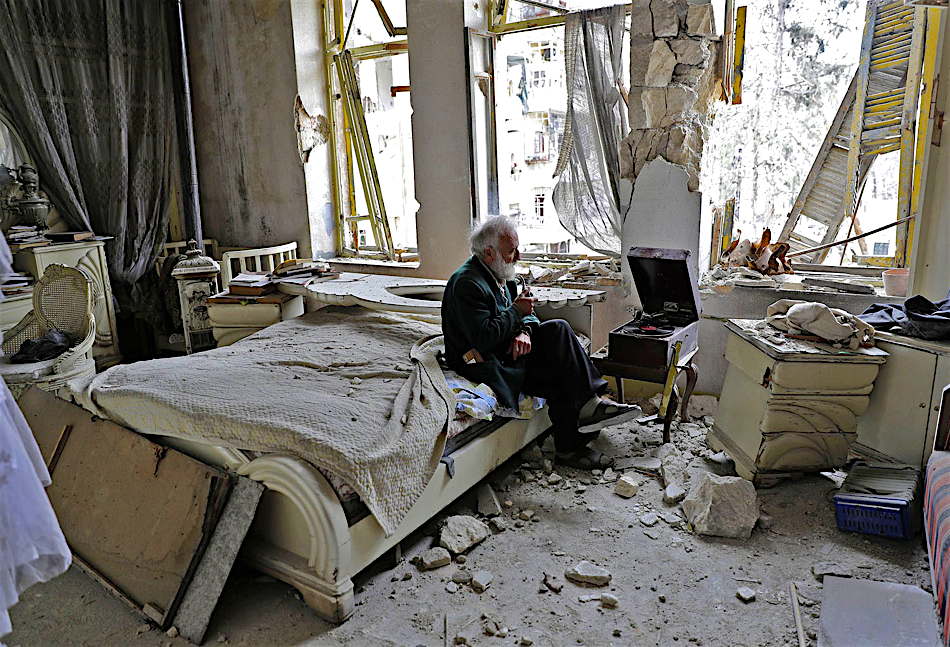 Mohammed Mohiedin Anis, also known as Abu Omar, 70, smokes his pipe as he sits in his destroyed bedroom, listening to music on his hand-cranked gramophone in Aleppo’s formerly rebel-held al-Shaar neighborhood in Syria. Anis had recently returned to Aleppo, with plans to rebuild not only his home, but also his large collection of vintage American cars, despite everything being reduced to rubble.

When we noticed his gramophone, we asked him if it still worked.

“Of course!” he said. It was the kind that you see in old movies, the type you need to crank, so it doesn’t require electricity. Which is a good thing, because there is hardly one hour of electricity in the eastern part of Aleppo at the moment, with generators here and there.

“I will play it for you,” he said. “But first, I have to light my pipe. Because I never listen to music without it.”

His pipe was broken too, with a piece of tape holding it together. He lit it, cranked up the gramophone and out came the voice of an Arab singer from the 1940s, the same one that my grandfather used to listen to in Lebanon. For a moment I was no longer a photographer shooting ruined Aleppo. I was a boy in my mountain village, my grandfather sitting on the sofa in the afternoon listening to the “belle epoque” songs of Arab music.

Anis puffed on his pipe. He seemed to be somewhere else as well. He seemed to forget that we were there. He looked out the window and he had a look on his face of a person watching a beautiful sunset. He sat there, puffing on his broken pipe and staring out the window as the music floated over the ruins of his house and the city outside. The music over the ruins of Aleppo

Elsewhere in the Syrian Civil War: 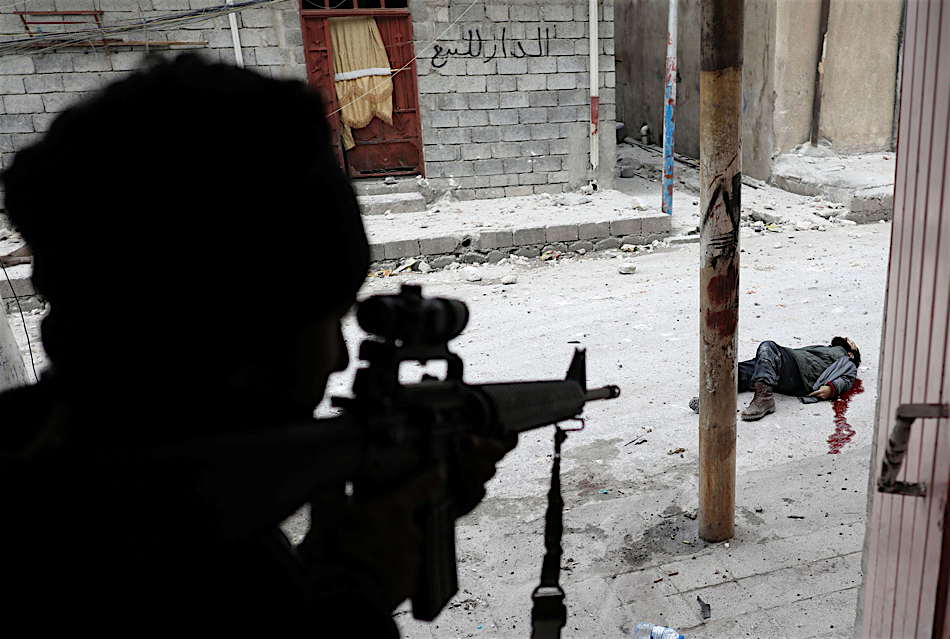 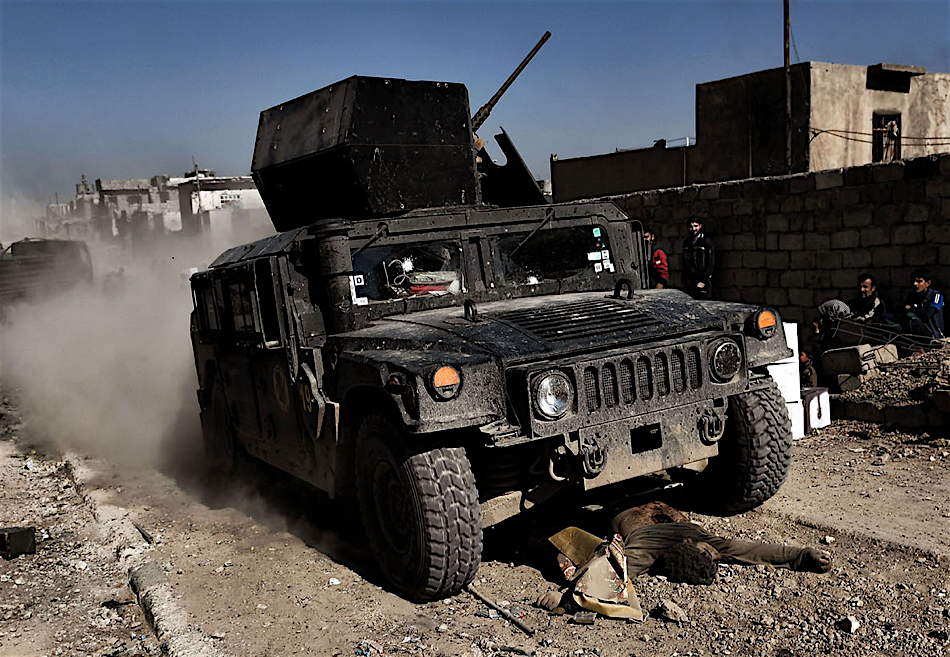 A Humvee passes over the body of an ISIS jihadist lying in a street in west Mosul on March 10, 2017 as Iraqi forces advance in the city in the ongoing battle to seize it from ISIS.

Next post: Trump Feuds and the Trump Curse: The Score So Far