Rifles In The Dark by Ivan Throne 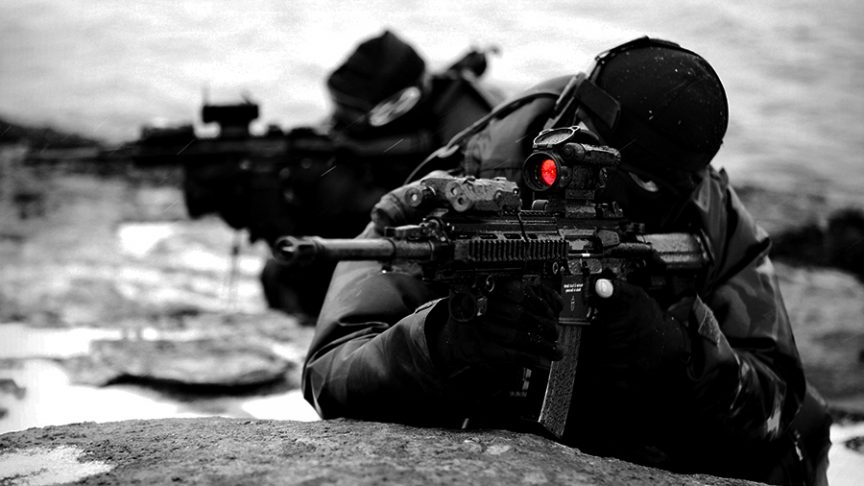 We moved the guns and ammunition well after midnight.

There were six or seven of us, garbed in layered clothing against the dropping temperatures of the high altitude environment. It was a clear night and our voices were subdued as we worked in the thin air.

There was an important task at hand. Hundreds of rifles, thousands and thousands of rounds of ammunition and gear for hundreds of men needed to be moved. Quickly, quietly and competently.

There could be no chance of interference from State power or observation from the eyes of the idly curious, the covetous or even the hostile predator. The material was too valuable, too important to risk.

“Power grows from the barrel of a gun,” said Mao Zedong. And he knew this well.

The most consequential form of power is the lethal force of the State. And in the reality of the dark world that lethal force is exercised at the whim of ideologists and politicians, applied with cruelty and rapacious brutality to inflict not justice but oppression, not truth but lies, and with determination to crush and murder the rights of human beings who dare to not merely proclaim, but exercise their freedom.

Every revolution begins with indignation.

Every purge ends with volleys of rifle fire into men standing before a wall.

It is in the space between those singularities, in the tumble and turn of social detonation and collapse, that the fate of a nation and its people are determined by men who hold levers of power.

History is written by men willing to use those levers.

That the oppressed and beaten peoples of any time or place do not savagely rise and teach bloody and permanent lesson to their overlords, does not mean that those overlords are secure.

“Sitting on bayonets is uncomfortable,” said Joseph Goebbels. He spoke truth in that observation.

The discomfort of the tyrant arises from the sure and certain knowledge that men never have their dignity entirely erased, and when such men have nothing to lose they may turn upon their tyrant and tear him to pieces with the desperate ferocity of the hopeless.

There is a great and singular factor that separates successful revolutions from failed ones, and a grim and terrible difference between men who rise in the defense of their homes and communities and those who are herded with their wives and children, naked and emaciated, into a nameless forest and shot.

The ability to fight is what separates the murdered from the free.

The ability to fight is a necessary component of the dark world, and we did the sacred work that night of concealing that ability from the pitiless gaze of the tyrant.

Men rarely understand the nature of military power in the hands of governments.

The idiot believes that it is there to protect him, to enforce justice.

The common man thinks that it is used according to the law, sheltered within the principles of the culture.

The wise man assumes that human beings are fallible and their choices often self-serving; that the best interests and plans often reluctantly settle into the expedient and the tawdry.

State power is the tool of men with ruthless ambition, remorseless intention and brutal capacity who do not hesitate to shed blood, hide graves and rewrite history in their favor.

Concealment of capacity is among the most crucial components of freedom. For freedom exists in the dark world within a fearsome gradient, between the polarities of anarchy and totalitarianism, and at every spot between them the shade is merely a different hue of blood.

Thus concealment of plans from the organs of the State is vital to the preservation of freedom.

Concealment of networks from the agents of the State is the hypervigilant task of the insurgent.

Concealment of physical power from the intelligence of the State is the fearsome task of free men.

Do not trust the ruling power.

The ruling power always has more resources, more intelligence, more ruthlessness and more cruelty than you can imagine. And your survival depends upon concealment until the moment of decision.

The fool believes that his vote is a determining factor in the policies of the State.

The common man thinks that parties and coalitions and alliances represent his interests.

The wise man assumes that history and culture place boundaries on the system, which rights itself.

There is always a Caesar waiting with grim and immortal ambition, nestled in the heart of the nation, who seeks to rise to total power and views blood and atrocity and horror as mere laurels of valid drama upon his entitled brow.

Just as the ambitious conceal plans, capacity in response is preserved through the concealment of revelation.

The work was done swiftly that night, nearly a generation ago. The rifles, oiled and wrapped and prepared, may still be there. Or they may be in the hands of men who can be trusted with truth and the momentum of history as it manifests in the dark world. Men who are loyal to their brothers.

Decades have passed, but the lesson of that night remains.

In response to the growth of fearsome tyranny, dreadful capacity must lie concealed.