“Rent A Minority” …. Because It’s Time

Diversity On-Demand
Rent-A-Minority is a revolutionary new service designed for those oh-shit moments where you’ve realized your award show, corporate brochure, conference panel is entirely composed of white men. For, like, the fifth year in a row. Suddenly you’re being called out on Twitter and you need to look not-racist and not-misogynist fast. Actually doing something meaningful to disrupt institutional inequality would be way too much work; so why not just Rent-A-Minority instead? 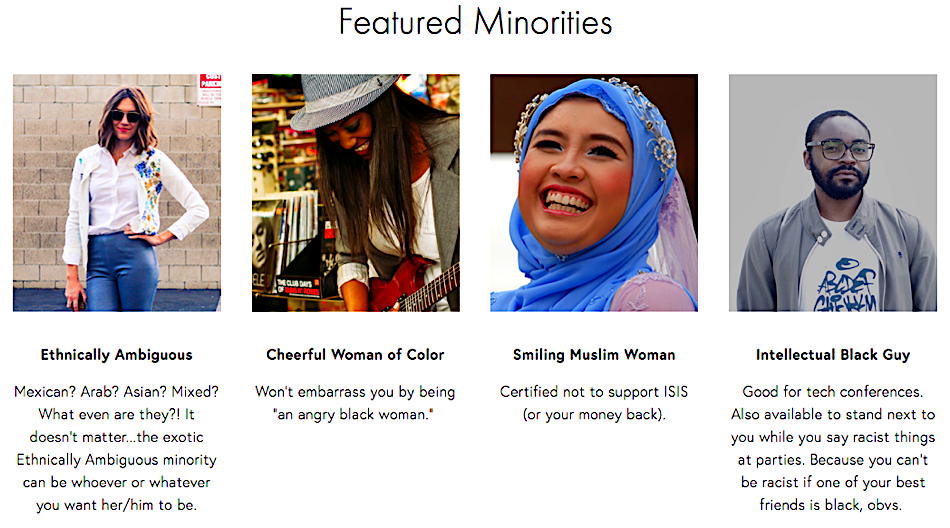 We have a minority for every occasion. Whether it’s a tech conference panel, an awards show, an advert, or a business meeting, we will collaborate to find the right minority for you. All of our minorities have been vetted to ensure they are not “too black” or “too Muslim” or “too much of a Feminist.” We know how awkward that can be. Each minority comes with bespoke pricing based on a proprietary algorithm that analyzes current states of supply/demand and the Degree of Diversity (TM) intrinsic to the potential hire.

Next post: The Floating World and Utagawa Hiroshige: Last Great Master of Ukiyo-e