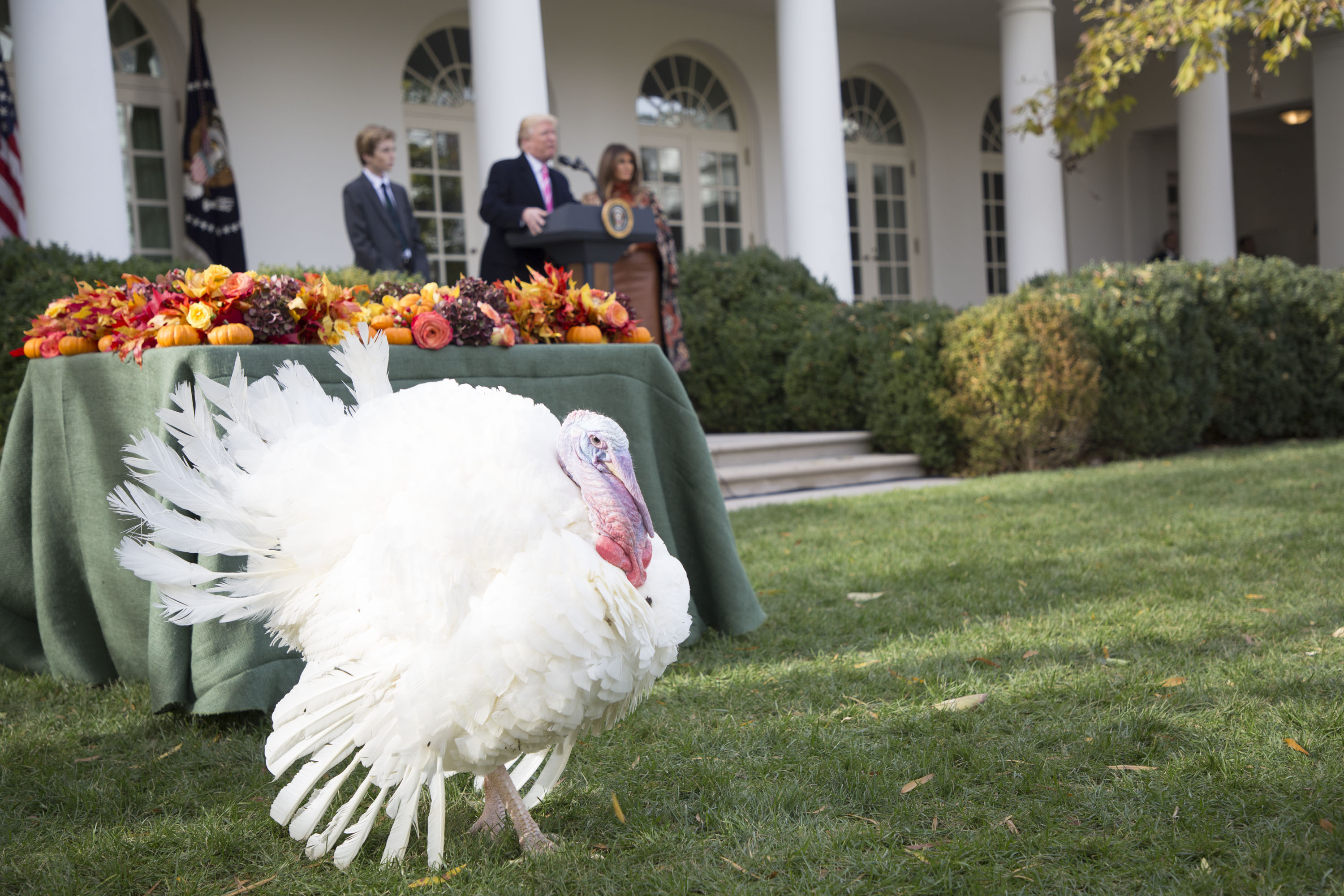 “It was 70 years ago that the National Turkey Federation first presented the National Thanksgiving Turkey to President Harry Truman — who, I might add, did not grant the pardon. He refused. He was a tough cookie. Today, I’m going to be a much nicer President.

“Over the past 10 months, Melania and I have had the pleasure of welcoming many, many special visitors to the great White House. We’ve hosted dozens of incredible world leaders, members of Congress, and, along the way, a few very strange birds. But we have yet to receive any visitors quite like our magnificent guest of honor today — Drumstick.

“Hi, Drumstick. Oh, Drumstick, I think, is going to be very happy.

“Unlike millions of other turkeys at this time of the year, Drumstick has a very, very bright future ahead of him. Drumstick was raised on Carl and Sharlene’s turkey farm in Douglas County, Minnesota, with the help of five young women from the Douglas County 4-H chapter who are here with us today. And I want to say, great work. Where are they? Please stand. Great job you’ve done. 4-H. That’s great. Thank you.

“Upon being pardoned, Drumstick and his friend, Wishbone, will live out their days at “Gobbler’s Rest” — beautiful place. It’s custom-built; it’s an enclosure on the campus of Virginia Tech. Tremendous school. There, they’ll join Tater and Tot, the two turkeys pardoned last year by President Obama.

“As many of you know, I have been very active in overturning a number of executive actions by my predecessor. However, I have been informed by the White House Counsel’s Office that Tater and Tot’s pardons cannot, under any circumstances, be revoked. So we’re not going to revoke them. So, Tater and Tot, you can rest easy. – – – – Whitehouse.gov

Next post: The Japanese: Nuked Too Much or Not Enough? (Defrosting Tomorrow’s Frozen Turkey Edition)