Regarding General Tranny: Statement by Donald J. Trump, 45th President of the United States of America 07/15/21 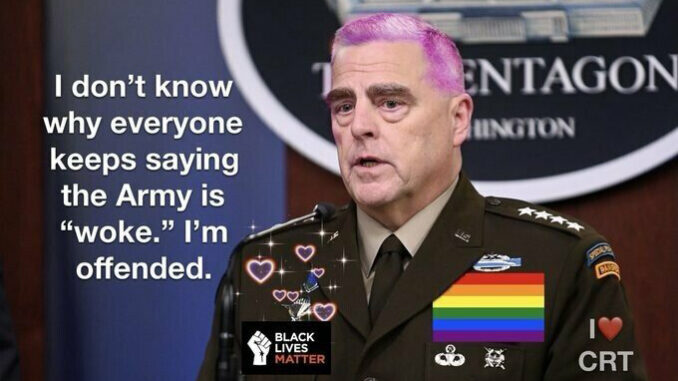 “Despite massive Voter Fraud and Irregularities during the 2020 Presidential Election Scam, that we are now seeing play out in very big and important States, I never threatened, or spoke about, to anyone, a coup of our Government. So ridiculous! Sorry to inform you, but an Election is my form of “coup,” and if I was going to do a coup, one of the last people I would want to do it with is General Mark Milley. He got his job only because the world’s most overrated general, James Mattis, could not stand him, had no respect for him, and would not recommend him. To me, the fact that Mattis didn’t like him, just like Obama didn’t like him and actually fired Milley, was a good thing, not a bad thing. I often act counter to people’s advice who I don’t respect. 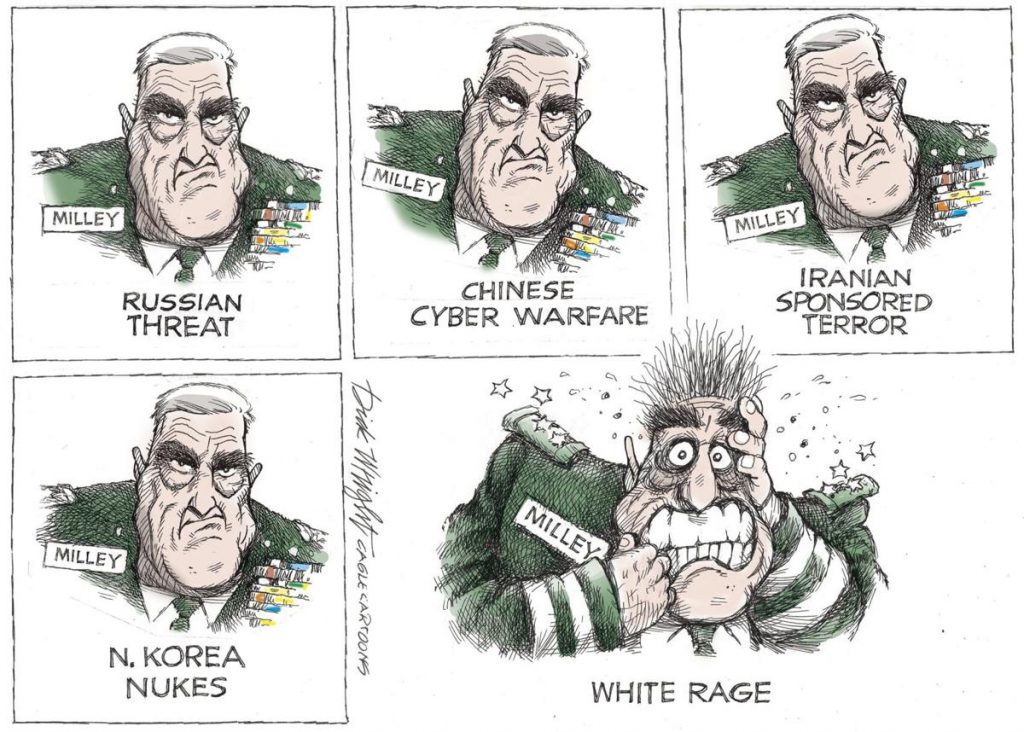 I saw at that moment he had no courage or skill

“In any event, I lost respect for Milley when we walked together to St. John’s Church (which was still smoldering from a Radical Left fire set the day before), side by side, a walk that has now been proven to be totally appropriate—and the following day Milley choked like a dog in front of the Fake News when they told him they thought he should not have been walking with the President, which turned out to be incorrect. He apologized profusely, making it a big story, instead of saying I am proud to walk with and protect the President of the United States. Had he said that it would have all been over, no big deal, but I saw at that moment he had no courage or skill, certainly not the type of person I would be talking “coup” with. I’m not into coups! 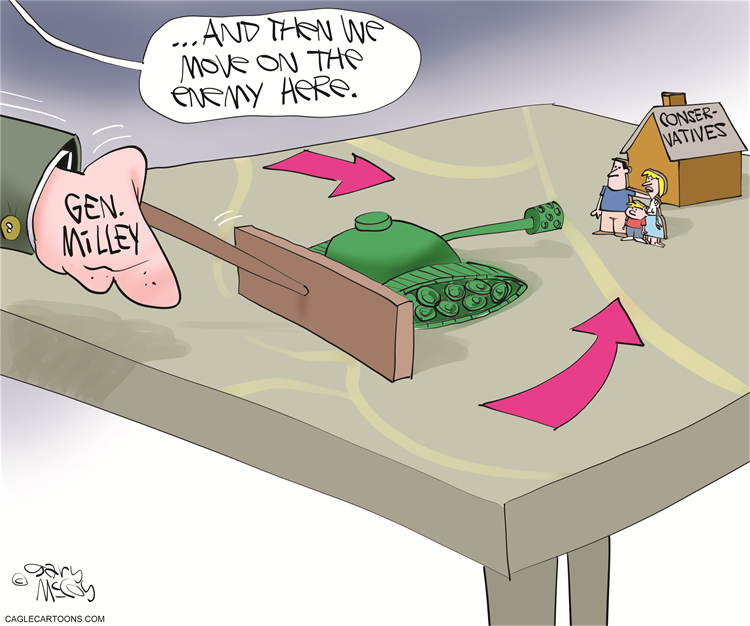 “In fact, around the same time Milley, in a conversation, was an advocate of changing all of the names of our Military Forts and Bases. I realized then, also, he was a much different person than I had hoped. I said to him, “spend more time thinking about China and Russia, and less time on being politically correct.” 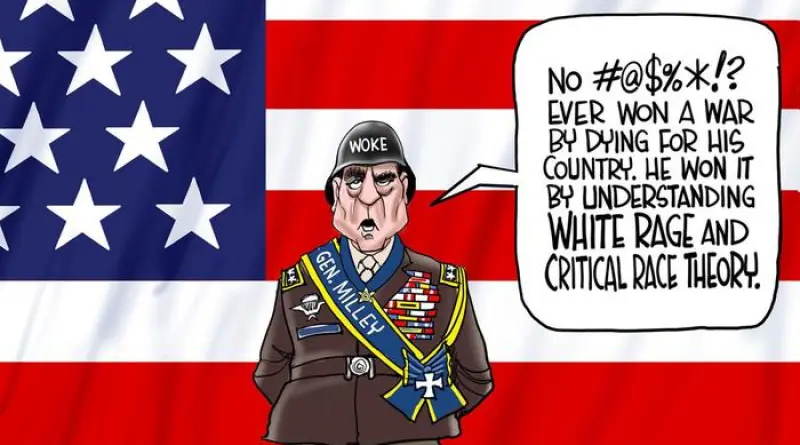 “But never during my Administration did Milley display what he is showing now. He was not “woke.” Actually, I don’t believe he ever was, but the way I look at Milley, he’s just a better politician than a general, trying to curry favor with the Radical Left and the absolute crazy people espousing a philosophy that will destroy our Country!” 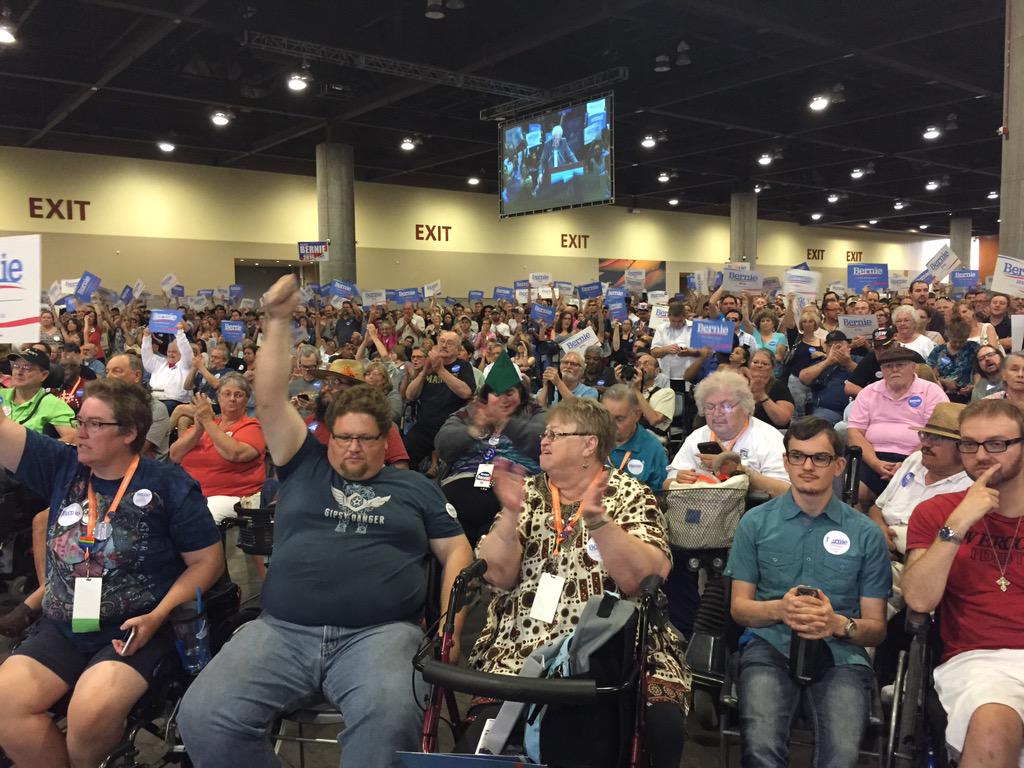 Previous post: File Under: “I said ‘Oh no, I been through this movie before…’ “