RantOmatic #7: Eric Raymond of Armed and Dangerous types for me 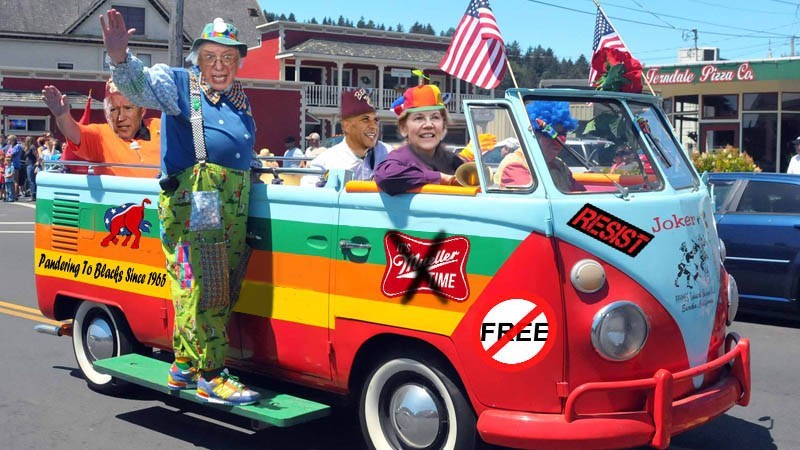 Hi, I’m Joe Biden. I’m the perfect apparatchik – no principles, no convictions, and no plan. I’m senile, and I have a problem with groping children. But vote for me anyway because orange man bad.

Hi, I’m Kamala Harris. My white ancestors owned slaves, but I use the melanin I got from my Indian ancestors to pretend to be black. My own father has publicly rebuked me for the pandering lies I tell. I fellated my way into politics; put me into the White house so I can suck even more!

Hi, I’m Elizabeth Warren. Even though I’m as white as library paste, I pretended to be an American Indian to get preferment. My research on medical bankruptcies was as fraudulent as the way I gamed the racial spoils system. So you should totally trust me when I say I’m “capitalist to my bones”!

Hi, I’m Kirsten Gillibrand. I used to be what passes for a moderate among Democrats – I even supported gun rights. Now I’ve swung hard left, and will let you just guess whether I ever had any issue convictions or it was just pandering all the way down. Tee-hee!

Hi, I’m Amy Klobuchar, and I’ve demonstrated my grasp on the leadership skills necessarily for the leader of the Free World by being notoriously abusive towards my staff.

Hi, I’m Robert Francis O’Rourke. I’m occupying the “imitate the Kennedy” lane in this race, and my credentials for it include DUI and fleeing an accident scene. The rumors that I’m a furry are false; the rumors that I’m a dimwitted child of privilege are true. But vote for me anyway, crucial white-suburban-female demographic, because I have such a winning smile!

Hi, I’m Pete Buttigieg. I was such a failure as the mayor of South Bend that my own constituents criticize me for having entered this race, but the Acela Corridor press loves me because I’m fashionably gay. And how right they are; any candidate you choose is going to bugger you up the ass eventually, but I’ll do it like an expert!

Hi, I’m Bill de Blasio. I’m as Communist as Bernie, but I hide it better. And if Pete thinks his constituents don’t want him in this race? Hold…my…beer!

Hi, I’m Cory Booker, and I’m totally not gay. OK, maybe I’m just a little gay. My city was a shithole when I was elected and I’ve done nothing to change that; I’m really just an empty suit with a plausible line of patter, especially the “I am Spartacus” part. But you should totally vote for me because I’m…what was the phrase? Oh, yeah. “Clean and articulate.”

Hi, I’m Marianne Williamson. If elected, I will redecorate the White House so it has proper feng shui. I am the sanest and least pretentious person on this stage.

Previous post: Some People Are Not So Good: The Democrat Socialist Convention via South Park