Rantomatic #14: The Great James Lileks Types for Me 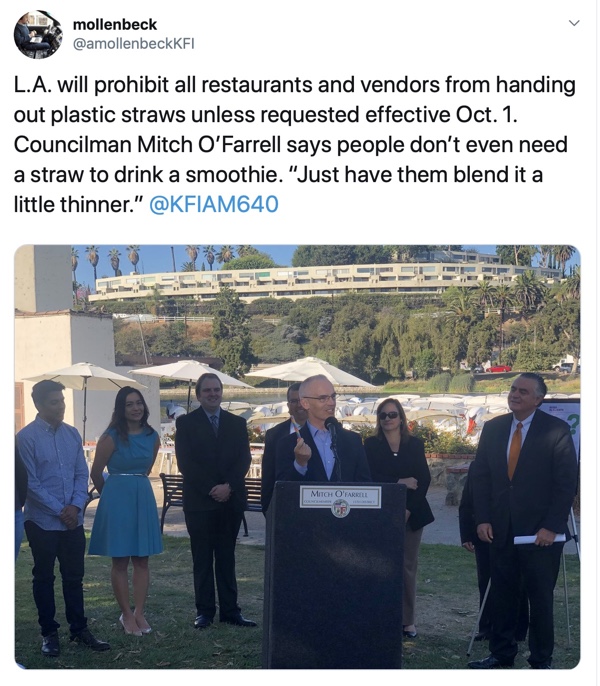 The Smoothie Consistency Act of 2020

There seem to be two kinds of stories out of California cities these days: filth and forbiddance.

As for the first, there’s the encampments of the dispossessed, whose population is allowed to roam the streets in the grip of mental illness, and cannot be sent to a place for treatment because “One Flew Over the Cuckoo’s Nest” taught us those places are run by sadistic nurses who do not understand how the patient’s illnesses are actually searing commentaries on society. Or the homeless people somehow got addicted to drugs – the details are an absolute mystery – and are thus entitled to shoot up anywhere, because prohibiting someone from jamming a spike in a vein in a playground would have a disparate impact on people who are economically marginalized and struggling with addiction. We can’t commit them to give them treatment, because they have to work this out on their own; the best thing to do is to provide free needles and safe injection locations, where they can incrementally destroy themselves in private, out of sight.

In both cases the real issue is the lack of “affordable housing,” by which they mean housing that can be secured by someone with no means of support who is incapable of holding a job, or spends all their money on intoxicants. Since they have no homes with flush toilets, they use the streets. Good liberals with “Resist!” bumperstickers sulk over stories about typhus-ridden fecal deposits, and wish the one-party government would Do Something. Otherwise they will vote out the ideologically interchangeable politicians and put in some other ideologically interchangeable politicians.