Look at this plot, the number of daily COVID tests in the US, according to the COVID-19 tracking project. 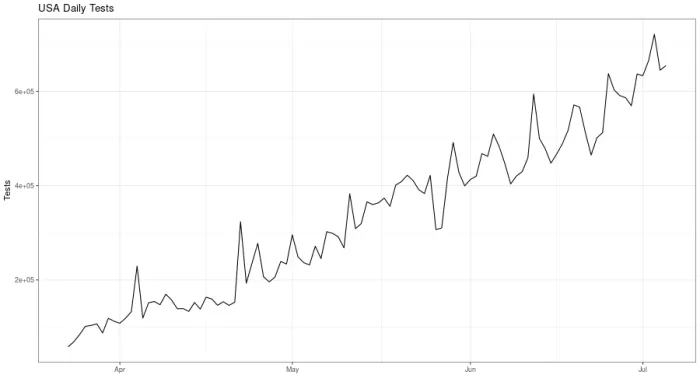 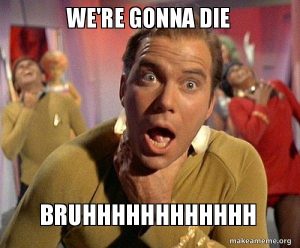 Why is this important? I’ll tell you: because we hear from every propaganda source that we are seeing a “surge” and “spike” and “record” new “cases”.

OF COURSE THERE ARE RECORD CASES! WE’RE TESTING LIKE MAD!

It would be a shock if we didn’t see a surge in new “cases” with all this testing!

Pardon my screaming, but we have gone, as the phrase has it, stark raving mad. I am beside myself with frustration trying to explain this to people who are so panicked they can’t listen to reason.

Now look at this picture, the official weekly dead according to the CDC (as of 2 July for week ending 27 June, the latest data available Monday morning):

Notice anything? You might not have reached the apex of probability like I, the Statistician to the Stars! have, but surely you can see the most salient point. DEATHS ARE DECREASING, EVEN AS NEW “CASES” “SURGE” “SPIKE” “SOAR” “SET RECORDS”….

RTWT [ From Coronavirus Update XXI: Calm Down! Record Testing Is Why There Are Record “Cases” – William M. Briggs