Rant0matic: The Diplomad has had it and so have I. It’s gone well beyond “that awkward phase” 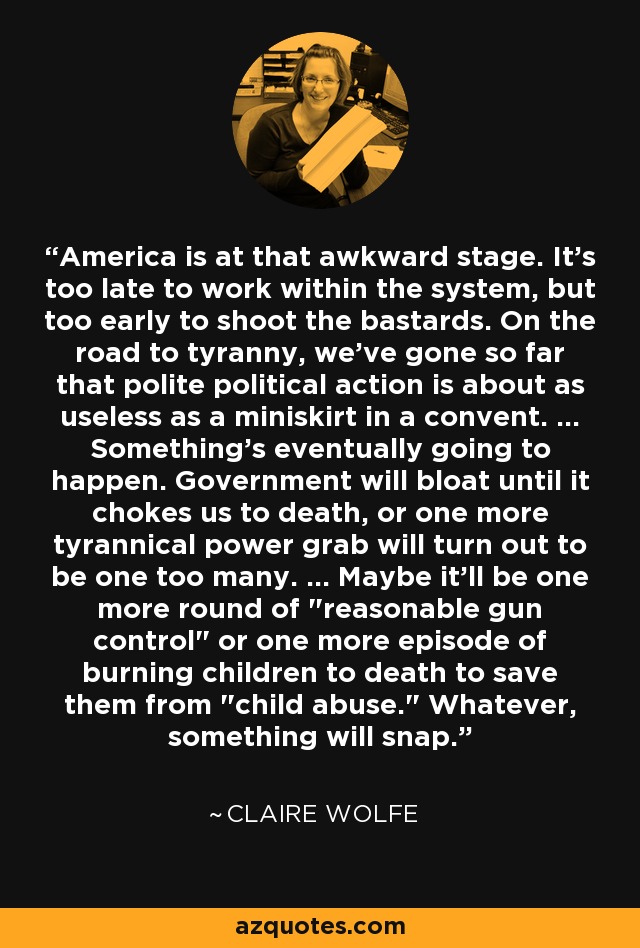 We live in a time of The Great Falsehood, the Edification of the Fake. Everywhere one turns in America and throughout the West, one gets assailed by Fakery.I “proudly” report that the USA has become the world’s greatest manufacturer, consumer, AND exporter of genuine Fakery. A notable achievement. We have set the standard of Fakery for the rest of the world! While much of our Fakery is meant solely or largely for domestic consumption, such is the global demand for high-quality Fakery that our product heads abroad where it is not only consumed but influences the development of Fakery produced in foreign lands. Without doubt non-American readers must take a knee in awe to our ability to produce Fakery. We’re number one! Bastille Day Fakery be damned!

Almost six years ago, I wrote about living awash in a sea of progressive lies (here). Since then, that sea has continued to rise. For those of us with at least moderate mental abilities, we now do not, despite what the great George Orwell said, have to “struggle to see what’s in front of one’s nose.” The problem today proves much worse: in our “cancel culture,” one must struggle to state what one sees in front of one’s nose. Accuracy and truth have become the enemies of the “progressive” system. That prog system’s array of well-financed supporters do not want islands of truth to emerge from their sea of lies. Speak up about what’s in front of your nose, and the woke “cancelers” will cut off your nose; they will get you fired, defamed, bullied, ridiculed, your property trashed, you and your family assaulted by a mob of cowards.

“For the progs black lives do not matter, at all. The progs condemn black kids to horrid, squalid schools run by overpaid, ignorant, and politically woke “teachers” and administrators. Corrupt, violent, prog-run cities slaughter black people by the dozen, nay, the score on a weekly basis, and yet vow to defund the police which provide the only hope for safety of those very black people.”

We endured years of the Russia collusion hoax, a Fake narrative which caused great damage to real people, and hurt our ability to conduct foreign policy. The proponents of that outrageous Fake never apologized, never admitted they had Faked it all along. They did not reflect on the harm done to people, key institutions, and our nation. No, they just moved on to . . . the Ukrainian hoax and the Fake impeachment! It wasn’t Russia in Trump’s corner, no, it was Ukraine! Those hoaxes, along with “Trump doesn’t pay taxes,” “hands up don’t shoot,” “nooses at NASCAR!,” “nooses on campus,” the Jussie Smollett “lynching,” “the drugs go north, the guns go south,” “a video by a Christian caused the Benghazi massacre,” “remove the statues,” all pale before the latest prog hoaxes: black lives matter and the Covid pandemic shutdown.

The progs prance, dance and screech about how much they care about black people. They Mau-Mau our feckless corporations and Hollywood “elite” into supporting the terrorist/criminal BLM movement, one run largely by white Marxists. The same “woke” multinational corporations, such as Nike, that use quasi-slave labor in China and elsewhere to make their products, fall all over themselves expressing support for Social Justice and BLM. Hollywood and the NBA, both deriving huge sums from China, bow down to the totalitarian brutes running the PRC but loudly proclaim their commitment to Social Justice and BLM–Uighurs, child workers, and Hong Kong be damned!

Let’s be clear: the progs don’t give a damn about black lives. For the progs, I repeat, black lives do not matter, at all. The progs condemn black kids to horrid, squalid schools run by overpaid, ignorant, and politically woke “teachers” and administrators. Corrupt, violent, prog-run cities slaughter black people by the dozen, nay, the score on a weekly basis, and yet vow to defund the police which provide the only hope for safety of those very black people. Prog-supported Planned Parenthood, founded by a rabid Nazi-like racist scum, runs an anti-black genocide machine in the guise of providing (Fake) “reproductive health services.” Prog politicians and their Fake anti-poverty, pro-equality socio-economic policies and programs have devastated the black church, the black community, and the very structure of the black family; their “anti-racism” efforts have destroyed decades of effort to eliminate race as a factor in American life; the woke ones now seek to reintroduce segregation into American schools and life.

The progs have done what neither slavery nor segregation could: they have kept millions of black people as a permanent underclass to be exploited by the prog urban political machines. The progs get to decide who is black and who is a Fake black; they decide what political views black people can and cannot hold; which black “leaders” will emerge and get media time. Behold, the new slavery.

American progs have managed to get goofy foreigners to proclaim the slogans of the BLM. Just yesterday, for example, I was watching a soccer game transmitted from Europe; the head coach of one team, whitest man ever seen, was running about with a “Black Lives Matter” shirt. The idiot former Beatle drummer, Ringo, is holding some sort of a concert with money going to BLM. Jack-assery of the first order. Europe is now again a racial battleground thanks to efforts to “fight” racism. Fakery triumphs!

I have written a great deal about the ChiCom virus. Won’t repeat it. Let’s just say there is a huge element of Fakery involved. Those of us skeptical from the start about the reaction to the ChiCom virus have proven correct. The “experts” and their models proved Fake. The mortality rate of the virus has continued to decline and, as further testing reveals, it is a mortality rate equal to or LOWER than past flu epidemics. The media, purveyors of the Fake, cannot allow the truth to emerge. They bury it with inflammatory headlines about “spikes,” new outbreaks. They deliberately merge data about “new” cases with old ones newly discovered because of ramped-up testing; they won’t reveal how many of the NEW cases are, in fact, old ones from which the “victims” have long recovered, many not even knowing they had the virus.

The morgues are not filled with the dead; the hospitals are not overwhelmed. Fakery at work.

The word has gone out from the epicenters of prog Fakery to keep the ChiCom virus story front and center; to keep us in a state of fear and uncertainty; to keep us from questioning the “necessary” loss of Constitutionally guaranteed freedoms and rights. In other words, it is just another strategy by the progs to expand their power at the expense of ordinary people; another part of the strategy to throw the November 3 elections, e.g., vote from home because it’s too dangerous to go to the polling booth, too dangerous to hold party conventions and debates, mustn’t expose the Dems’ Fake presidential candidate to any harsh truths . . . but it’s perfectly fine to hold BLM rallies.

We see the political power play at work with the current furor over reopening the schools. The all-powerful teacher unions, whose members have continued to receive their salaries during the shut-down, want the schools to remain closed. Too dangerous, they cry.

Have you met the new generation of public school teachers? Marxist morons is too kind of a description for many if not most of them. When I was a kid, teachers, overwhelmingly, were serious people, dedicated to the case of genuine education, and lovers of Western civilization. Now? They are “wokidiots.” I wouldn’t let them near my kids.

The schools, truth be told, teach largely garbage in the USA and throughout the West; at best, they serve as elaborately funded baby-sitting and prog-indoctrination centers that make it possible for ordinary folk to go to work. Keep the schools closed, and you keep much of the economy shuttered. That’s what they want. They want us all to proclaim the importance of the Fake schools. Don’t fall into the trap; say what you see in front of your nose. Time to defund public education. Stop paying Fake teachers who won’t and don’t teach. Give people vouchers, we already have paid for them with our taxes, and let us send our kids to whatever schools we want or make our own.

Speak up. Don’t let the progs and their Fakery silence you. 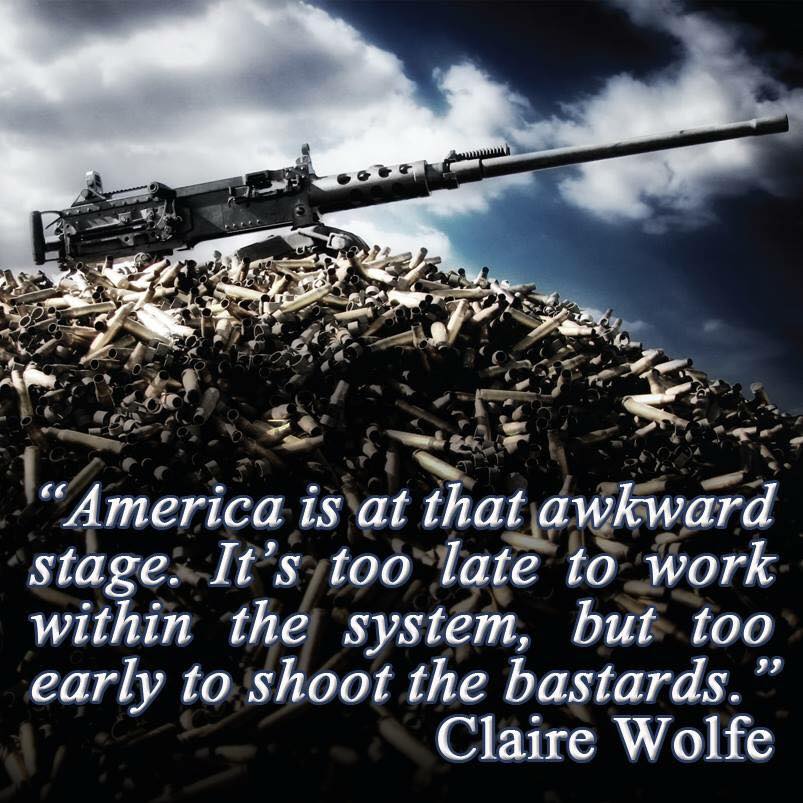