Rant0matic: My Big Old Rant – Sean of the South 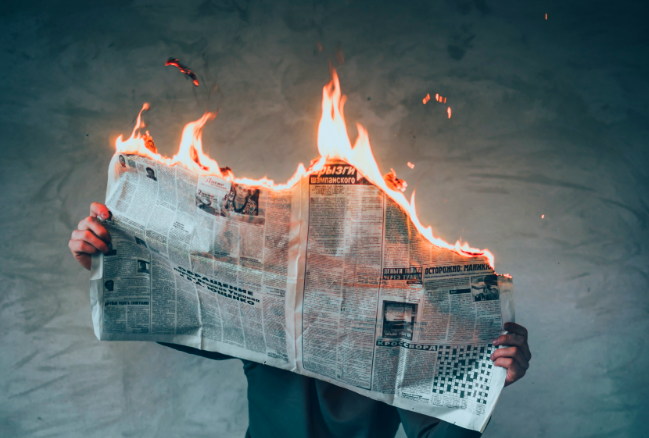 Ever since the coronavirus epidemic started, I have been sucked into well-written tirades penned by people who probably mean well, but who are too mad to do well.

I just finished reading one rant that was about surgical masks. The author was furious about the issue. The thing must have been one hundred paragraphs long. And the scary thing is: I actually took the time to read it.

So I’ve decided to write one, too.

Hey, why not? Everyone deserves to express their own disgust. Besides, complaining has become fashionable. Some people are so incredibly good at griping that they have become famous for it.

So the first thing I would like to complain about is children….

A few weeks ago, someone gave me an album containing the complete works of Johann Sebastian Bach. I listened for two hours before realizing that this album goes on for 12 days.

There are 1,128 Bach works preserved today. And that’s just from one cherished composer. Imagine how many thousands of other baroque melodies exist. And that’s not even taking into account the music from other musical periods like the Renaissance, Classical, Romantic, Post-War, Modern, jazz, and George Strait.

I would also like to complain about a particular brand of tomatoes my wife buys in the grocery store.

Now, normally I would tell you that I hate store-brand tomatoes. Because I do. For most of my life, the only tomatoes you could get from a grocery store were pinkish atrocities that tasted like wadded up Kleenex. Until now.

My wife found some tomatoes in the supermarket that actually taste semi-homegrown. They are sweet, plump, and filled with juice.

I don’t know what these babies are called, but they have changed my world. And I’m complaining because I never knew they existed.

I also want to take a moment to cuss the weather. Especially the weather we’ve been having lately. How many beautiful blue skies can one guy take? It’s ridiculous.

Look, I love sunshine as much as the next John Doe. But do you know how difficult it is to compose a well-formed rant on social media when you’re sitting outside, listening to Bach preludes, eating a tomato, and looking at an incredible sky?

Microwaves. How come they cook food so fast and evenly? How come they’re so dadgum wonderful? I’m ticked, and I want answers.

A long time ago, our microwaves were the size of commercial generators. They were unsafe, made loud noises, and could cook things from across the room. Today we have supercomputers with buttons that say: “reheat coffee.”

Wildflowers. We have way too many of them. There are acres of flowers growing near my house and it’s getting out of hand.

RTWT at my new favorite writer’s site: – Sean of the South

Next post: From “Whiteness” to Whines at the risibly named “Museum of African American History and Culture”

Previous post: The Sun is Ready for Its Closeup. First Images from Solar Orbiter!