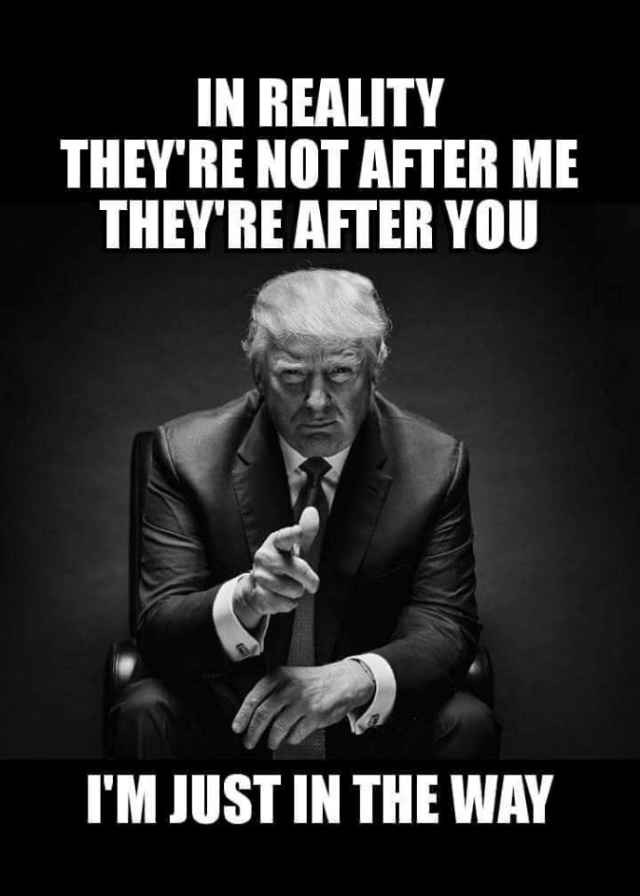 A CALL TO ACTION: “Stand” – We Will Remember The 129 Republicans Who Refused to Stand With President Trump… Posted on October 16, 2019 AT THE LAST REFUGE / CONSERVATIVEA TREEHOUSE by sundance 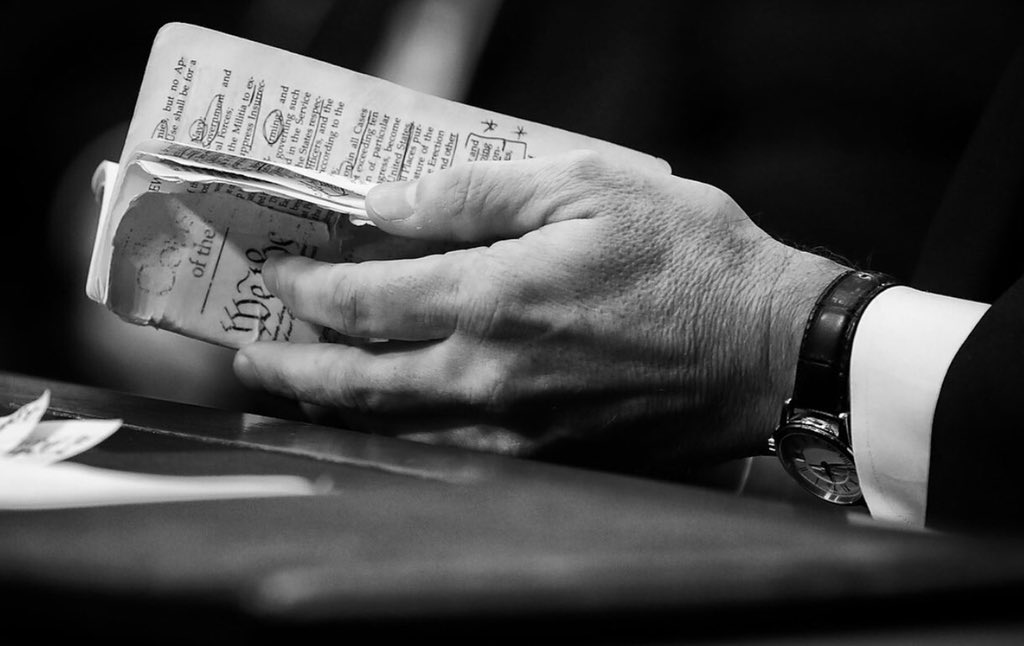 The Conservative Treehouse is often criticized for being too accurate outlining the schemes, and not putting enough emphasis on what actions can be done -by ordinary Americans- to counteract the duplicity and corruption amid DC politicians. Well, last month we outlined exactly what YOU can do when we wrote “STAND“.

It is the responsibility of each of us to stand, defiantly if needed, and support a President who is waging a battle against multiple adversaries on our behalf. “Stand” means to be visible. “Stand” means let your voice be heard. “Stand” means telling your republican representatives what your expectations are. They represent us; WE are the people.

Why is this important? Well, today 129 Republican House members spat upon our President as he works tirelessly to defend our interests and put America First. 129 Republican House representatives voted against the one Republican who is doing everything he possibly can to fulfill the expectations of those who elected him to office.

129 back-stabbing cowards, voted to condemn President Trump for withdrawing the U.S. military from Syria; the same military engagement those same spineless cowards in the House would not vote to authorize. Those 129 Republicans should be shamed.

It is important to note the entire Republican leadership in the House voted against President Trump. “The Entire Republican Leadership” team. All.of.them…. While the Democrats are trying to impeach him. Think about it.

Do not look away from the names. You can find the ROLL CALL VOTE HERE.

Absorb the anger as fuel to empower you to contact them and let your voice be heard. It might be difficult to accept that: Doug Collins, Devin Nunes, Liz Cheney, Kevin McCarthy, Mike McCaul, John Ratcliffe, Steve Scalise, and Lee Zeldin all voted to spit in the face of our president…. BUT THEY DID. So what are you going to do about it?

There were decent Republicans who stood with our president. Sixty of them to be exact. Including Mark Meadows, Jim Jordan, Louie Gohmert, Andy Biggs and fifty-six more who stood shoulder-to-shoulder with patriots and with our President. They too should be contacted with words of appreciation and praise.

However, the 129 scheming, back-stabbing cowards who call themselves representatives and yet voted against the will of We The People who elected President Trump… well, those lying war-mongering creatures of the deep swamp, they should hear our voices loudest.

As we bear witness, anyone trying to convince us this entire assembly of our union is headed in the right direction, well, they might want to revisit their proximity to the 2020 election ballpark. Because they’re not just out of the city – they’re also out of the same state the election ballpark is located in….. Then again, the media know that.

David Mamet had a famous saying, essentially: …‘in order for democrats, liberals, progressives et al to continue their illogical belief systems they have to pretend not to know a lot of things’… By pretending ‘not to know’ there is no guilt, no actual connection to conscience. Denial of truth allows easier trespass.

This hate-filled Democrat ideology relies on our willingness to accept their lies, falsehoods, and scripted presentations; and then demands we grant benefit amid their seeds of doubt.

Cold Anger does not need to go to violence. For those who carry it, no conversation is needed when we meet. You cannot poll or measure it; specifically, because most who carry it avoid discussion… And that decision has nothing whatsoever to do with any form of correctness.

We watched the passage of Obamacare at 1:38 am on the day before Christmas Eve in 2009. We watched the Senate, then the House attempt passing Amnesty in 2014. We know exactly how it passed, and we know exactly why it passed. We don’t need to stand around talking about it….

We know what lies hidden behind “cloture” and the UniParty schemes.

We watched the 2009 $900+ billion Stimulus Bill being spent each year, every year, for seven consecutive years. Omnibus, Porkulous, QE1, QE2, Bailouts, Crony-Capitalism. We know exactly how this works, and we know exactly why this ruse is maintained. We don’t need to stand around talking about it…. We’re beyond talking.

We accept that the entire Senate voted to block President Trump’s ability to use recess appointments in 2017, and 2018, and 2019. Every.Single.Democrat.And.Republican.

We’ve waited each year, every year, for ten years, to see a federal budget, only to be given another Omnibus spending bill by “CONservative” politicians.

We’ve watched the ridiculing of cops, the riots, and the lack of support for laws, or their enforcement. We’ve been absorbing all that. We’ve been exposed to violence upon us by paid operatives of the organized DNC machine. We know; the media trying to hide it doesn’t change our level of information.

Cold Anger is not hatred, it is far more purposeful.

We watched in 2012 as the Democrat party thrice denied God during their convention. The doors to evil enterprise opened by official proclamation and request.

Cold Anger takes notice of the liars, even from a great distance – seemingly invisible to the mob. Cold Anger will still hold open the door for the riot goer. Mannerly.

We’ve watched Islamic Terrorists slaughter Americans as our politicians proclaim their uncertainty of motive. We know exactly who they are, and why they are doing it. We do not need to stand around discussing it…. we’re clear-eyed.

Cold Anger does not gloat; it absorbs consistent vilification and ridicule as fuel. This sensibility does not want to exist, it is forced to exist in otherwise unwilling hosts – we also refuse to be destabilized by it.

Illicit trade schemes, employment and the standard of living in Vietnam and Southeast Asia are more important to Wall Street and DC lobbyists than the financial security of Youngstown Ohio.

We get it. We understand. We didn’t create that reality, we are simply responding to it.

The intelligence apparatus of our nation was weaponized against our candidate by those who controlled the levers of government. Now, with sanctimonious declarations they dismiss accountability.

Deliberate intent and prudence ensure we avoid failure. The course is thoughtful vigilance; it is a strategy devoid of emotion. The media can call us anything they want, it really doesn’t matter…. we’re far beyond the place where labels matter.

Foolishness and betrayal of our nation have served to reveal dangers within our present condition. Misplaced corrective action, regardless of intent, is neither safe nor wise. We know exactly who Donald Trump is, and we also know what he is not. He is exactly what we need at this moment. He is a necessary glorious bastard.

He is our weapon.

Cold Anger is not driven to act in spite of itself; it drives a reckoning.

When the well attired leave the checkout line carrying steaks and shrimp using an EBT card, the door is still held open; yet notations necessarily embed.

When the U.S. flags lay gleefully undefended, they do not lay unnoticed. When the stars and stripes are controversial, yet a foreign flag is honored – we are paying attention.

When millionaire football players kneel down rather than honor our fallen soldiers and stand proud of our country, we see that. Check the NFL TV ratings – take note…

… RTWT AT A CALL TO ACTION: “Stand” – We Will Remember The 129 Republicans Who Refused to Stand With President Trump… | The Last Refuge

Next post: Overdue: The Beginning of the End of “Safe Spaces”