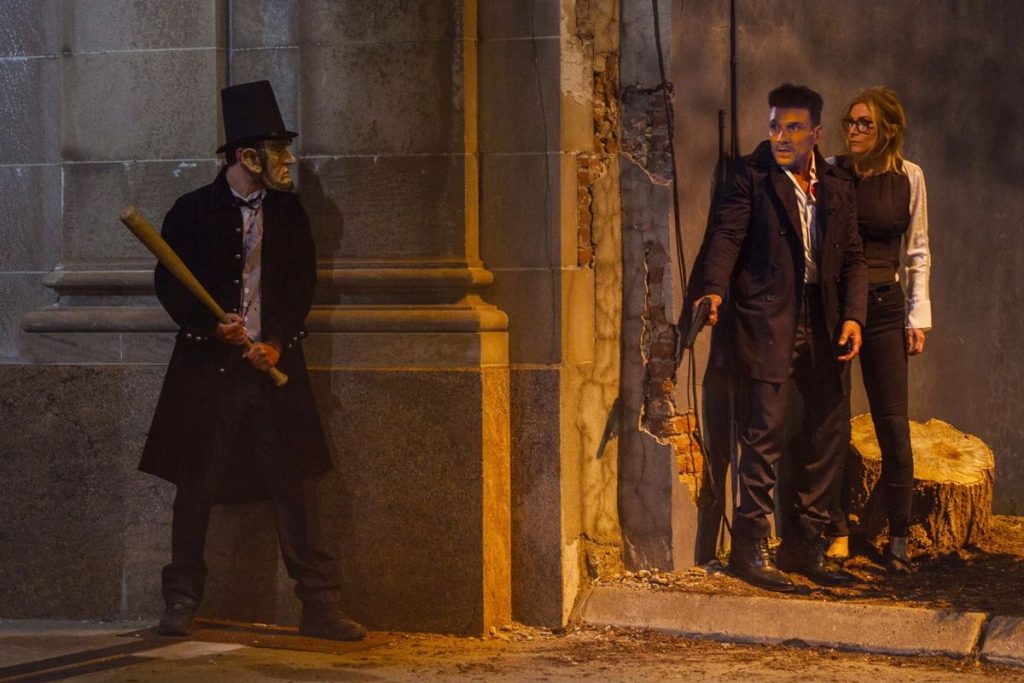 The usually calm, pious and thoughtful David Warren types for me in Looking ahead : Essays in Idleness

When the next American Civil War starts, I imagine it will look something like Hong Kong: a big melee spreading through all public spaces (I note that USA is bigger than Hong Kong). But there will be fairly limited casualties, at first, each of which will become the subject of unrestrained media outrage, until the media collapse under physical reprisals.

Later, the better and better-armed demonstrators, on both sides, will tactically “evolve.”

The surveillance state itself will begin to disintegrate and with it any hope of restoring public order, through agencies such as police, courts, and prisons. Things like border surveillance will be abandoned, with immediate consequences, but as the attraction of going to the States diminishes, no one will mind.

More noticeably, the economy will break down. Because the American military was designed chiefly to defend against foreign powers, on a very large scale — and the threat will instead be domestic and scattered — the Army will be (at first) effectively neutralized. Isolated firefights between Democrat and Republican soldiers will escalate to firefights between ships and aeroplanes, but these will end fairly quickly as a Pentagon dictatorship seizes control.

Within a year, I expect, though only a small part of their arsenal will prove useful, bullet-enforced curfews will restore relative peace to the streets. I don’t expect the death toll to be more than a few hundred thousand, at least from direct conflict as the guns come out. Interruptions of food supply, and the spread of disease, will cost much more — but possibly less (proportionately) than in the last Civil War, in which both sides were better organized.

That it will spread to Canada, I cannot doubt, developing from the refugee crisis across “the world’s longest undefended border,” as snowflakes of all descriptions, by their millions, run for their lives, then resume their clashes up here.

Mexico would also suffer from this “white flight,” except, the chaos from Mexican cartels’ energetic efforts to reclaim significant parts of Texas, California, and the Southwest, would have the paradoxical effect of ending the outbound refugee traffic there.

For the most part, other foreign countries would avoid direct engagement. Instead, Islamist and Socialist regimes around the world would be busy consolidating their own local positions, sparking numerous “little wars” by their attempts at regional expansion. Each would be settled as the larger and more ruthless power won…

RTWT @Looking ahead : Essays in Idleness

Previous post: Burnings Not Boycotts: The Chinese Flu for which there is no vaccine save fire.