“Be Prepared:” With Irma incoming in “Beast Mode” it’s Time to Learn from Harvey 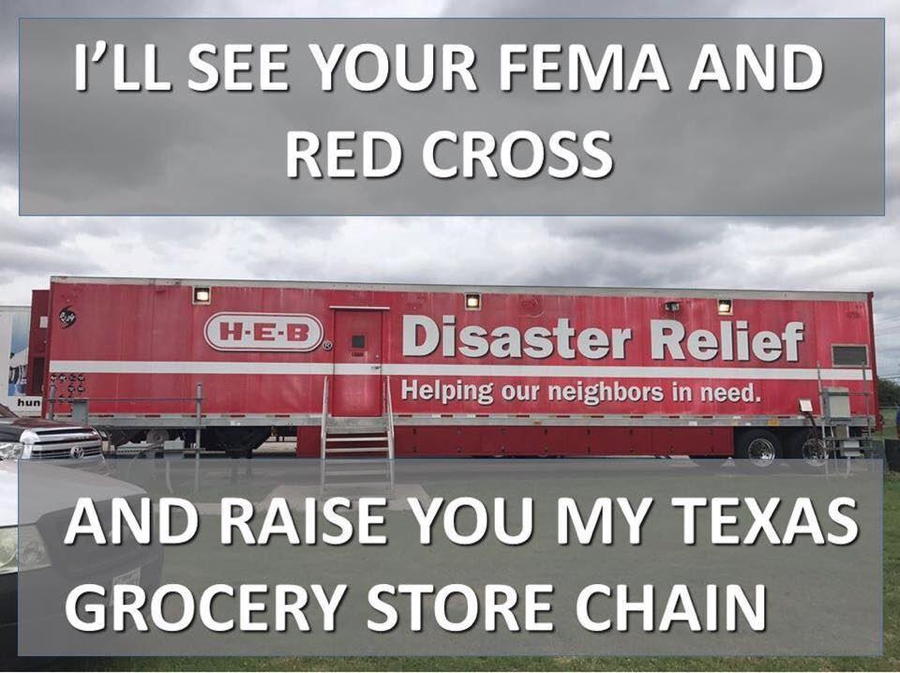 [Note: In any large scale disaster such as Harvey and now Irma the key to recovery is to keep the food supply chain open. If the people manning and managing the grocery chains falter it is about three days, maximum, until the guns come out.]

The largest grocer in the state is H-E-B, with about 350 stores scattered throughout Texas and Mexico. At a time when retail watchers question the future of brick-and-mortar stores due to Amazon’s continued ascendance, the 112-year-old retailer is drawing widespread praise after managing to open 60 of its 83 stores in Houston last Sunday, hours after Hurricane Harvey slammed into Texas as a Category 4 storm. (Now, 79 of the 83 stores are open.)

When employees couldn’t get to work, some stores still operated with as few as five people: one stationed at the door as crowd control and four working the registers, trying to get people out as quickly as possible.

On Saturday morning, I spoke with Scott McClelland, a 27-year H-E-B veteran who is president of the chain’s Houston division. For much of the week, he had worked from 5 a.m. to 9:30 p.m., with days blurring together.

The behind-the-scenes operation, as he told me, is a complicated dance involving multiple command centers, a helicopter, private planes, military style vehicles and frequent calls to suppliers, urging them to send toilet paper — and to skip the Funyuns.

McClelland, in his own words:

One thing about a hurricane is you never know exactly where it’s going to hit. They call them spaghetti models. They make their best guesstimate.

We first knew the storm was coming last Tuesday. You begin to put plans into motion. We began shipping water and bread into the effected areas. Those are the two categories people buy first.

When you go into a hurricane, nobody buys frozen food. You want milk, bread, water. You want batteries, you want canned meat. You want tuna.

Coming out of a hurricane, if there’s been flooding, they’re going to want stick goods: mops and bleach. I’ll take all the bread I can possibly get right now. Then you’re going to start to get produce. The guy who runs floral at H-E-B calls everyday: Can I start to ship floral? We don’t care about floral. People do not buy flowers in the middle of a hurricane. You only have so many trucks and so much space. 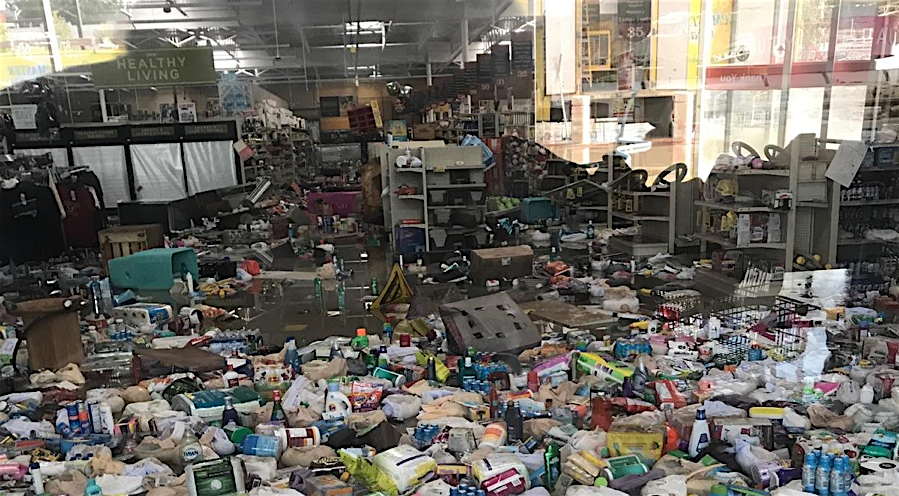