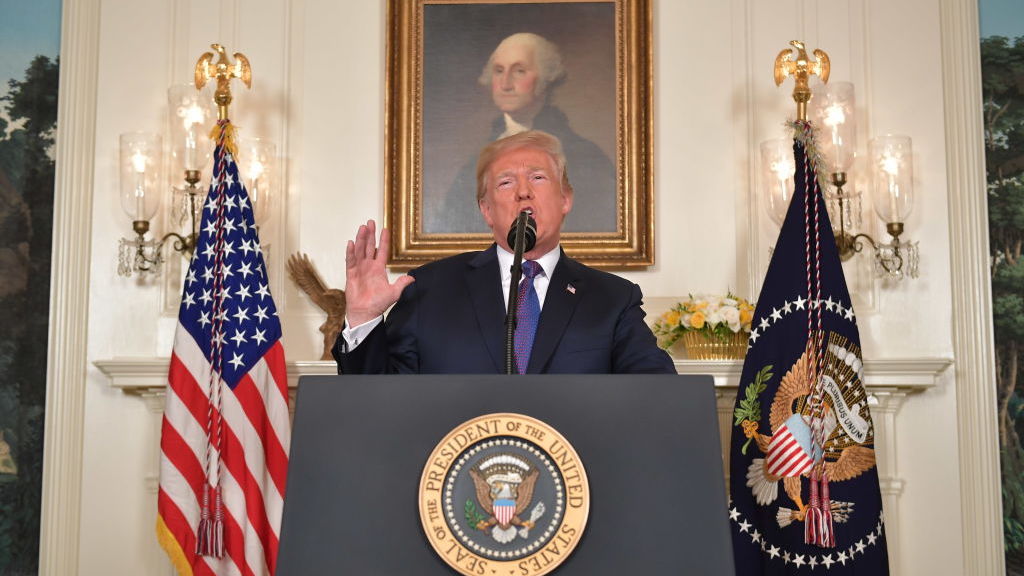 Imagine if, on the evening of Tuesday, September 4, President Trump delivered the following speech from the White House . . .

Traditionally, this is the day when the country ends summer fantasies, gets back to work and to school — when we get serious. And it is high time for our political system to follow suit and get serious. Tonight we start.

Two months from now, we will vote for 435 members of the House of Representatives, 34 senators, and countless other officials. Since the last election, weâve been bombarded with accusations from government officials acting in semi-secrecy and through friendly collaborators in the media that your votes were somehow tainted, and the election results were illegitimate.

Sadly, this outrageous campaign has abetted the Democratic Party’s near-unanimous refusal to accept the results of our election. Aptly, they call what they have been doing “the Resistance.” This open cabal of officials, of the media, of corporate Americaâs leadership, these upscale lords of the universe, are trying to overturn the results of the last presidential election.

They aim to convince you that you are stupid, unsophisticated, and at least a little racist. In short, they want you to know that you can’t govern yourselves as well as they would have you governed. They tell you that you must vote for Democrats, any and all Democrats, because if enough are elected, they will impeach Donald Trump who is responsible in part for the stupidity, racism, sexism, etc. that led you to vote as you did in 2016.

For what will they impeach me? For having done exactly what? They won’t say directly. They want an endless investigation producing more leaks and suggestions that the worst of the allegations about me may be true. And they want elections to be run on the basis of their smoke and mirrors campaigns.

But it’s time to get serious. That’s why, tonight, I’m telling them what Muhammed Ali told George Foreman after he had absorbed his best punches: Now it’s my turn.

So, tonight, hear this.

Robert Mueller,  you’re fired. As of noon Eastern Daylight Time on September 5, along with every person you have hired, you are no longer an employee of the United States. The same goes for Deputy Attorney General Rod Rosenstein. I am canceling all security clearances of yours and of theirs as of that hour. By that moment, you and they will have delivered to the Justice Department’s inspector general every copy of every document connected with your investigation of anything having to do with the 2016 election, and every electronic instrument containing such documents. After that moment, your possession of any such documents, in any form, will be prosecuted to the fullest extent of the law.