Post of the Day: “Let’s Tell Liberals to Cork it Whenever They…” by Morgan Eratosthenes 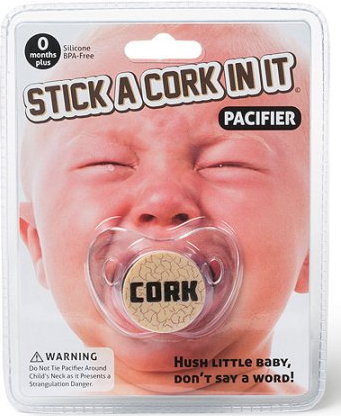 Liberals made up a bunch of bullshit and wrote it down into a “dossier,” then they used the made-up dossier-bullshit to get a FISA warrant. Going forward, it’s going to be a bit tough to prove actual intent with regard to liberal lies, because what happened here is the liberals began to earnestly believe their own bullshit. I’ve been watching that for thirty years. That’s why when Oproah Winfrey babbled away with some foolish nonsense about “your truth” I didn’t need anyone to clue me in on what’s wrong with that. See, you & I live in a world in which water freezes at 32 degrees Fahrenheit and it doesn’t matter how people feel about that. If you get in an argument with someone who says it freezes at 50, and they manage to pull off some rhetorical flourish that makes you look like a raging idiot and the surrounding crowd roars its approval…well guess what. The freezing temperature doesn’t change. Liberals don’t live in that world. That’s why they’re forever looking for the “gotcha.” To them, that is truth.

It doesn’t matter if you think you’re lying when your fastening to truth is so twisted, so ramshackle. An intent to tell the truth, versus an intent to deceive, is only the second step, with the first being: Do you even sustain a belief in truth? Do you even know what it is? Do you buy into the idea that there’s a freezing temperature and it doesn’t matter what people think about it. Because if not, any comment you have on the matter will merely be a report on your expectations of what most people think. You could be 100% sincere about this and, still, not to be trusted.

So going forward, let’s ALL be sure to tell liberals to stick a cork in it whenever they…

1. Accuse someone of saying or doing something
2. Insist someone is innocent of something, or debunk a myth
3. Tell us history; tell us how anything went down anywhere
4. Tell us what’s going on with the climate, or for that matter, anything that has anything to do with science
5. “Libsplain” to us how many genders there are
6. Tell us about any “research” or “experiment” or “paper,” unless they can assure us no liberals were involved in doing it, and even then someone who isn’t a liberal should have to prove it.
7. Protest something
8. Proxy-complain about something on behalf of some race, nation or creed that’s supposed to be offended
9. Bore us yet even more about their “triggerings” or “microaggressions”
10. Define ANYTHING
11. Tell us what we need to do to prove we’re properly respectful to women
12. Explain to us what is going on in the heads of anyone who doesn’t agree with them

RTWT: Morgan at House of Eratosthenes [AKA The Blog That Nobody Reads]

Next post: Short Takes: Ass-Clowns of the Dead Media