Post of the Day Award to Morgan at House of Eratosthenes 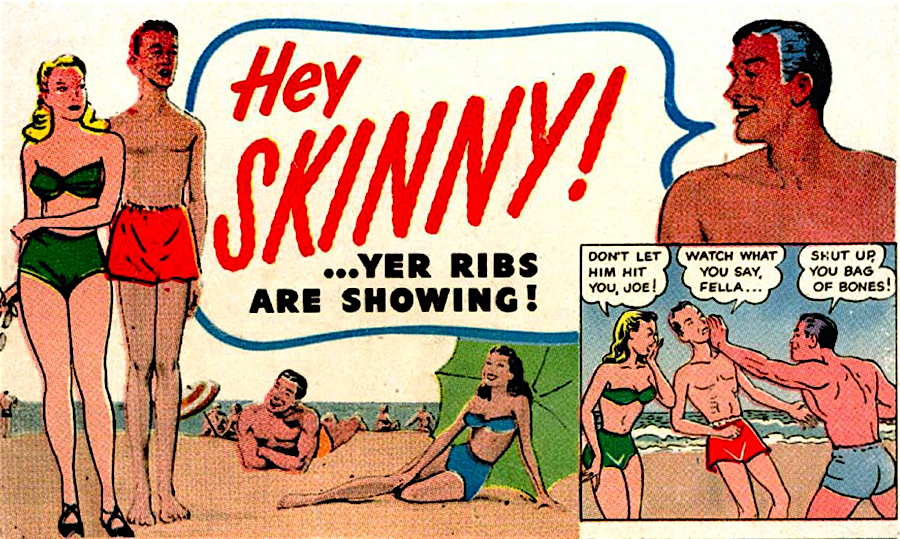 Morgan at his “Blog That Nobody Reads” has this worthy rant to go with his “Worthy Rant Collection”“Pusillanimous (adj.):” I Did Not Invent This Word

Pusillanimity (n.)
The quality or state of being pusillanimous; the vice of being timid and cowardly, and thus not living up to one’s full potential. [last emphasis mine]

See the distinction now? You may be muscular and capable of pushing huge boulders around; but, you have this binding on your wrists, a restraint involving a puny spirit, so you don’t get it done. You have the same effect on your environment, as a skinny weakling.

Might I suggest the word is bristling with these half-dozen syllables, because within it is crammed all of the conflict within the times in which we live. It is, literally, the word of the era.

Within the stretch of a week or two, I see this many times with President Trump, who supports many policies that could be legitimately criticized for a number of reasons. But the deliberations about PDJT’s latest antics never seem to get too far, certainly not into the realm of honestly inspecting the implications of what he wants to do. They so often veer off into a bunch of tongue-clucking about some “tweet.” It seems to me like our current culture may be incapable of having a diligent discussion about these things. President Trump is utterly lacking in pusillanimity — as well as, depending on the setting, refinement & manners. But mostly the pusillanimity. Here & there, now & then, he’s shown those other things. But who among us can tell the difference? So many of these arguments about Trump devolve into inspections of mannerisms. It’s irritating to people like me who don’t care one way or another about the mannerisms. Speaking for myself, I’m not holding out Trump to be some kind of role model for adults, or children, or anybody else; it’s not what I’m looking for when I vote for a President, and his name isn’t going to be on a ballot anytime soon anyway. But as people continue to make a big deal about mannerisms, the thought occurs to me that maybe the problem is precedent. We’ve become so accustomed to pusillanimous politicians, that we’re incapable of processing the information when we come across one who isn’t. This guy is far from perfect, anyone who goes looking for flaws can certainly find them. Why obsess on the thing that isn’t one?

Atheism is doing very well these days, and in spite of the protests of atheists, we know it’s doing well not because it makes sense or explains anything, but because it’s being pushed. Not always directly. Spirituality, the nature of the universe, what are we doing inhabiting it and do we have a purpose — so many other things connect to this, answers to the questions can be pushed indirectly by way of all these connections to other things. Ah, so many of them think this is an intellectual issue, having to do with facts and reasoning. That’s cute. You see it’s spiritual just a few moments into a conversation with any one of them. In the blink of an eye, the object of the exercise is no longer any sort of scientific pursuit of the truth, wherever it may lie & whatever it may be. It deteriorates into an exercise. Find the most secular explanation for everything, and deny, deny, deny that which must be denied. They claim there is no God and no need for one, and then lose their way while the rest of us watch, in just a few paces. Of course, no God means no purpose. Another example of “timid” not fitting the situation at hand, not describing it all. These may not be timid people. They may in fact be full of braggadocio. They often are! But their spirit is puny, and they’re pushing on others what they already have — a tell-tale sign that one feels unfulfilled merely maintaining what he already “knows” to be true, and has a hole in himself that can only be filled by seeing it reflected in others. Intellectual? Pfeh. There’s no intellectual reason on the Earth to proselytize a lack of belief.

Feminism has made such a spectator sport of pushing pusillanimity — and not just on men, but on any & all ideological opponents — we’ve gotten used to seeing it, wouldn’t know what to make of it if it ever stopped…..

RTWT @ “Pusillanimous (adj.):” I Did Not Invent This Word

Next post: Why Trump Signed “That Evil Funding Bill:” One Possible Scenario, Iran.

Previous post: Fly-By: Oh If I had the wings of an eagle….