“Please Assist Us In…” Norming the Perverted 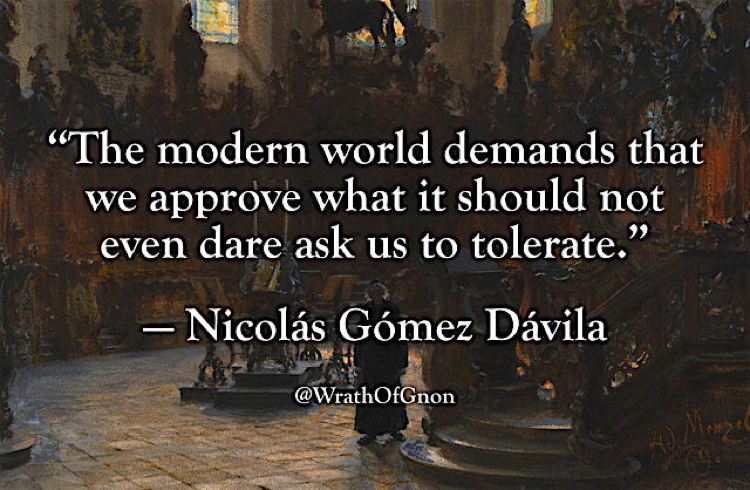 This morning, for the first time in over a year, I had an appointment with a specialist at the local hospital in Paradise. I arrived at the hospital and the clinic for specialty services to check in.

Receptionist: “Thank you. Just point to the line that you associate with yourself and we can get started checking you in.”

She slid the following laminated card over the top of her workstation screen   and waited. 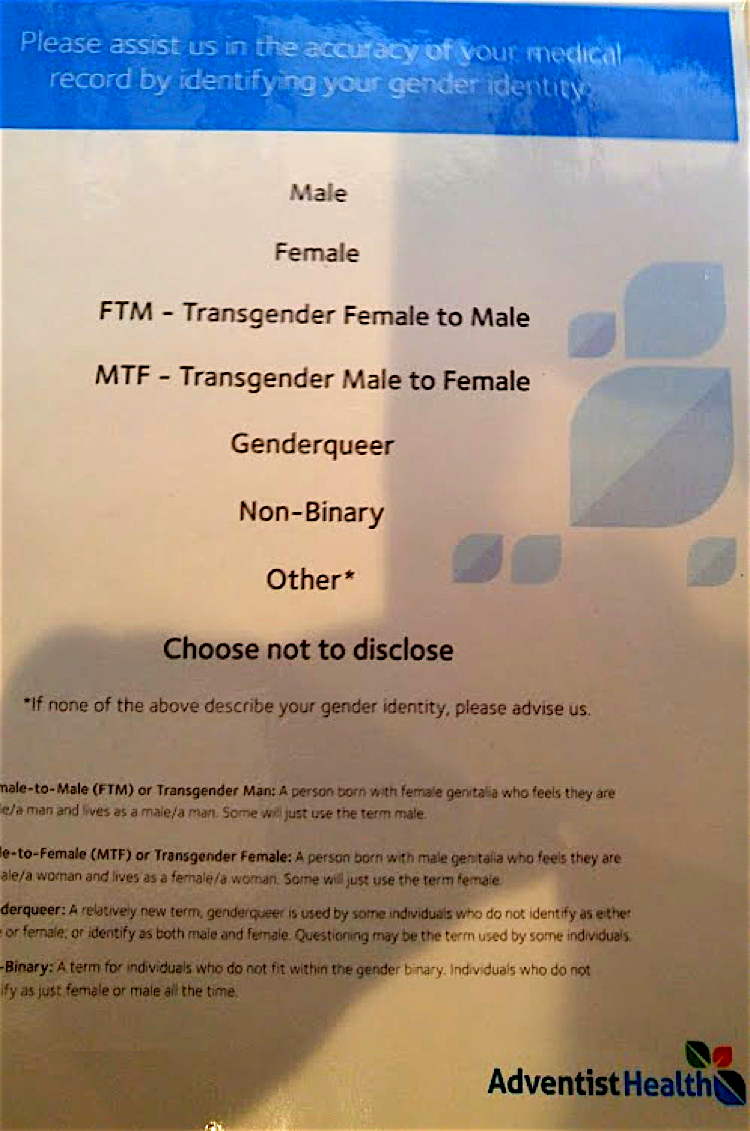 And I, ever so slowly, absorbed this new directive.

I looked up and gave her a straight look. She looked down, embarrassed that she was now required  to do this to every single person that presented themselves to check in to the clinic, and, I imagine, the hospital itself.

After a few moments in silent mourning for the utter loss of sanity at a previously sane medical establishment, I gestured vaguely at the sheet and she got on with it.

While she was doing so I took out my camera and snapped the above shot of this foaming-at-the-mouth “medical” form. She didn’t like that since she knew that there would  be a moment when this new “duty” was subject to the derision it deserved.

I spent a few minutes after my appointment pondering the incident and wondering, not for the first time, how the bull-goose loonies of our oozing bureaucracies have slathered their thick and goozy depravities over the state of California and into ever nook and cranny of our public and now private life.

Once a person’s sexual proclivities were private to that person and those in their life that shared them or those friends one decided to tell. Now one is required to declare their sexual tastes upon showing up at a hospital.

Somewhere there are teams of state-employed perverts who, every day, come to work in their state-furnished offices, hold meetings, create fresh slabs of crap like this, make them “mandatory,” and then just spray them out like a Rooter-Rooter septic truck on steroids.

It is said to be, by these sub-human and un-fireable office holders, because being sensitive to people of all kinds is “who we are as a people.” But it is not that. It may once have been that but no more.

Now, with the arrival of sheets like the one above, we can see the program as it really is: The Norming of the Perverted.

Many folks might say, in reaction, “Well, that’s how you get more Trump,” but that’s false. In the end, this kind of pushing on tradition and normality by the perverted bureaucrats is how you get a violent reaction that those twisted deviants fear most. And with reason.

I hope they return to reason before that point, but nothing I can see tells me they are that reasonable.

Once upon a time, Lenin, upon grabbing the reins of power, sent out a call to purge the left-behinds. This was the infamous  “Hanging Letter” which concluded:

Hang (and make sure that the hanging takes place in full view of the people) no fewer than one hundred known landlords, rich men, bloodsuckers. Do it in such a fashion that for hundreds of kilometres around the people might see, tremble, know, shout: “they are strangling, and will strangle to death, the bloodsucking kulaks”. Yours, Lenin. PS Find some truly hard people”

The Left, wherever one encounters it in America, seems to believe that the ratchet of history only moves one way. It doesn’t. And the “truly hard people” of America are not, these days, on the Left.

Next post: RIP Gunny See You a Little Further Down the Road

Previous post: Before the Dependably Dire Events of the Week to Come A Few More Words from My Sponsors