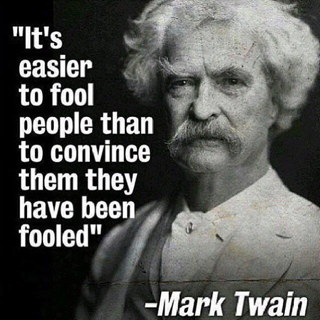 I DON’T KNOW ABOUT YOU, but I have a secret love for private emails so awful that they are copied anonymously about the Net that others may laugh and/or writhe at their innate cluelessness. It is an ancient, if not honorable, tradition and once involved flames, threats, and love notes rife with embarrassing details before people started being careful about those things.

The most recent missive to show up unbidden but cherished in my In-Box is a letter on “conflict” from a hapless and dickless dolt who has evidently been on a drip-feed of Political Correctness Kool-Aid for some decades now.

This is a letter that reveals a soul teetering on the edge of catastrophic mental collapse as the progressive bromides, solutions and blather of the last few decades of academe devolve into an ever-escalating Tourette’s episode from which there is no escape, only life in a strait-jacket and locked in a padded cells with hosts of fellow sufferers.

All of whom have mysteriously received tenure.

While there are many examples of the “The Manic Meltdown of the Liberal Mindset in the Post-Post-Modern World,” this one has it all; blatheration, obfuscation, estrogenation, and the “mind-forged manacles” of a philosophy that not only has no answer to the current era, but no chance of surviving it. It’s the kind of note that is probably read very slowly at the start of Terrorist Anonymous meetings right after “We admitted we were powerless over our desire to kill infidels” to much mirth and merriment just before coffee and cookies.

The full flavor of this letter comes out if you read it slowly and out loud to yourself. You could read it out loud to others, but I’ve tried that and found it causes them to set their hair on fire and run out of the room screaming, “I got the Fear! I got the Fear!”

Proceed at your own risk.

It is important for us to mend and move past the “otherisms” that fractionalize the center and cause pain.

“Otherisms” develop when we assign a less-than status to colleagues whose work and contributions differ from our own.

“Otherisms” abound in such words as “we” “they” “they make a big deal out of this”, “they won’t understand” etc. A powerful alternative to otherisms is the building of community and fellowships.

Bridge makers are those persons who refuse to perceive the other as less than and instead establish interrelationships and open channels of communication that engender appreciation and humility across what might otherwise be seen as unbridgeable divisions.

Empathy and respect for others is essential along with a commitment to nurturing relationships with individuals that honor the dignity of all, especially those who disagree with us. By fostering growth potential in individuals … that build upon interconnections that bolster the common cause, we achieve true effectiveness through connectedness and working together.

This welcomes a diversity of voices and resolves conflicts with humility. Each person has his or her own contribution and ways of working toward the common cause with no one less than or more than anyone else.

All of us are fallible human beings who have a large potential to grow and contribute. This bridge making serves to strengthen everyone’s contribution and pride and commitment that otherisms destroy.

When we approach others whose work, interests, and contributions differ from our own with an open, positive, and empathetic heart and mind, we see each person’s unique treasures and contributions more clearly.

A more inclusive vision promotes unity and paves the way for the richness of collegiality to be experienced by more persons than exclusivity.

I urge us to think about the whole and work together and examine openly and reflect how we might each be better bridgemakers and more effective in our mission to serve the center with humanity, humility, and utmost effectiveness.

Thank you for taking the time to read this and reflect upon becoming a bridge maker.

And thank you for sharing or, as my late father-in-law would say, “Putz.”