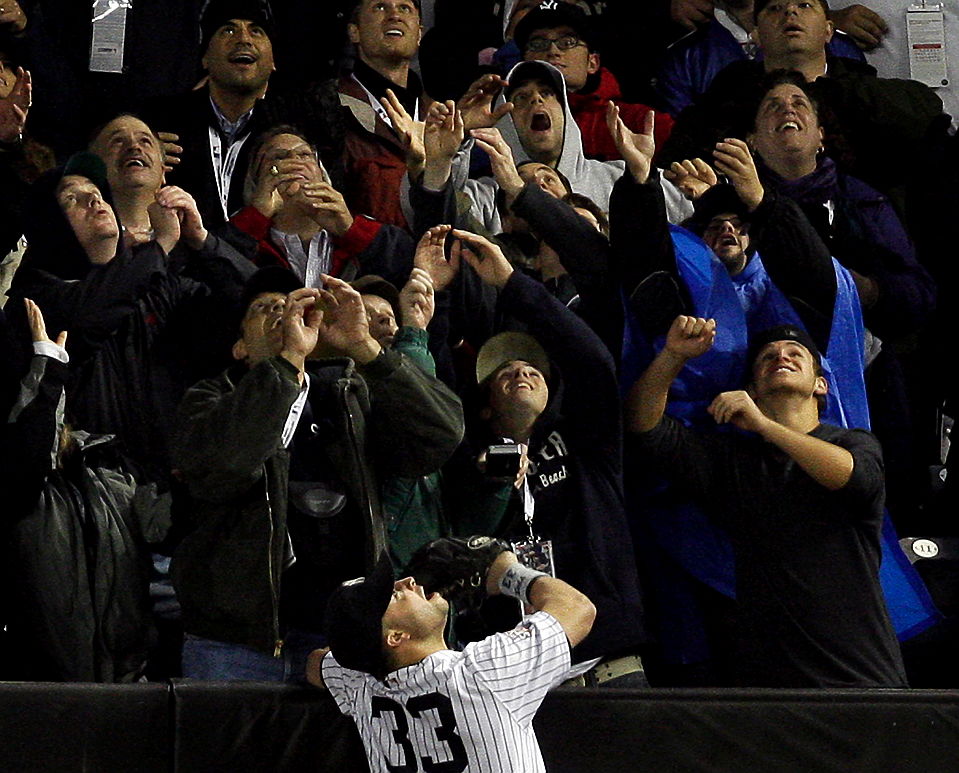 As long as we have Opening Day every Spring and the World Series every Autumn, I will continue to believe to the adamantine rock bottom of my soul that God blesses America and has an exceptional plan for this nation.

Look at the moment above captured in Game 1 of the 2009 World Series. It could be hung in the Norman Rockwell Museum and not be a tittle of a jot out of place. In every face (except Swisher’s) is an expression of pure joy as they all realize that on its way to them, at that very moment, is every baseball fan’s most cherished dream from childhood: The chance in the stands to catch a fly ball in a World Series game.

In another few instants only one fan will come up with it, but in this moment all have a chance at it and all are transported at the opportunity to transcend themselves and enter into something bigger, brighter, and finer than their lives would otherwise be. In this instant, preserved now forever, they are all in The Show.

And that’s the way it is in America. That’s why we see many footprints leading in and few coming out. For with all our quarrels, our disagreements, our struggles, and our incessant bickering, this remains a land where you can always get another turn at bat, where you can always, right up until six months after death, get another chance to swing for the bleachers. And where, even if you aren’t a player in “The Show,” you can buy a seat out on the right field line and wait there for the crack of the bat, the rise of the ball against the sky, and… it’s coming, it’s coming…. and whap, you got it. You’re in “The Show.”

And in that moment life, the universe, and everything else comes down to one great roar of joy from yourself and the rest of the crowd.

Baseball, from a hot grounder on Opening Day to a high fly ball in an Autumn sky is the arc of the essential America. Nothing like us ever was. 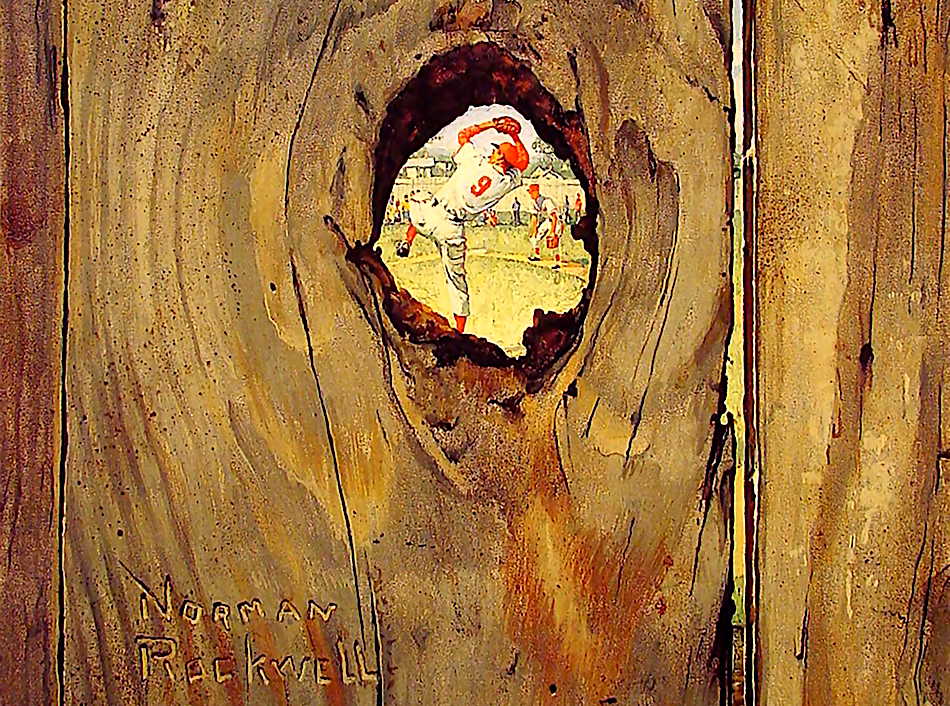 Next post: “Watch out for that first step, its a doozie.”

Previous post: True but Forbidden 16: What Fools These Mortals Beez