Bad things are afoot at Evergreen and elsewhere. neo-neocon ｻ Blog Archive ｻ Another Evergreen story Listen to this video of a brave young man who speaks the truth. I certainly hope he is left alone after this video. But I don’t think that will happen. 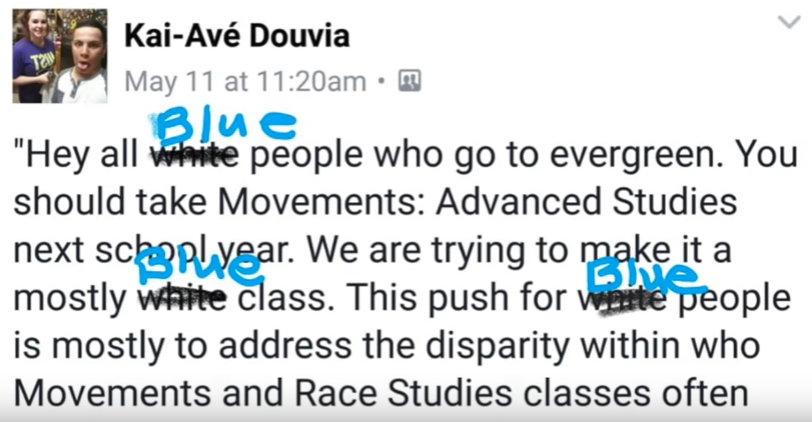 “I had people saying that I was a person of color that just wants to be white and I don’t act like people of color should.”

According to Douvia, he posted something on Facebook which was meant to point out the hypocrisy of social justice warrior students. They had written something about “students of color” and he rewrote it substituting with the word “white” to show the double standard. That simple action earned him scorn, confrontations, and even an order to stay away from certain other students.

The entire video is a little over 14 minutes long but worth your time.