One Line and a Link 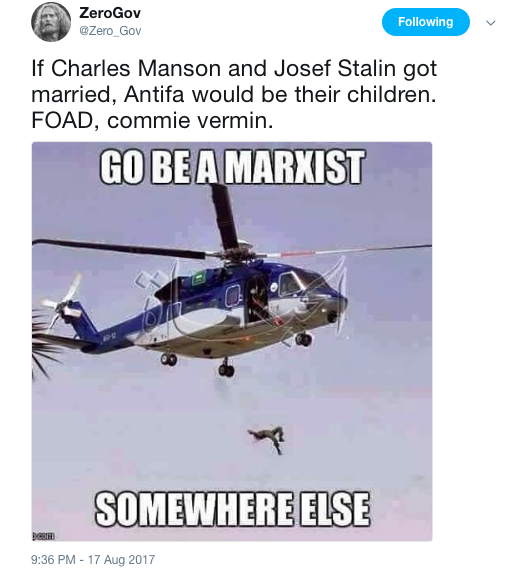 Every normalization of extremism equally normalizes the extremism of the opposite side. Sultan Knish: Weimar America

Just because the Summer of Love took place 50 long years ago, well before most of you were born — before 60 percent of the country was born — nobody should get the idea that it’s something irrelevant, some dim event from antiquity like the Wars of the Roses or the Annexation of Guam.   Flowers in Their Hair: The Summer of Love, 50 Years Later | The Weekly Standard

It often sounded, my mother says, as though heavy furniture was being pushed around, but on the occasions she worked up the courage to go downstairs and confront any intruders, the first-floor rooms were always empty, the Mission Oak furniture in place. Priscilla: A Ghost Story

I apologize if this makes me seem callous towards the recent Islamic terrorist attack in Barcelona but how many acts of barbaric savagery must we obsess over before Western civilization decides to do something rational to stop it? MOTUS A.D.: What We Need Here Is More Sand

These structures are testaments to the resiliency of a town that refused to die, whether abandoned by inexperienced homesteaders, those with dreams of agricultural fortune, or the man who put it on the map. The 1960s Real Estate Mirage of Christmas Valley – Atlas Obscura

And once all the Confederates are gone, one must begin with the explorers, and then the slave owners like Presidents Washington, Jefferson and Madison, who seceded from slave-free Britain. White supremacists all. America’s 2nd Civil War

Since it’s relatively easy to go after Nazis or dead Confederates compared to radical Islamists backed by oil money and guns it is human nature to go after the low-risk bad guys. Burn-through | Belmont Club

Will the Left still be talking about Charlottesville when a runaway truck barrels across Times Square and down Broadway? Charlottesville, Barcelona, and the Left’s Nostalgia for Naziism | Roger L. Simon

It doesn’t help your relationship with a dog to anthropomorphize them, although a little is unavoidable and probably defensible: hanging around humans as long as they have, they must have traits that are echoes and sympathetic vibrations of our own. LILEKS (James) :: The Bleat 2017 FRIDAY

And always remember that blank walls do not inspire, pageless books are unable to convey wisdom, and lives lived without contemplating the wide range of human action are powerless in the construction of a better world. On Monuments | Joel D. Hirst’s Blog 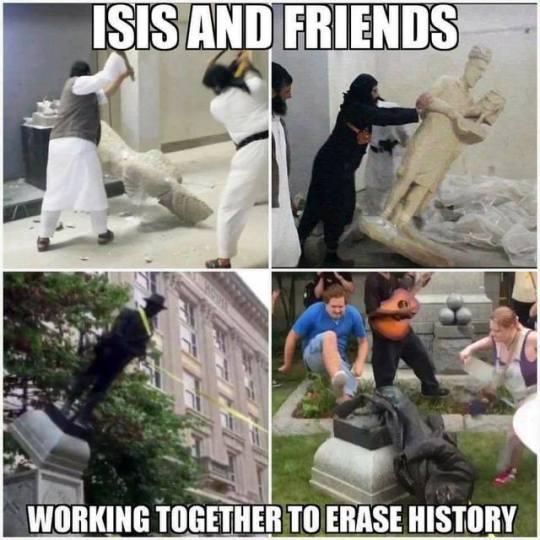