MACBETH: Canst thou not minister to a mind diseased,
Pluck from the memory a rooted sorrow,
Raze out the written troubles of the brain
And with some sweet oblivious antidote
Cleanse the stuff’d bosom of that perilous stuff
Which weighs upon the heart?

Doctor: Therein the patient
Must minister to herself.

Online, offline, in the stores, on the television, coming in on all wavelengths and drenching sensible people the left’s fetid propaganda mills  grind on and on and on and on… until the sane man sets his hair on fire and runs from their rusting soulprison into the streets shouting shouts, “I got the fear!”

But even on the mean streets you are never safe from the mind diseased of the Moonbat. Leftists are like junkies. Once the needle goes in it never comes out.

I was mentally mugged on a Fort Bragg street last summer by the car of a mind diseased Moonbat. I’d gone out from my hotel to get some morning coffee and a pastry. To do so I had to pass through a door on which this was displayed:

I’d grown used to this printed preening in the previous days since Fort Bragg, being a 99.99% straight white town on the northern California seacoast, was especially anxious to assure any black MTF or FTM transsexual who might wander into town that they’d be given hugs and oral sex on demand.

Seeing such a sign on merchants’ doors all over town stopped me the first time but, having determined my chance of bumping into a black transexual drag queen in this latter-day hipsters hellhole was less than zero, I just clicked my ruby Ferragamos together and breezed on in.

I got my pastry and my gluten-free, fair trade, fuck-you-pay-me-five-bucks  coffee from the butch lesbian in a lumberjack’s plaid shirt that failed to contain her moobs and, not wanting to watch the gathered moonbats grind through their New York Times for a tasty morsel of Trump hate, I hit the bricks and headed toward the edge of town and a view of the ocean. I rounded the corner and this Moonbat mobile brought me to a halt. 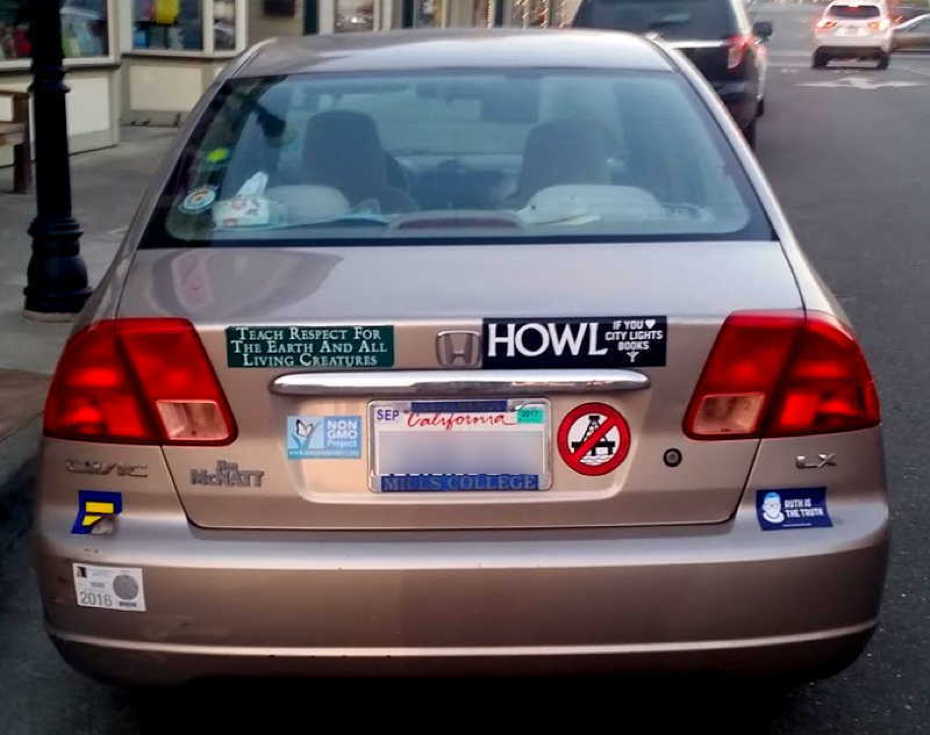 I glanced about anxious that whatever gyno-moonbat owned this car was not sneaking up on behind me to cut my conservative throat with a day-old croissant. The coast was clear so I began to document all the elements that this mind diseased Moonbat had chosen to display on her automotive exoskeleton.

Here’s a complete collection of how her mind diseased presented itself for my diagnosis.

First, we have the halo of purity surrounding the license plate.

From these blasts of graphic flatulence one might conclude that the driver of this vehicle is employed by some half-baked “educational” institution when she’s not wandering the small towns of the California coast to make sure they are down with the leftist program. First her car commands all who see it to “Teach Respect” for her bump and grinding goddess Gaia and all the other gynolife forms bobbing in the cesspits of the Moonbat metropolises. And how does she plan to enforce her iron-manjawed moonbat will? One way is obviously to have all living creatures learn to recite by heart the yawping of sad old Allen Ginsberg’s gay beta bitchfest, “Howl.” Another part of the plan is to reject all genetically modified foods so that cartoon butterflies may live while humans in the third world starve. And we must not forget to denounce all drilling for oil in the ocean while driving an automobile full of refined petroleum products.

I crept around the car and photographed other virtue signals this mind diseased Moonbat had applied to the windows and body to assure others that the driver was a really, really, really, really nice Gyno-American who had learned to say and to support all the nice things.

Here’s a testament of her love for an ugly and — at last clearly — demented Moonbat saint complete with the assertion of Rabbi Ruth’s Papal infallibility.

And since we haven’t sucked up to the Greens enough, here’s a decal telling you to protect what you love…. but without, I presume, the AK-47 you’d need to do so. 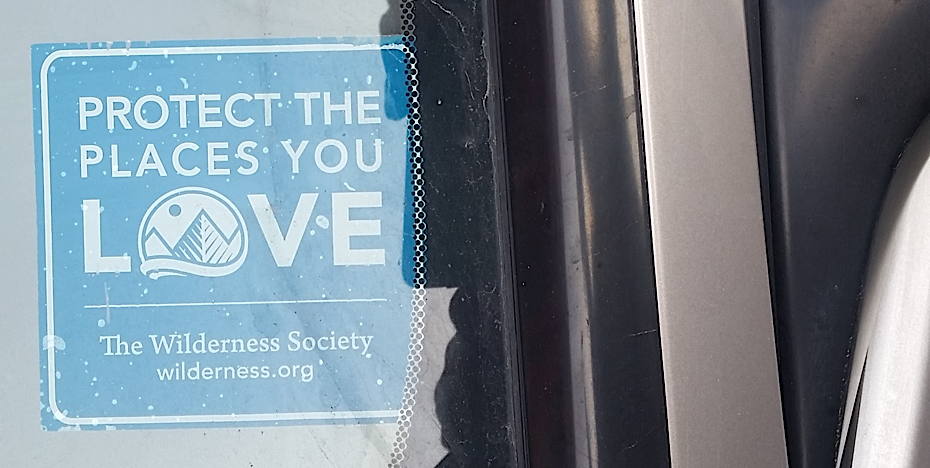 Displayed proudly and deliberately inside the left corner of the rear window is this wonderful tome dedicated to the Indian tweaker who spent a lot of time sleeping with very young girls to test his “celibacy,” failing, and then guzzling his own urine just to top off a roll in the hay. What a man! I’m sure the not-so-young-girl who owns this car would guzzle along with him. 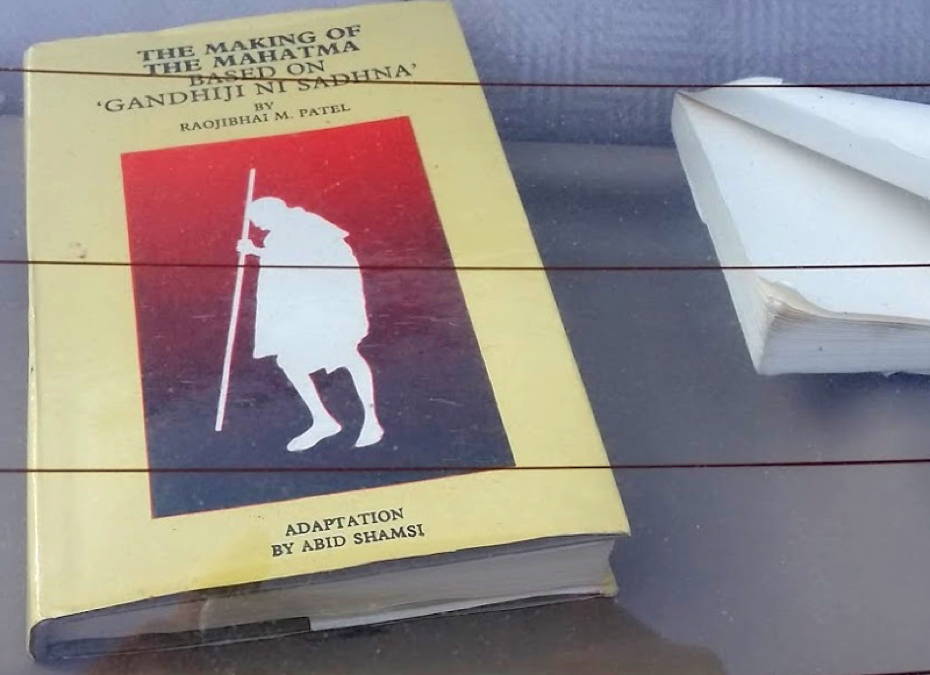 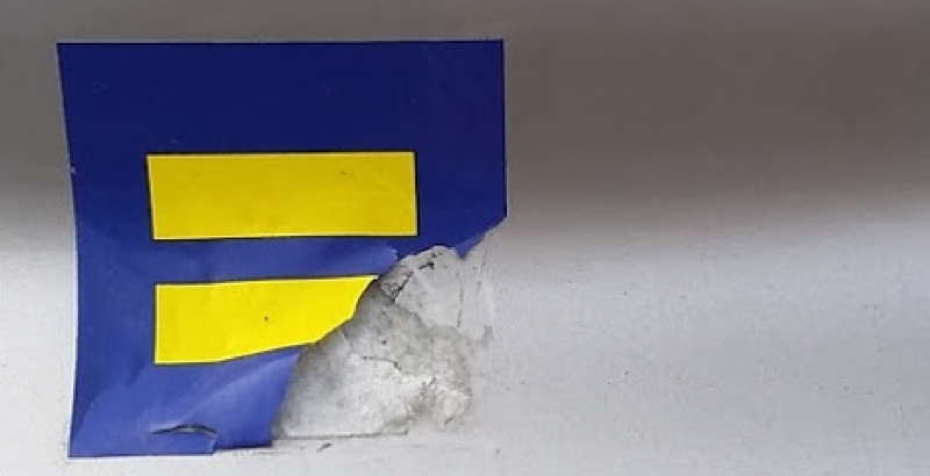 Where, oh where, you might ask can this Moonbat possibly have gone to school in order to become more leftist than someone who went to, say, UC Berkeley? That’s easy:

She’d graduated from Mills, an old lefty — previously “Girls/Womens” —  college down in Oakland that is actually more infected with Socialist STDs than Berkeley.

That, of course, does not mean that she can’t continue to infect her mind diseased by living in the modern major Moonbat asylum….. Yes, you guessed it…

(Note the upper left corner of this permit to see that Berkeley feels it has to make an icon out of the races in order to assert, as Berkely does, that race is just a “construct.”)

With that I’d completed my walkabout of this mind diseased Moonbatmobile and, feeling like I was living in an acid flashback from the 60s, I beat a quick retreat to my own vehicle, “The White Whale,” and slipped out of town lest I be infected by the same virus that has destroyed this mind diseased.

In a previous life I would have wanted to help this sad semi-female Moonbat to return to reality, but I have learned through hard experience that, as the Bard says,

Therein the patient
Must minister to herself.

Previous post: On Abortion in the Wake of Ireland’s Spiritual Suicide Pact