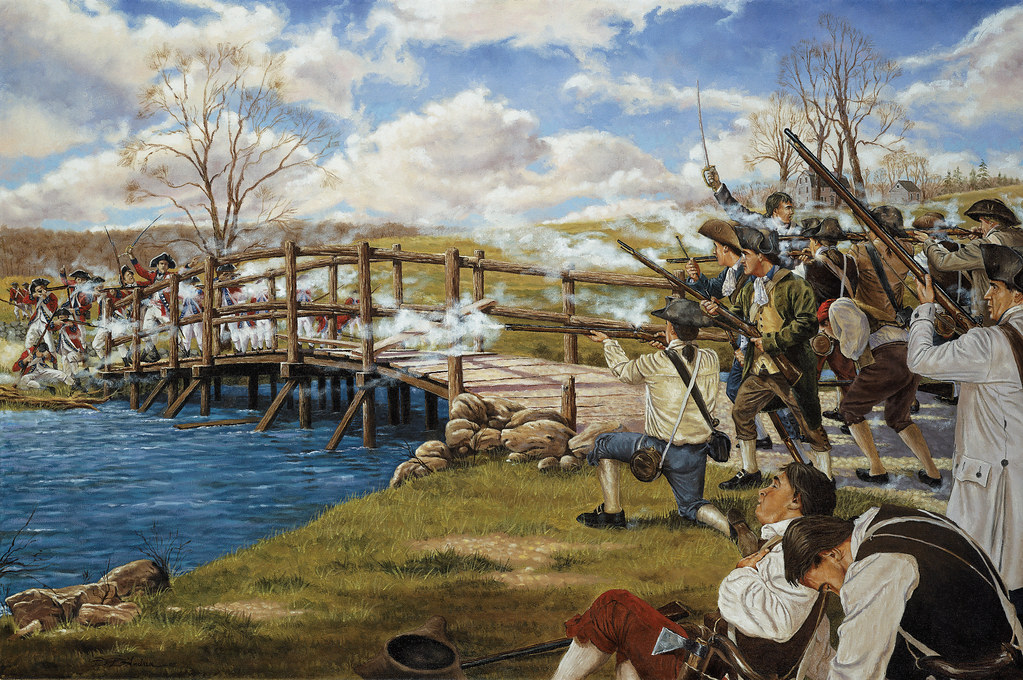 Concord Hymn
BY RALPH WALDO EMERSON
Sung at the Completion of the Battle Monument, July 4, 1837

By the rude bridge that arched the flood,
Their flag to April’s breeze unfurled,
Here once the embattled farmers stood
And fired the shot heard round the world.

The foe long since in silence slept;
Alike the conqueror silent sleeps;
And Time the ruined bridge has swept
Down the dark stream which seaward creeps.

On this green bank, by this soft stream,
We set today a votive stone;
That memory may their deed redeem,
When, like our sires, our sons are gone.

Spirit, that made those heroes dare
To die, and leave their children free,
Bid Time and Nature gently spare
The shaft we raise to them and thee.

General Thomas Gage, the British Governor of Massachusetts, had already decided that Lexington was full of rebellion, and ordered a contingent of British troops to march against the rebels who had formed a “shadow government.” He wanted to capture John Hancock and Samuel Adams, who were thought to be in Lexington. He also had orders to seize a cache of arms and gunpowder believed to be in possession of the rebels. Yes, the American Revolution began when the British wanted to take our guns.

Next post: “Seeds,” I tell you. “Seeds of Fever and Seeds of Plague That Pass Through the Air”

Previous post: They Want You to Die If It Means Trump Loses